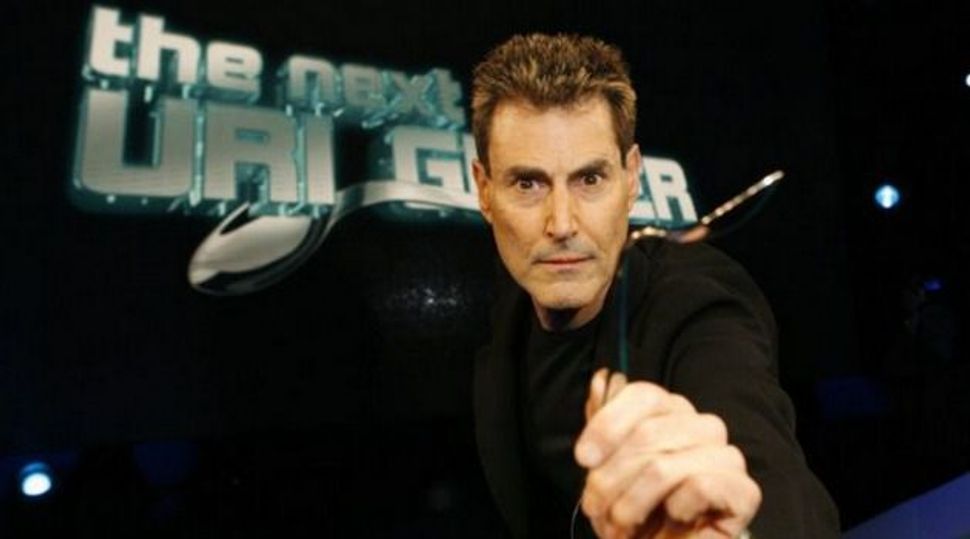 Really, can you blame them? Faced with ongoing rocket fire on the citizens it’s meant to protect, Israel’s military has done the only truly reasonable thing it could do: It hired a spoon-bending mentalist named Uri Geller.

More than two decades after the first time the PLO agreed to recognize Israel in exchange for peace; a decade and a half since the PLO reaffirmed that decision three times in the space of a few months; 11 years since Israel and the PLO signed on to the U.S.-backed Roadmap to Peace; nine years since Israel pulled up stakes in Gaza and locked the door; eight years since the mini-war on Gaza (launched in a failed attempt to free Gilad Shalit) that no one remembers; five and a half years since Operation Cast Lead, launched to end rocket attacks; a year and a half since Operation Pillar of Defense, launched toward the same end — Israel has neither achieved peace nor pounded the Palestinians of Gaza into submission.

And so the rockets continue. And, of course, the Israeli military remains charged with protecting the civilian population, a thing that is genuinely very hard in the face of this particular threat, because the rockets fall sporadically, are ill-aimed, and arrive within seconds of being fired. All the military can really do, via its Home Front Command, is try to educate people how best to protect themselves.

…[The campaign] aims to keep Israelis vigilant, though public fears of any imminent war with Iran, Syria or Lebanese and Palestinian guerrillas have receded.

…In the ads, Israelis are invited to submit their location at the military’s Home Front Command website, where pre-recordings of Geller will “telepathically” inform them where and how quickly to seek cover if air-raid sirens sound.

But really, I think the Home Front Command is selling Mr. Geller short. Given his skillset, perhaps Geller could bend Prime Minister Netanyahu’s mind toward actually supporting the two-state peace he (occasionally) claims to want but actively undermines at every turn. Maybe Geller could unbend the mind of Minister-Of-Many-Things (and second most powerful politician in Israel) Naftali Bennett, so as to introduce some sense to his thinking about the conflict? Or – no, wait! I know! Geller could bend the Palestinians into Zionists! After all, we all know that’s the only thing that will really stop the rockets.

Interestingly, the day before Geller’s campaign launched, something else happened down at Home Front HQ:

The director-general of the Homefront Defense Ministry resigned on Tuesday in protest of an ongoing dispute with the Defense Ministry, which he said has left his ministry paralyzed and the Israeli civilian sector unprepared for emergencies.

Dan Ronen tendered his resignation in a letter he sent to Homefront Defense Minister Gilad Erdan, in which he lamented the lack of oversight powers or the ability to enforce policy aimed at better preparing civilians for war or natural disasters.

The intentional targeting of civilian populations is a war crime; living with the terror of unpredictable rocket and missile attack is nothing I would wish on anyone. The struggle to keep spirits high is real, and often takes unusual turns — so sure, Uri Geller. Why not? Though it’s just possible that giving the director-general of your Home Front Command what he needs to do his job would be a good idea, too.

Or, hey, here’s a really crazy idea: What if, instead of hiring professional spoon-benders, Israel took its citizens’ security seriously enough to get serious about peace?