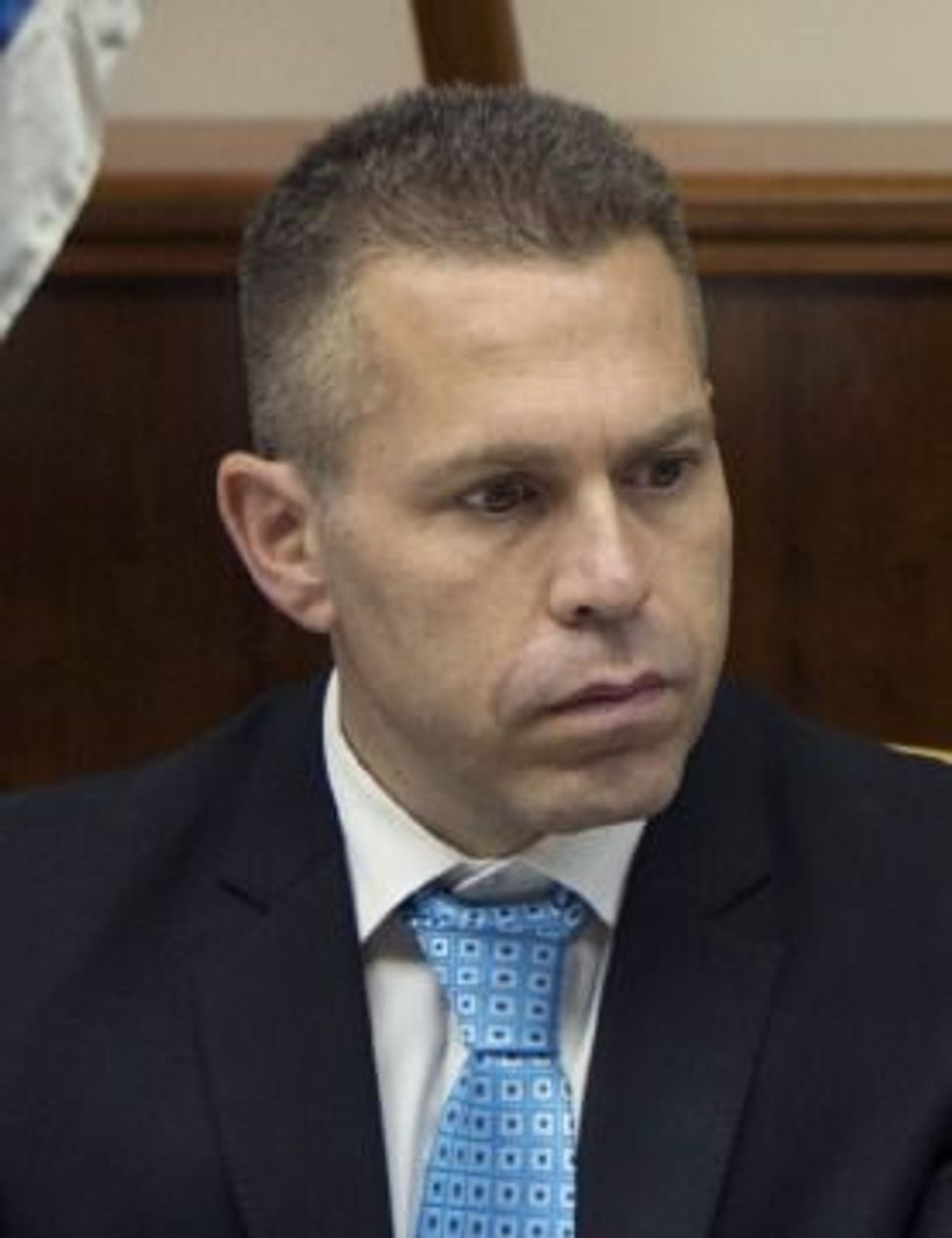 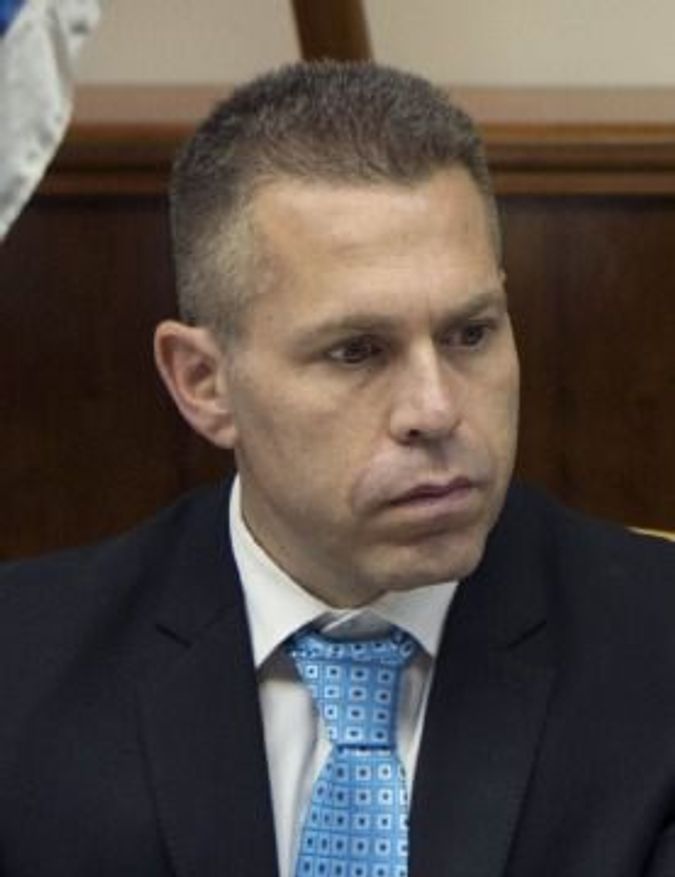 Well, I said he’d do it and he’s doing it. Israel’s foreign minister, Avigdor Lieberman, has reportedly (see here and here) offered the job of United Nations ambassador to the information and homefront defense minister, Gilad Erdan, when current ambassador Ron Proshor steps down in December. Erdan’s departure would bring the next candidate on the joint Likud-Beiteinu 2013 electoral slate, Leon Litinetski of Lieberman’s Yisrael Beiteinu party, into the Knesset.

All else being equal, that would boost Yisrael Beiteinu’s Knesset representation to 13 seats and reduce Prime Minister Netanyahu’s Likud to 18, making Likud the second-largest party in the Knesset after Yair Lapid’s Yesh Atid (with 19).

Of course, all else is not equal. Netanyahu is said to have given his approval to the Erdan nomination, but “sources in the Likud” are telling reporters (Maariv, Jerusalem Post) that the party won’t accept Erdan’s nomination unless a Yisrael Beiteinu minister quits the Knesset (while remaining a cabinet minister) to make way for the next person on the joint list, Likudnik David Bitan.

Agriculture minister Yair Shamir, a Lieberman ally, was reported in August to be willing to leave the Knesset. At the time I reported that it wasn’t clear how that would help Lieberman, since trading Shamir’s seat for Litinetski’s wouldn’t change the balance between Likud and Yisrael Beiteinu. Now it becomes clearer.

It’s still not clear whether Lieberman can bring in Litinetski without sacrificing Shamir’s seat to preserve the current party balance, but nobody ever went broke betting on Lieberman. Martin Indyk told an audience in Aspen in July that Lieberman is “the smartest politician in Israel.” And nobody underestimates the bad blood between Lieberman and Bibi.

All things being equal, falling to second place wouldn’t necessarily threaten Netanyahu’s prime ministership. During his last term, from 2009 to 2013, he had one seat fewer than Kadima (27 to 28) but became prime minister when then-Kadima leader Tzipi Livni couldn’t cobble together a Knesset majority to form a coalition.

But again, all things aren’t necessarily equal. Bibi has trouble brewing on other fronts as well.

The cabinet is due to vote in two weeks on the 2015 budget that’s been prepared by Yair Lapid, the finance minister. One of Lapid’s pet provisions is eliminating the value-added tax on apartment purchases for most first-time home buyers. Lowering the crippling cost of housing was a central plank in his election campaign, which focused heavily on easing the burdens on the middle class. Netanyahu is said to be backing away from his early support of Lapid’s VAT plan because of the defense budget, which the military wants increased by 11 billion shekels ($3 billion) in the wake of this summer’s Gaza war.

Lapid has threatened repeatedly to quit the coalition if his plan doesn’t pass. This week he reportedly upped the ante and threatened to quit if the prime minister doesn’t publicly back the plan.

The government, which currently has 68 seats in the 120-member house, wouldn’t necessarily fall if Lapid pulled out his 19 seats. Netanyahu would move quickly to replace him with the 18 seats of the Haredi parties, which are desperate to get back inside the governing coalition in order to replace hefty state budgets they’ve lost since being shut out last year.

On the other hand, if Lapid quit, there’s every chance that Tzipi Livni would quit, too. Removing her six seats together with Lapid’s 19 and replacing them with the 18 Haredi lawmakers would leave Bibi with an impossibly narrow one-vote majority, 61 to 59. He could probably bring in the two seats of Shaul Mofaz’s rump Kadima party, but that would still mean just 63 seats. He’d be vulnerable to every blackmail threat from every angry lawmaker in his coalition.

Bibi could call new elections, but he doesn’t want to do that. Polls show that elections today would bring gains to him and the right-wing bloc as a whole. He’d rise to perhaps 24 seats, followed by Naftali Bennett’s settler-backed Jewish Home party at 19. Lieberman wouldn’t gain or lose. The biggest loser would be Lapid, who would drop to single digits. Theoretically a net gain for Bibi. Howver, having Bennett and his settlers as the second-biggest force in the Knesset would mean constant friction with Washington and the Europeans. Moreover, the bad blood between him and Bennett is as bad as with Lieberman. Both are former Netanyahu chiefs of staff. (What is it with Bibi and his former chiefs of staff?). Bibi’s survived worse, but the gamble goes against his innate caution.

In any event, elections aren’t being held today. The soonest possible date would be early 2015. By then much of the anger over the summer’s war would have dissipated, and voters would likely have returned to their usual habits. As a reminder, the left has an edge over the right in today’s Knesset, 48 seats to 43, with the rest divided among Haredim and Arab-backed parties. The only reason Bibi was able to form a stable government was that Lapid, whose voter base is overwhelmingly liberal, decided to go into a Netanyahu-led government in alliance with Bennett in order to lead a civil revolution, lower the cost of living and bring the Haredi population into the army and the workforce.

There’s yet another possible scenario, though it’s far-fetched at the moment: a deal that unites Lapid and Livni with Yitzhak Herzog’s Labor Party and — are you sitting down? — Arye Deri’s Shas. The Sephardic Haredi party is commonly thought of as right-wing, and that’s true on most matters, but not the territories. Deri is a staunch follower of the late Rabbi Ovadia Yosef, who favored trading land for peace in order to save lives.

Lapid would have a hard time sitting in the same coalition as Shas and its Ashkenazic-Haredi ally, United Torah Judaism. Beating up on Haredim was one the founding principles of his party. On the other hand, Livni and Herzog are known to have been talking privately in recent weeks, and it’s unlikely they’re trading hummus recipes.

Lapid is currently under intense pressure from two of the most powerful members of his own party, science minister (and former Shin Bet chief) Yaakov Perry and the party’s Knesset whip, former Maariv military reporter Ofer Shelah. They’re among the party’s most outspoken doves. They’re said to have spent countless hours over the past year arguing diplomatic and military doctrine with Lapid to convince of the urgency of an Israeli-Palestinian peace deal. They’re credited with Lapid’s June 2014 Herzliya speech in which he threatened to “not only leave the government but bring down the government” in the event of any formal annexations on the West Bank. Bennett had called for staged annexation just minutes before the same audience moments before Lapid spoke.

Right now, according to Haaretz’s Knesset correspondent Yossi Verter, Perry and Shelah are pressing for a “showdown” over the diplomacy question within the coalition and perhaps even within the party. They’ve been calling for an international conference to lead the reconstruction and disarmament of Gaza, with a new Israeli-Palestinian peace initiative folded into the conference, based on the recently-reconfirmed Arab Peace Initiative. Verter quotes unnamed members of the party as saying that Lapid isn’t enthusiastic about a showdown that could lead to a departure from the coalition over the peace process, but with Perry and Shelah pushing in that direction and Lapid talking about leaving the coalition for his own reasons, anything is possible. Unlikely, but possible.