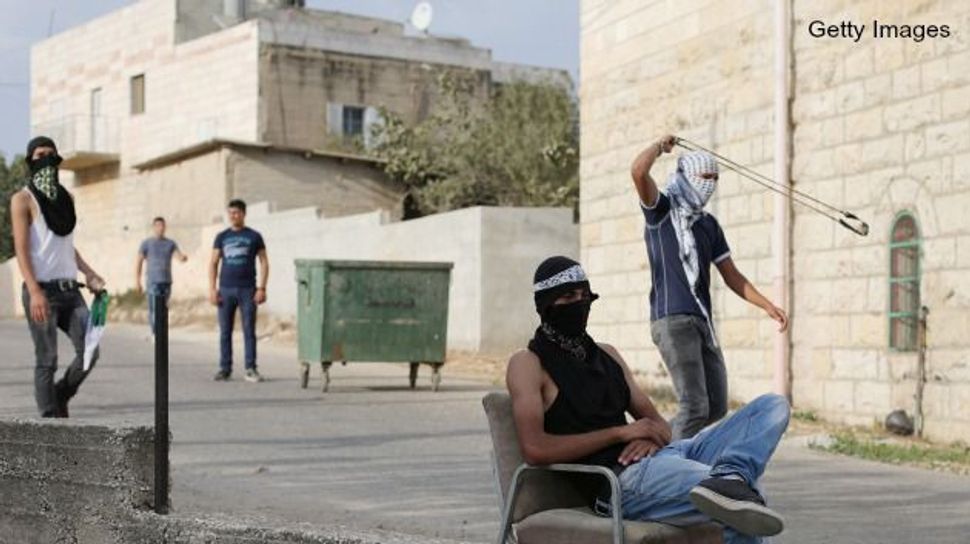 In a potentially explosive report, veteran Yediot Ahronot defense commentator Ron Ben-Yishai writes on Ynet that Israel is headed toward a new confrontation with the United States and its allies in the wake of this summer’s Operation Protective Edge. The Americans and Europeans insist that Israel must strive for a two-state solution with the Palestinians, arguing that it’s unacceptable for Israel to wreak destruction on Gaza every few years, leaving them to pay for its repeated reconstruction. They also claim that renewing Israeli-Palestinian peace talks will help them to mobilize the Arab world to join the fight against ISIS and other extremist groups, Ben-Yishai writes.

Israel, Ben-Yishai writes, is reaching the opposite conclusion. In what he calls “a dramatic reversal,” Israeli officials say that at a time of extreme instability in the Middle East, it would be suicidal for Israel to consider allowing full sovereignty in most of Judea and Samaria, even if the territory is demilitarized. Even renewing negotiations over a peace agreement is unacceptable, the Israeli officials say, because such talks would lead to deadlock, frustration and unrest on the Palestinian street. Moreover, Israeli officials express doubt that the moderate Arab states need “an incentive” on the Palestinian front to motivate them to fight the jihadists, who threaten their own regimes.

Ben-Yishai writes that Israel now seeks to “manage” the conflict with the Palestinians rather than try to “solve” it. Toward the goal of maintaining calm in Gaza as well as the West Bank, he writes,

Israel is even willing to pay a serious price for this to happen and thus — without much fanfare –— Israel waived its objection to internal Palestinian reconciliation and the formation of the Palestinian unity government between the Palestinian Authority and Hamas.

Israel will also work to improve economic conditions in the West Bank and Gaza and ease restrictions on movement between the two territories, Ben-Yishai writes. In fact:

The security establishment now admits that Israel’s airtight closure of the Gaza Strip has worked against the country’s general interests. The blockade created common interests and solidarity between the economically troubled Hamas government and the suffering residents of Gaza, many of whom supported the armed struggle to harm the citizens of Israel, acting out of frustration and anger.

Ben-Yishai’s report appears in English translation at the Ynetnews.com English-language site, but the reader is cautioned that the translation contains some fairly significant errors. Most misleading, the translation says the Americans and Europeans believe Israel “is committed to a two-state solution,” but Ben-Yishai’s Hebrew original says they believe Israel “is obliged to work toward a two-state solution” (חייבת לחתור לפתרון שתי מדינות ) — which speaks only of the American-European view of what Israel should do and implies nothing about Israel’s intentions. Moreover, the translation says Israel believes “there is no way to transfer the majority of the Jewish population in the Judea and Samaria to Palestinian sovereignty.” The Hebrew doesn’t mention the Jewish population, but merely says it’s “impossible to consider transferring most of Judea and Samaria to full Palestinian sovereignty” ( אי אפשר לשקול בכלל העברת רוב יהודה ושומרון לריבונות פלסטינית מלאה ).

If Ben-Yishai is right about a new Israeli policy taking shape (and few Israeli journalists have a better record than his), it probably won’t come as a surprise to skeptics of Israeli intention, who have accused the Netanyahu government for some time of insincerity in aiming for a two-state solution. However, it could require some rethinking among Israel’s leading American advocates, who have long insisted that Jerusalem is eager to reach a two-state solution and end its current military rule over the Palestinian population.

A policy that ties progress on a peace agreement and ending Israeli rule over the Palestinians to the unlikely advent of stability in the broader Middle East — something that’s likely to take years if not decades — is tantamount to a plan for permanent control over a Palestinian population that enjoys neither independence from Israel nor citizenship in the Israeli state that rules them. Add to that the likelihood of continued expansion of Israeli settlement in Judea and Samaria and the stage is set not for calm, as Israeli officials tell Ben-Yishai they seek, but growing tension.

It’s going to be difficult to continue defending Israel as a democratic Jewish state if Israel plans to maintain a population of three or four million non-Jewish non-citizens under open-ended military rule.

Ben-Yishai reports that Israel’s plan for conflict management is currently being developed in the context of talks on Gaza reconstruction. He writes that the talks are being conducted by a five-member working group that includes Egyptian intelligence chief, General Mohammed Tohami; Palestinian prime minister Rami Hamdallah; the IDF coordinator of civilian affairs in the territories, Brig. Gen. Yoav “Pauly” Mordechai; the longtime chief of the political-security division in the Israeli Defense Ministry, Amos Gilad; and Dutch diplomat Robert Serry, the United Nations special envoy for Israeli-Palestinian affairs, who has emerged as a key player in postwar negotiations.

Much of what the group has discussed so far has involved detailed security arrangements to ensure that materials for Gaza reconstruction aren’t diverted to Hamas military use, either in rebuilding tunnels or re-equipping weapons workshops. For anyone who’s wondered how such a security regime could conceivably work, the second half of Ben-Yishai’s report is an eye-opener and well worth a read.