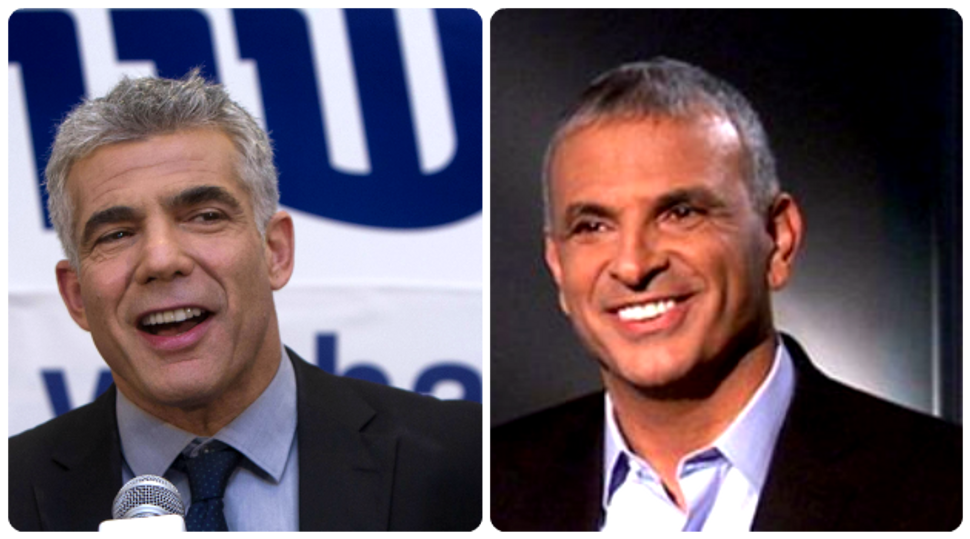 When Yair Lapid skyrocketed to the top of Israeli politics during the last election campaign in 2013, he did it by positioning himself as the most “hevrati” (socio-economically conscious) candidate. He and his party, Yesh Atid, capitalized on the momentum of the “tent protests” that brought half a million Israelis to the streets to fight the rising cost of living. By speaking to this middle-class frustration, Yesh Atid wound up with 19 seats and the Finance, Education, Welfare and Health portfolios.

Now, less than two years later, Yesh Atid has fallen from both grace and the governing coalition, and Israel’s exhausted middle-class has understood that its hope was misplaced. But while Israel’s socio-economic problems are worse than ever, Israelis still want someone to hope with — and this time around, it’s Moshe Kahlon.

Born into a Mizrahi family in a working-class neighborhood in Hadera, Kahlon rose to fame as communications, and later as welfare, minister in Bibi Netanyahu’s second term when he successfully broke the Israeli cell phone cartel, slashing prices by up to 90%. He surprised many by bowing out of politics in late 2012, though there was widespread speculation that he was planning an electoral bid. While Kahlon wound up sitting out the last round of elections, he finally founded his new party, Kulanu (All of Us), last year.

Kulanu’s campaign is heavily based on Kahlon’s reputation as both “social-friendly” and untarnished by the corruption scandals that regularly sweep Israeli politics. According to a recent survey of the Israeli public by the Jerusalem Post and Maariv, Kahlon is the “least corrupt” of the major candidates and best at handling socioeconomic issues. It comes as no surprise, then, that Kulanu is quickly becoming the Yesh Atid of 2015.

But the reality of Kahlon’s record tells quite a different story.

The Social Guard in the Knesset, a non-partisan political organization founded in the wake of the Social Justice protests to monitor Members of the Knesset (and their voting records), produces a “Social Index” of Knesset Members. This Index rates MKs based on how they vote on socioeconomic issues, and is frequently used by MKs who want to emphasize their “socialness.” During this current primary season, Members of the Likud and Labor based part of their candidacy for the primaries on their results in the index, while ultra-orthodox media extensively covered the results of the index within their own community’s group of lawmakers. Given his reputation, you might assume that Kahlon would have received scores closer to those of perennial “social” lawmakers and fellow Likud MKs Reuven Rivlin or Haim Katz. But in his last term in the Knesset, in 2012, Kahlon scored a -6 out of a possible 100 points on the index.

How exactly did this happen? Well, during his term as Welfare Minister, which began in 2011 and ended in early 2013, Kahlon voted against measures that would have increased social security entitlements for the elderly, increased the minimum wage, improved public transportation access, recognized sexual assault at work as a work-related injury, and increased penalties for domestic violence offenders…the list goes on. In other words, he voted against “social” bills more frequently than he voted for them, doing more harm than good to the social agenda.

This past August, the Taub Center, an Israeli research institute focused on social issues, released a report that showed a 50% increase in housing prices from 2007 to 2013. This is the same as the 2011 rate that prompted Israel’s protests. The overall cost of living is growing as well: according to the Knesset’s research arm, the cost of living in Israel rose by 35% from 2005 to 2013. Perhaps worse, the rate of economic inequality in Israel has grown by over 15% since the mid 1980s, a pace three times faster than the OECD average, meaning that Israel now is second only to the U.S. in terms of income inequality: Its rich few make on average five times more than its poor many.

All of this is to say that when the Israeli public looks around for a fresh face, they see Kahlon, a monopoly breaker with clean hands. They don’t see his record — and that’s the problem.