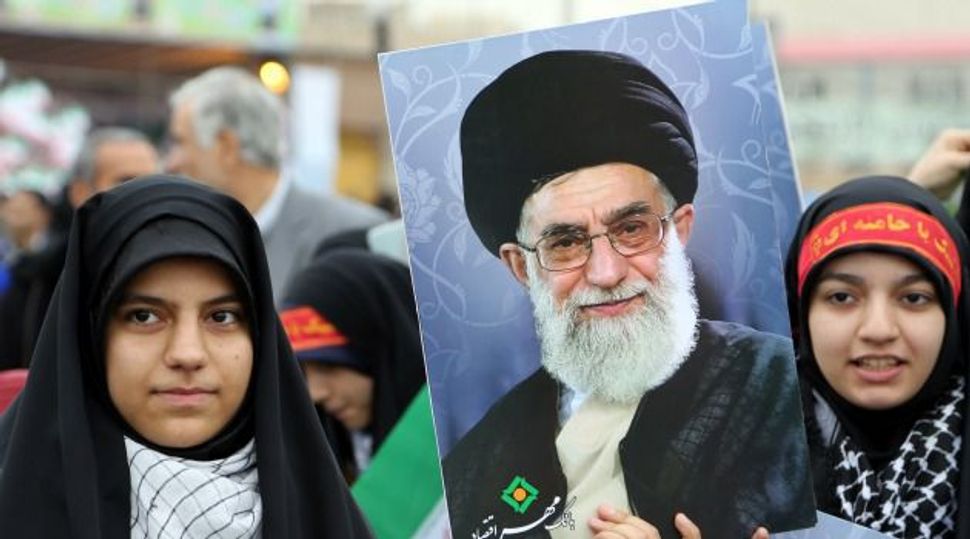 Those of us who believe that the framework agreement between Iran and the United States and five other nations represents, on balance, serious progress in preventing a nuclear arms race in the Middle East were thrown off-balance by the recent remarks of Iran’s supreme leader.

Whether Ayatollah Ali Khamenei’s bellicose assertions were tactical moves aimed at his domestic audience, or a genuine expression of Iran’s final negotiating position will help determine whether this historic gamble results in an actual deal by the June 30 deadline.

Those who were never inclined to believe anything positive could come of these nuclear negotiations no doubt felt vindicated when Khamenei challenged the two pillars of the American approach in an April 9 speech. He said that all the harsh economic sanctions devastating his country would have to be lifted on the very day any final agreement would be signed. And he seemed to rule out any international inspections of military bases or compounds.

Well, that didn’t take long, the critics crowed. President Obama’s pledges that sanctions would be lifted only gradually, to reward Iran’s behavior, and that vigorous inspections would ensure compliance would be for naught if the supreme ruler decides to rule supreme.

But these positions are not new for Khamenei, and they are not shared by the more accommodating factions in Tehran who view a final agreement as the best chance to end Iran’s economic and political isolation. (The speaker of Iran’s parliament and the head of the Revolutionary Guards, for example, voiced support of the agreement).

Just as powerful interests in the U.S. are doing their best to quash this deal, Iranian leaders are clearly engaging in their own form of political jockeying.

Khamenei’s remarks make the difficult task of finalizing this deal more daunting. While the details of this complex negotiation are best left to the experts, we strongly believe that these two subjects — sanctions and inspections — ought not to be severely compromised. International sanctions drove Iran to the bargaining table in the first place, and some must remain in place as a guarantee of compliance. Likewise, to dramatically weaken inspections provides no assurance that the nuclear infrastructure left in place won’t be used for the wrong reasons.

Khamenei’s remarks cannot be discounted. Nor should they be allowed to impede this consequential diplomatic process.