Editor’s Note: With Israel and Hamas militants in the Gaza Strip engaged in their most intense battle since their devastating summer-long fighting in 2014, and Israel itself convulsed by Arab-Jewish clashes some are likening to a civil war, we are republishing this essay from a few years ago. It’s just as relevant in May 2021.

These are dark days for the Jewish people, Palestinians, and everyone who cares about the future of the Middle East. In both Israel and the Gaza Strip, children head off to school not knowing when or where the next attack will occur. But children in the United States are geographically removed from the fray, and their bodies are not on the front lines in this new frightening chapter in the Israeli-Palestinian conflict. So what do American Jewish children know and feel about the conflict? And how should we — their parents, grandparents and teachers — talk to them about it?

Adults tend to underestimate what children understand and are capable of, so during the last terrible escalation of violence in this conflict, the 2014 war between Israel and Hamas, I set out to learn what American Jewish children really know and feel about the Israeli-Palestinian conflict. As a social scientist who studies how American Jewish youth learn about Israel, I spoke with dozens of Jewish elementary school children from a range of denominational and ethnic Jewish backgrounds. These are the lessons I learned from them:

Today’s children have easy access to connective technologies that collapse distance between home and homeland. In the age of the smart phone, children need only glance over a parent’s shoulder to see the headlines from Jerusalem or a video of the latest stabbing attack.

American Jewish children are physically removed from Israel, but they are not psychologically protected from the trauma of the Israeli-Palestinian conflict. Even geographically remote wars viewed through a screen can feel proximate, touching children who have never personally experienced violence.

In light of this reality, parents, grandparents and teachers of American Jewish children must be sensitive to the ways that the traumas of the conflict may be impacting the emotional lives of children, even children who are out of harm’s way. Adults should approach conversations with American Jewish children understanding that kids are emotionally vulnerable because even far-away events can feel close to the heart.

This means giving American Jewish children ample space and opportunities to ask questions, voice their fears and concerns, and have those fears and concerns validated — not brushed under the rug — by the trusted adults in their lives.

By the age of seven, many American Jewish children understand and can discuss the fact that Israel is embroiled in an ongoing, violent conflict. They understand that the conflict can be attributed to multiple root causes. Children know that there are serious disagreements about land and borders, describing the conflict as one about competing territorial demands. They also explain that the conflict is a religious one, thoughtfully discussing ways that Jews and Muslims have clashed, or the ways that Israel is a magnet for global anti-Semitism.

Some children even talk about the conflict as one about differing conceptions of what constitutes a just society, discussing ways in which competing factions put forth different visions about the values that should guide life in the Middle East.

This is an impressive show of understanding for elementary school students, and parents, grandparents and teachers should be talking to kids about the conflict acknowledging that kids are intellectually competent.

American Jewish children do not talk about an “Israeli-Palestinian conflict,” but about a conflict between what one child deemed “Israel versus the other team.” Yet who constitutes the “other team” is generally obscured from their view. For most children, the very word “Palestinian” is foreign, and even children who use words like “Palestinian,” “Hamas” and “Gaza” readily admit that they don’t really know what these words mean.

Yet adults can enter these conversations only when they recognize that kids are capable of affiliating with the Jewish collective even as they learn about the world and worldview of Palestinians. There is no evidence that learning about Palestinians will weaken American Jewish children’s connections to Judaism or to Israel, and there is ample reason to think it will enhance their understanding of both current events and history.

In difficult times, children turn to the trusted adults in their lives for guidance and reassurance. American Jewish children are hungering to better understand the Israeli-Palestinian conflict and, like the rest of us, they are emotionally vulnerable and intellectually capable. It’s time to hug them tight and talk to them about this scary world in which we all live.

Sivan Zakai is assistant professor of education at American Jewish University and an affiliated scholar at the Mandel Center of Brandeis University. She directs the Teaching Israel Fellowship (AJU) and the Children’s Learning About Israel Project (Brandeis). 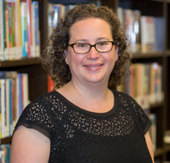