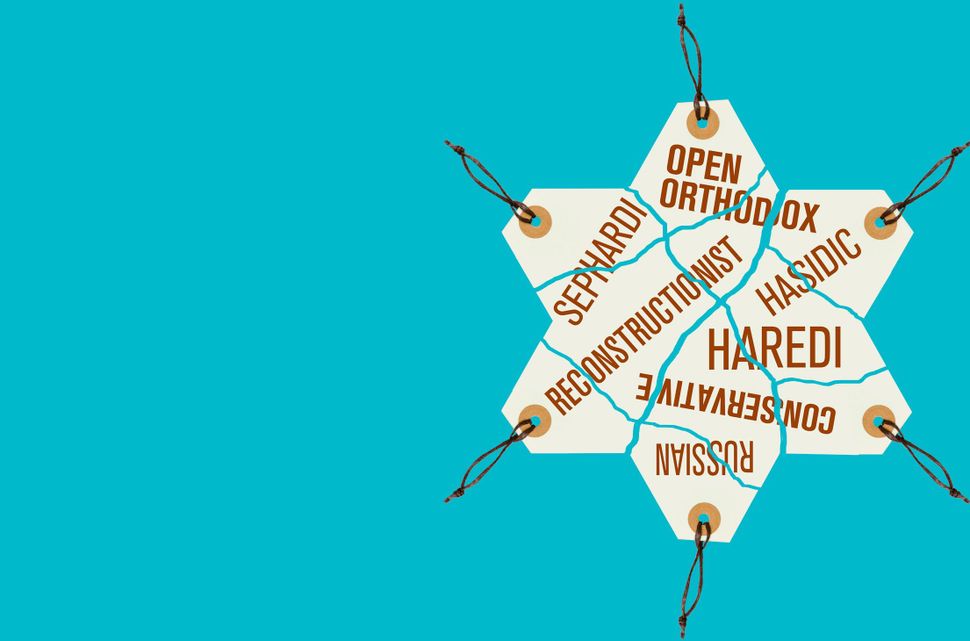 A few small corners of the Jewish world are outraged at the October 30 resolution by the Rabbinical Council of America that its Orthodox members and institutions may not ordain women as rabbis, or hire women to serve as rabbis — and by the subsequent November 2 edict by the ultra-Orthodox Agudath Israel that “Open Orthodox” rabbis may not be regarded as rabbis at all.

Both statements are strong rebuffs to Yeshivat Chovevei Torah and its spiritual leader, Rabbi Avi Weiss, who have ordained women as quasi-rabbis. And the RCA’s in particular is yet another indication that it is not hospitable to efforts to move Orthodox Judaism forward, especially on issues of women’s leadership. For my friends in this denomination within a denomination, it is a blow.

But it’s certainly not surprising. Did the left flank of the Orthodox community really think the middle was going to “evolve” on women’s leadership?

More than anything, the RCA’s and Agudah’s actions underscore the misfit between existing denominational boundaries and actual identity affiliations. Like those maps of pre-colonial America that show radically different Native American boundaries, the artificial movement map of American Jewry obscures a much more interesting set of designations hiding underneath.

At the rightward edge, the Agudah is itself a “union” of various right-wing factions, sometimes but not including the Edah Haredi and other groups. Although the mainstream media often conflates the terms “ultra-Orthodox” and “Hasidic,” the non-Hasidic/Yeshivish and Hasidic parts of the Haredi community have often been in open conflict with one another. Anti-Hasidic Haredim burned Hasidic books and excommunicated Hasidic rabbis.

There is no single “ultra-Orthodox” reality — and indeed, the term itself is generally scorned by those to whom it is applied.

In Israel, the United Torah Judaism party just barely holds together the predominantly Hasidic Agudath Israel and the predominantly non-Hasidic/Litvish/Yeshivish Degel Hatorah parties. The populations live in different neighborhoods and obey different leaders, and only the ignorant Israeli Left views them all as “black.”

These boundaries don’t apply to Sephardic and Mizrachi “ultra-Orthodox” Jews, some of whom behave like Haredim and others of whom behave like Masorti, or “traditional,” Jews of Sephardic extraction. In Israel in particular, it might make more sense to divide up this community into the soccer-on-Shabbat crowd, and the non-soccer crowd.

Next, thanks to the rightward drift of Yeshiva University, there is now a blurry black kippah covering both Lakewood Yeshiva and YU alumni. They, the RCA’s core constituency, often have more in common religiously with non-Hasidic Haredim than with the knitted yarmulkes in Riverdale, even though they may have more in common socioeconomically with what used to be called Modern Orthodox.

And once again this doesn’t capture the nuances of Sephardic communities in the United States or Israel, which may be insular (Syrians in Deal) or intermingling with other groups (traditional Mizrahim in Israel), and which eschew even the concept of denomination.

The mismatch of label and reality continues in the center of the ideological spectrum. Today, Open Orthodoxy has more in common with the small minority of Conservative Jews who are halachically observant than either group has with its home denomination. They may disagree about the extent of women’s leadership and the exact details of legal change, but both groups have a notion of binding-but-evolving religious law, traditional observance of Shabbat and kashrut, and the value of contemporary moral reasoning.

The two groups are so marginal within their respective denominations that they really should just band together instead — except for the fact that around half of the Conservative rabbinate would then be a different denomination from its followers. Modern Conservative Judaism is basically an Open Orthodox rabbinate leading a traditionalist-Reform lay community.

And that doesn’t count the legion of ex-Conservative Jews now leading independent minyanim and other organizations like Mechon Hadar, or the Reform clergy who now keep Shabbat exactly like Conservative Jews. The center is holding, but it is diverse and diffuse.

Likewise, Reform communities diverge widely within America’s largest movement. There are the two-day-a-year, low-touch Jews who write checks and sit in pews. There are Debbie-Friedman-singing, guitar-playing types who have a spiritual enthusiasm all their own, and quite distinct from the wordier Conservative and Open Orthodox folks who still get misty-eyed at a good heiche Kedushah. There are even some classical Reform Jews still around committed to ethics and social justice as a Jewish foundation.

All of these constituencies and many more — Israeli Reform-by-Choicers who act like American Conservative Jews, peoplehood-Jews without a strong religious affiliation but with a very strong ethnic one — have gathered this week at the URJ Biennial, along with Joe Biden and Michael Douglas. So, is the Reform movement fragmenting or flourishing?

Both. The URJ was ahead of the Conservative movement in scaling back its infrastructure, welcoming multi-faith families and morphing into a still-to-be-determined post-movement movement. It’s a tough time to raise money for old buildings, but a good time to celebrate new prayerbooks and a resurgence of ritual.

And then there are the wildcards.

The Russian-speaking community votes Right, prays either Right or Never, and defies all of the categories that American Jews try to throw at it. If you ask many Russian-speaking Jews, they’ll define themselves as a race.

Reconstructionists may be old-line Kaplanites, neo-Hasidic spiritualists, or voluntary exiles serving in the Conservative or Reform Diaspora. Speaking of neo-Hasidim, there are the non-denominational, text-centric, spirituality-interested graduates of Hebrew College, or the Academy for Jewish Religion. And there are the non-text-centric, depth-psychology-oriented neo-Hasidim of Jewish Renewal, singing niggunim and embodying Kabbalah.

Meanwhile, both Reconstructionists and Renewalniks have long realized that their small movements have had outsize influences on all of non-Orthodox Judaism. As denominations, they’re not so successful. But as actual movements, they have each transformed non-Orthodox Judaism in significant and quantifiable ways.

WHERE DOES THAT LEAVE US?

All this is just the beginning. I could go on to argue that the East Coast/West Coast divide, or the Israel/Palestine divide, or the mega-donor/rest-of-American-Jewry divide, is more significant than any denominational one. I could even talk about millennials, Gen-Xers and Boomers. Fortunately, I’m as sick of that as you are.

My point is that denominational labels and claims to legitimacy are of secondary importance at most. I have much more in common with a committed Reform Jew than with a non-committed Conservative or Reconstructionist one. Of course, for that matter, I also have more in common with a committed Buddhist than with a non-committed, or ethnocentric, Jew. But I think it’s also true of the inspired Jewish leaders I know.

Divisions and denominations used to matter in a way they don’t now. There was a time when my Jewishness was defined by the practices and social mores of my temple and denomination, which is perhaps why some people get so worked up about them.

But outside of these Orthodox rabbinic bodies — the RCA, the Agudah — patrolling the boundaries of legitimacy, what exactly does denomination demarcate, other than the gathering and allocation of resources? Might they soon be more like styles of restaurants or clothes, rather than exclusive check-boxes of identity?

And wouldn’t that be progress?