Mizrahi Artists Are Here To Incite a Culture War 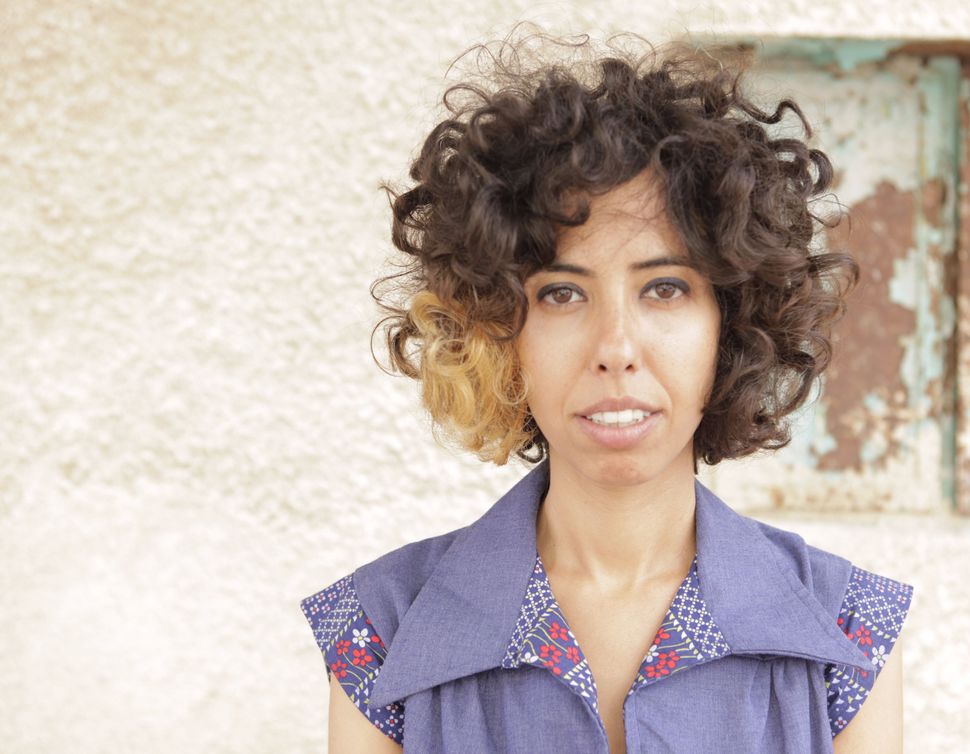 The lineup outside the Tel Aviv nightclub snaked until the end of the block, but Yonit Naaman and I bypassed the crowds and walked to the front door. People eyed us enviously as the bouncer let us through. Inside, we were giddy over the VIP treatment, joking that it was payback for all those times in high school when they made us — the Mizrahim, never quite hip enough — wait outside clubs while fairer-skinned clubbers were swooped in.

But that night, Naaman was performing, and the eager crowds were lining up not for a dance party, but, inconceivably, for a poetry event: the three-year anniversary of the controversial reading series Ars Poetica. It’s both the best party in town and the most significant cultural phenomenon in Israel today.

We squeezed our way toward the stage, where DJ Khen Elmaleh was playing high-energy Mizrahi and Arabic tunes. The air was thick with cigarette smoke and perfume. Minutes later, an excited murmur swept over the crowd as Erez Biton, the first Mizrahi writer ever to win the Israel Prize for literature, was ushered in like a celebrity. Onstage, Biton said, “I’m as thrilled to be here as when I received the Israel Prize in Jerusalem.” He thanked Adi Keissar for making the event happen.

Ars Poetica, a wordplay reclaiming the word “Ars”— Arabic for “pimp,” and a derogatory name for Mizrahi men in Israel — is Keissar’s brainchild. A young poet of Yemeni descent, Keissar started writing poetry late in life. “I saw poetry as white and elitist and unrelated to me,” she said in an interview. It didn’t help that the poetry she learned in school was almost exclusively written by Ashkenazi men.

Three years ago, feeling out of place at conventional poetry readings, she decided to create an alternative and make it a hafla, Arabic for a party. “It was my way of reconciling the dissonance in my head,” she said. “To create a space I feel comfortable in, a ‘room of my own.’” She invited a few poets, a DJ, a belly dancer. “There was electricity in the air that night,” she said. “We all felt it.”

Keissar curated another event, and then another. A dedicated and passionate following gathered around the series. Israeli media started to take notice.

Ars Poetica features more Mizrahi and Palestinian poets than your average poetry reading, giving voice to ethnic groups whose stories are rarely told in Israeli literature. It is also, Keissar proudly notes, run entirely by women. “In Israel, like in the world,” she said, “there’s one narrative that erases and defines other narratives.” The reading series also features Ashkenazi poets. “The idea of Ars Poetica is that it doesn’t exclude.”

Yet in Israeli media, the series is associated with a Mizrahi revolution, and its critics often neglect to see the inclusiveness Keissar so carefully constructs. “It’s guerrilla, it’s an eruption, it’s undefined,” she said. “It sidesteps the gatekeepers, and the establishment does not know what to make of it.” Or, in the words of fellow poet Naaman, “You can hear the sound of the hegemony crashing.”

Ars Poetica “incited a cultural war,” Naaman said, “a poetic uprising. Keissar did something brilliant: created an establishment-bypassing route by refusing to follow the rules of the game. People are thirsty for this kind of culture. It has a huge power, so of course it’s controversial, explosive even. Many people who belong to the hegemony feel attacked and marginalized by this Mizrahi awakening.”

Last December, in an interview with Ynet, the organizers of the Tel Aviv Poetry Festival lamented those who are “eradicating poetry as an artistic medium and subjugating it to instant media representations, as though poetry is another episode of ‘Big Brother.’” On their Facebook page, they rail against “poetry that’s confined to crowning and dismissing on the basis of race, gender and politics.” Reading their manifesto, it becomes clear that the festival operates mostly as an antithesis to Ars Poetica and to the movement it spurred.

“Poetry has become rock ’n’ roll,” Keissar said cheekily, and perhaps that’s what the critics find most offensive. They accuse Ars Poetica of “reducing” poetry by making it accessible and — as dissent poetry often is — appealing to the masses. But those allegations stem from the elitist notion that quality must be saved for a select few, or that accessibility correlates with lesser value. Considering the diverse poets who participated in the series over the years, something in that critique reeks of bigotry, reminiscent of the way Mizrahi music was excluded from the musical canon for years, labeled as inferior.

“I am the Mizrahi you don’t know, I am the Mizrahi you don’t mention…. I breathe in Hebrew, buy in English, love in Arabic,” Keissar writes in her most recognized poem, “Ani Hamizrahit,” which many have re-appropriated as a template for deconstructing the complexities of identity. As Jewish Yemeni women, Keissar, Naaman and I are descendants of an ancient tradition of oral poetry that had been created and disseminated by the community — a way for women in Yemen to communicate their sorrows and joys, to tell stories, to be heard. Yemeni women’s poetry was dynamic and fluid; like Keissar’s poem, it was rewritten constantly. Perhaps Israeli poetry needed Ars Poetica to shake and disturb it, to bring into it other literary traditions and voices, so that it could evolve as literature does and must continue to do in order to stay alive.

In 2015, Keissar received the Bernstein Prize and the Ministry of Culture prize for her crowd-funded book “Black on Black.” Haaretz recently called her the most influential poet working in Israel today, and politician Yossi Sarid, shortly before his death, recommended Keissar as Israel’s next minister of culture.

Now that the establishment has recognized Keissar, she has no intention of staying on the margins. And why should she? Mizrahi poetry has been there long enough, so marginal that it was practically invisible. With Ars Poetica, not only has Keissar changed the landscape of Israeli poetry, she’s also given young Israelis new role models — ones I desperately craved as a child.

“If it makes kids hold their heads up higher, that’s the most important thing,” Naaman said. Or, as Iraqi-born Israeli author Sami Michael put it at Keissar’s book launch, “I miss the future.” Imagining the poetry that the children of today might one day write, I understand precisely what he meant.

Ayelet Tsabari is the author of the story collection “The Best Place on Earth,” winner of the Sami Rohr Prize for Jewish Literature.

Mizrahi Artists Are Here To Incite a Culture War