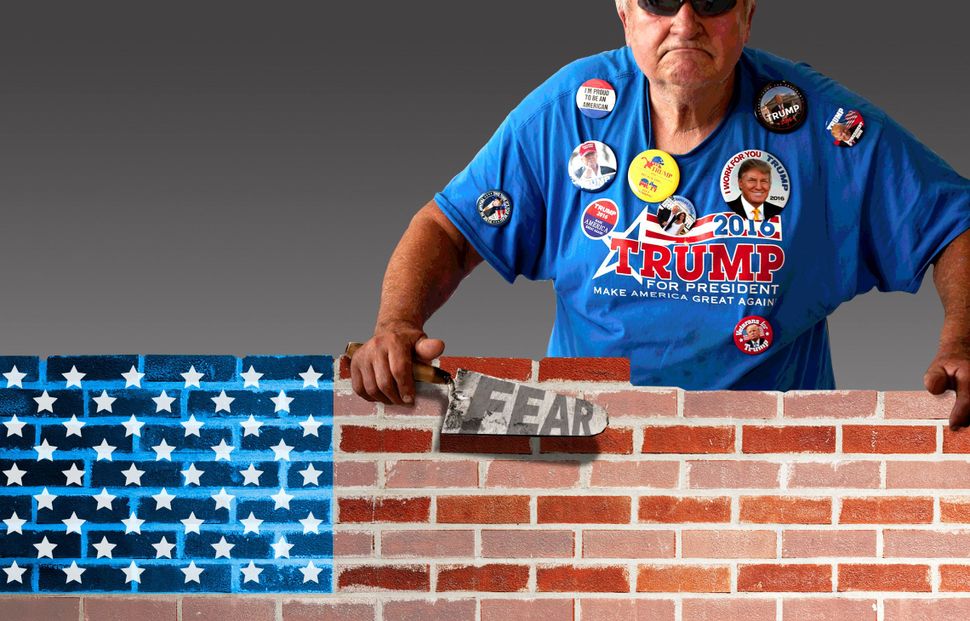 For most liberal American Jews, it has been an article of faith that things are gradually, in fits and starts, getting better. “Progress” is not irreversible, and there are inevitably backlashes to every advance. But in general, the combination of American optimism and secularized Jewish messianism has long held sway in our community.

What, then, to make of the shocking rise of nativist populism in post-Brexit Britain, France, Israel, the Netherlands, Austria, Hungary and, of course, here in the United States? It’s as if a dark cloud has gathered, seemingly from nowhere but actually from 100 disparate sources; populist fear and ignorance threaten the march of civilization itself.

On one level, these are still the best of times. We are still living in the healthiest, wealthiest, least violent period in human history. Our situation is precarious, since our species possesses more power to destroy itself than ever before. But we are living longer, better and freer than at any other time, ever.

On another level, though, the unreconstructed animal nature of the human heart seems to amplify anxieties about our self-destruction. Where did right-wing populism come from, and how can it be stopped?

We know that Brexit voters were, on the whole, old, English and less educated; compared to Leave voters, Remain voters were, on the whole, younger, cosmopolitan and better educated. Likewise, Donald Trump’s voters are older, whiter and less educated on average.
But while the proximate causes of these people’s discontent are many (as discussed in a previous column), the reasons that they react as they do run deeper than economics or xenophobia, to something about human nature itself.

As political psychologists like Drew Westen and Jonathan Haidt have described, we are still social animals who often value loyalty to the group over tolerance of difference. The conservatives among us, especially, are terrified of changes to the existing order. Trump, Nigel Farage, Avigdor Lieberman — these are all symptoms, not causes, of the malady. The real diagnosis must in the end be psychological, anthropological, even spiritual. Old white men in Europe and America play at being strong, with (as President Obama infamously quipped) their guns and their God, but in fact they are scared to death. Their old order, with its racial, linguistic and ethnic hierarchies, is indeed falling apart. They’re not incorrect in noticing this.

Likewise, the hysterical claims of religious conservatives that Christianity is under attack by liberals, Muslims and everyone else do contain a grain of truth within them: Their form of Christianity is on the wane, and secular culture is partly to blame. They aren’t being cynical when they scream that same-sex marriage threatens marriage; they really believe it to be true.

And they’re not entirely wrong. In his new book “The End of White Christian America”, Public Religion Research Institute CEO Robert P. Jones points out that in 1993, 51% of Americans identified as white Protestants. In 2014 that number was 34%. President Obama — non-white, believed to be non-Christian by 43% of Republicans — may be a symbol of this transformation, but, like Trump, he is not the cause of it.

Similarly, Jones also found that 75% of self-identified tea party supporters agreed that “today discrimination against whites has become as big a problem as discrimination against blacks and other minorities.” As the saying ( coined by Ali Owens, modified by the internet) goes, when you’re accustomed to privilege, equality feels like oppression.

When these psychological faculties — fear of change, strong in-group identity, high valuing of tradition — are not accompanied by education, exposure to others and moral reasoning, we are indeed a species susceptible to the likes of Trump.

Maybe this is the last gasp of a dying worldview, doomed by obsolescence and demographics. Maybe we can just wait out the storm. But the arc of history must be bent toward justice; it does not incline that way on its own. And besides, how much damage will be done in the meantime? What happens if our country, like Britain, chooses populism, nativism and fear masquerading as strength? What can be done not about the epiphenomena of Trump and Front National, but about those who support them?

The solution must be as deep as the problem. Thanks to Haidt and the studies of the Massachusetts Institute of Technology on which he based his best-seller “The Righteous Mind,” we know that conservatives see as moral the values many progressives see as immoral. For example, according to [yet more PRRI data, 77% of Trump supporters agree, “It bothers me when I come in contact with immigrants who speak little to no English,” compared with 66% of Republicans and 35% of Democrats.

To progressives, this reflects ignorance, fear and nativism, which we see as moral failings. But to many conservatives, this reflects patriotism and pride. Likewise Israel’s loyalty oaths, Britain’s separation from Europe and France’s restrictions on Islam. Populists aren’t compromising their values; they are expressing them.

We need a media culture that reflects the diversity of Americans, a religious culture that does away with ethnocentrism and ludicrous claims to exclusivity (primarily a Christian problem, but a Jewish one as well), and perhaps above all an educational system that inculcates values of pluralism and multiculturalism.

It’s no surprise that the same far-right billionaires funding the tea party are also funding home-schooling and bogus educational institutions. Education, civics, rationality, critical thinking — these are anathema to their worldview. And as much as conservatives may hate millennial campuses critical of rape culture, critical of Eurocentrism and critical of white supremacy (that is, “political correctness”), all are signs of an educational environment that can decrease nativism, blur lines between in-group and out-group, and question the hierarchies that enforce them.

Populists tend to be undereducated, anti-intellectual and susceptible to simplistic ideas like building a U.S.-Mexico wall at a cost of $25 billion (how, exactly, would Mexico pay for it again?), and with zero impact on those who overstay visas, the largest subset of first-generation undocumented immigrants. They’re swayed by emotional appeals that blame “the other,” because those appeals provide simple answers to real questions of suffering, dislocation and anomie. (Jews, it bears noting, are often among those “others.”) Such values must be uprooted at their source — and if they cannot be uprooted, they must at least not be planted in the next generation. The vulnerable, less-educated and populism-ripe sectors of our society need to get “woke,” as the euphemism has it: awakened to the realities of oppression and inequality, rather than to easy fantasies that explain them. We need real moral education, real multicultural education, real civics education.

It is not okay, and not surprising, that British voters Googled “What is the E.U.?” after they voted to leave it. One can only pray that on November 9, American voters won’t be Googling “Where is Mexico?”

The highly educated American Jewish population could be a model, rather than a scapegoat, in returning education to the center of our national debate. In a time when Republican politicians are slashing funds for public education, we should be on the front lines to restore it. In a culture ruled by clickbait, we should be standing for reflection and critical thinking.

And in the age of the tweet, maybe we can be the People of the Book.