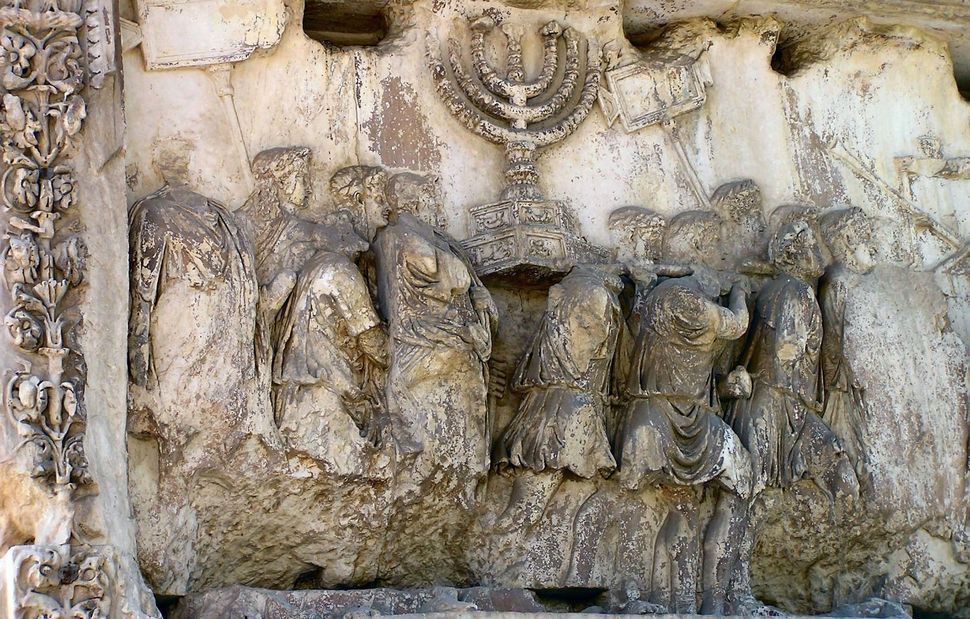 Calendar alert: Saturday, July 23, coincided this year with the 17th of Tammuz on the Hebrew calendar. That means we’ve now entered the traditional mourning period known as The Three Weeks.

The 17th of Tammuz is a minor fast day, dawn to dusk, commemorating the Roman legions’ breaching of the walls of Jerusalem in the year 70. Three weeks later, on the Ninth of Av — Tisha b’Av in Hebrew — they sacked and torched the Holy Temple. Thus began the long night of exile.

The three weeks between the two events, traditionally known as The Three Weeks — or Bein Hameitzarim (“between the tight spots”) — are an annual period of mourning for the Temple’s fall and for the many other calamities that have befallen us through the ages. It’s a time, too, for praying we may yet avoid the future calamities we know will come.

Or, as we’re calling it in America this year, Convention Season.

I’m kidding, of course. How could anyone dream of comparing our presidential nominating conventions with the defining tragedy in Jewish history?

Well, actually I’m not kidding. This year’s conventions really are that portentous. They kick off an election campaign that’s probably the most consequential for America’s future since 1860, when Abraham Lincoln’s victory ignited a civil war. The reason it’s such a big deal is partly because the Republican Party nominated someone who represents, as the Washington Post rightly headlined its July 22 editorial, “a unique threat to American democracy.”

And it’s partly because the Democratic Party nominated someone who could actually lose to this guy.

To understand the full import of this year’s election, we need to look a little more closely at the Ninth of Av. It is, first of all, the date in history that the Second Temple fell. The Temple in Jerusalem was the epicenter of Jewish life, and its destruction was the worst calamity to befall the Jews up to that time.

But the same date has seen a remarkable number of calamities over the years, some apocryphal, others quite historical. Tradition teaches that it was on that date that the Babylonians destroyed the First Temple in the year 586 before the current era. Centuries before that, so we’re taught, the biblical sin of the spies occurred on that same date, condemning the children of Israel to 40 years’ wandering the desert.

Moving into the era of recorded history, we find that the Ninth of Av in 1096 found the armies of Pope Urban gathering to commence the first Crusade, setting off two centuries of disaster for Jewish communities in the knights’ path. Two centuries later, in 1290, King Edward II of England issued his order on the Ninth of Av expelling all the Jews in his realm. Another two centuries after that, in 1492, the Ninth of Av, August 1, was the day all Jews were to be gone from Spain under the edict of expulsion issued the previous March by Queen Isabella and King Ferdinand. In a stroke, the medieval world’s largest and freest Jewish community was dissolved on Tisha b’Av.

In one of the most extraordinary twists of history, though, it was just two days later, on the evening of August 3 — the eleventh of Av — that Christopher Columbus set sail from Spain on his first voyage to what became the New World.

The European migration to the Americas that Columbus set in motion proved catastrophic for the indigenous peoples, but it also began a new era — imperfect but incomparably hopeful — in the history of humankind. Henceforth, the benchmarks by which human societies would be measured would no longer be obedience or false honor but democracy and individual freedom. The birth of America was also, for all its cruelties and missteps, the birth of the age of human rights.

There’s a real case to be made that Columbus or his backers had something like that in mind when he set sail. Whether or not he was secretly Jewish — and the evidence is not entirely fanciful — it’s certain that his main financial backers were. So was his translator, Luis de Torres, who stayed behind in the New World when Columbus returned home. Torres became, literally, the first Jewish American.

And this brings us back to our presidential campaign. America is still a work in progress. So is the notion of a society guided by principles of democracy and human dignity. The experiment set in motion by Columbus on the eleventh of Av in 1492 was not only imperfect; it was and is fragile. Its survival depends on the ability of its members to recognize threats when they see them, to be patient in the face of imperfection and tolerant of each other’s shortcomings, and to take personal responsibility for keeping democracy healthy.

It’s sobering to recall that the fate of the Jewish people in the modern world is tied as never before to a single anchor, the success of the American experiment. One of the world’s two great Jewish communities lives and thrives as a minority here thanks to America’s open, tolerant society. The other survives, embattled, dependent on the strength and stability of America’s position on the world stage.

Our two major parties have somehow contrived this summer to choose as their nominees for president and steward of America’s values the two most disliked candidates in the history of modern polling. One demonstrates frank, open contempt at every opportunity for the values that make America strong and keep the Jewish people safe. The other professes firm commitment to those values, but mistrust of her promises runs shockingly high. We enter The Three Weeks this year in a tight spot indeed.