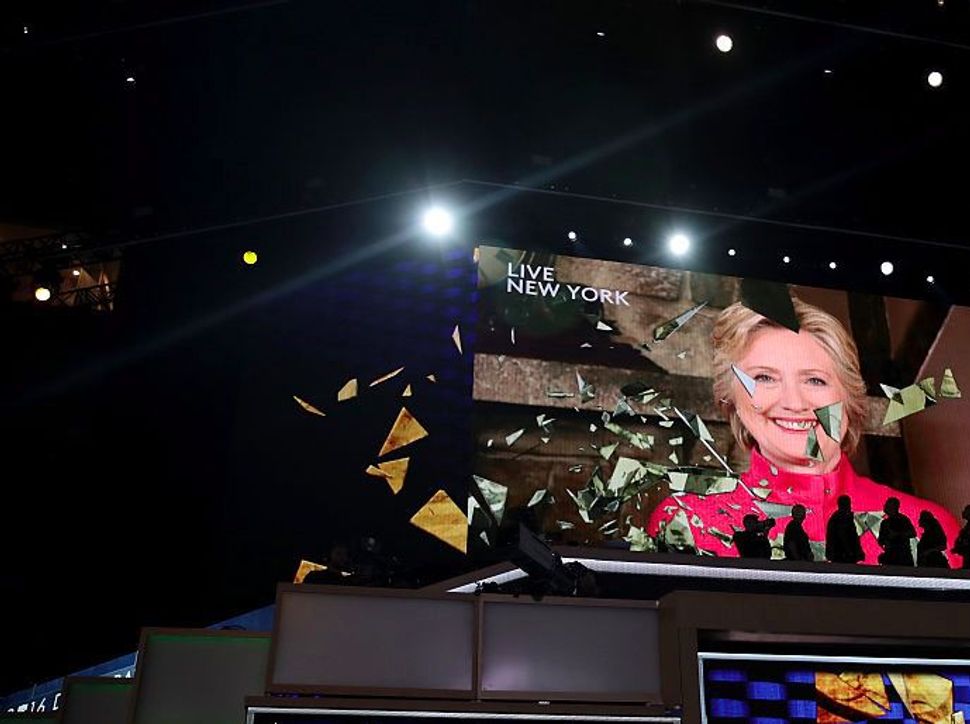 It’s hard to be a cheerleader when the world’s about to end.

That’s how the Democratic National Convention feels right now. Everyone knows that Donald Trump’s post-convention boost is temporary. But still, to see a perfectly qualified, mainstream candidate — too mainstream for many — losing to a white supremacist demagogue with no knowledge of international affairs…well, it does cast a certain pall over the festivities.

Conventions are meant to be, in part, extended pep rallies, energizing the troops and sending clear, confident messages. That’s hard when the person ahead isn’t just a normal political opponent like Mitt Romney or John McCain, but a megalomaniac narcissist, a compulsive liar, and a racist.

Some are taking Trump straight on, like Elizabeth Warren last night – or, in a different way, Michelle Obama, who reminded us all what class looks like, and how little of it Donald Trump has. At the Jewish Roundtable today, Jared Polis expressed amazement that many Jews prefer a candidate who routinely retweets messages from white supremacists, and whose temperament is fundamentally unsuited to the delicate tasks of Mideast diplomacy.

Some, though, seem to have prepared their remarks in advance. At a caucus devoted to LGBT issues, people crowed about marriage and reminded us how much work still remains to be done. Only one speaker mentioned that if Trump wins, my marriage will be voided by the federal government, abusive reparative “therapy” will be sanctioned for use against children, and millions of dollars in government aid that help LGBT populations overseas will instead be used to harm them. With Trump in the race, scripted remarks often sound like a dispatch from the Twilight Zone.

Yet some people remain totally oblivious. Outside and inside the convention, the insane remnant of Bernie Sanders’s supporters are still chanting, still catcalling, still “shutting it down,” as if a temporary traffic tie-up on Broad Street accomplishes anything whatsoever — and as if Hillary Clinton’s ties to Wall Street are somehow more important than a fascist takeover, a repeal of all environmental laws, a stacked Supreme Court that will enable the banning of abortion, the threat of nuclear exchange in the Middle East, a president who has advocated committing war crimes, and, oh yeah, the fact that Vladimir Putin is trying to help the other guy win. 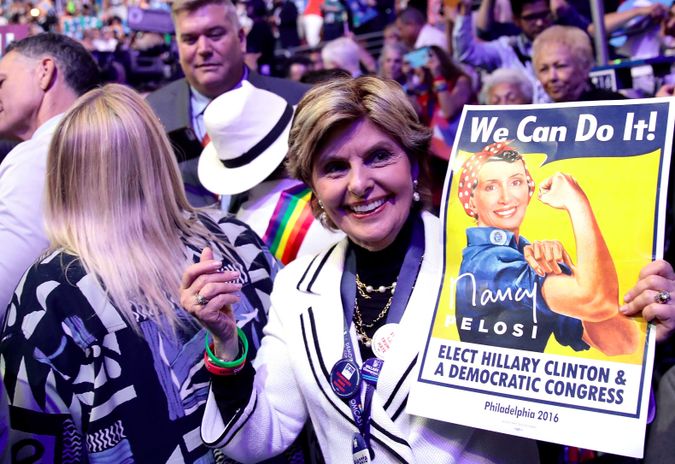 Indeed, some of these hopeless idealists have enraged themselves into an almost psychotic alternate universe, where the greatest catastrophe in our nation’s history isn’t looming right around the corner. Some Berniacs even shouted over veteran civil rights activist Elijah Cummings yesterday. Because nothing says “progressive” like white men preventing a black man from talking about race.

Still missing, though, has been an acknowledgment of Trump voters’ fears. ISIS is almost never mentioned. The crises of underemployment brought on by globalization are only brought up by the Berniacs. And the racial anxiety many white voters experience — what critics rightly call “white fragility” — likewise seems beneath mention.

This is the wrong approach. Democrats need to explain how they will destroy ISIS — and explain why Trump will make the threat worse. They need to affirm that globalization has left many people behind — and then explain how Trump’s giveaways to the ultra-rich (repealing the estate tax, for example) will only make matters worse.

Only on the third subject — white fragility — have Democrats offered a resounding, positive alternative. Speaker after speaker has rightly praised the diversity of this gathering and insisted that our differences make us stronger. Yes, America is changing — but it is changing for the better. That’s how to confront inconvenient truths: by taking them on head on.

By contrast, convention speakers have rarely acknowledged the other elephant in the room, which is that many people really don’t like Hillary Clinton. Maybe there’s no right way to say it. Maybe they themselves love Clinton so much they can’t relate to those who mistrust her. Or maybe they recognize, as we all should, that this nebulous sense of mistrust is the result of sexism regarding strong women, endless Republican hit-jobs, and the simple fact that Hillary Clinton is not supremely charismatic, a mere negative for most male candidates but a deal-breaker for this female one.

But too bad. The elephant in the room must be addressed, and tamed. In addition to humanizing the candidate (Senator Barbara Boxer reminiscing about Hillary as a loving aunt, for example), progressives need to take this sexist bull by the horns. As Mayor Steve Benjamin said on the convention floor, “Sugar and spice are nice, but courage, intelligence, and the will to lead — that’s what women are made of.” Amen!

Alternatively, an odd, awkward speech at the Jewish Roundtable by New York city councilman David Greenfield, an Orthodox Jew, offered a path forward. Telling Jewish Democrats how he discusses Hillary Clinton with his usually-Republican-voting constituents, Greenfield quoted former Mayor Ed Koch: “If you agree with me on nine out of twelve issues, vote for me. If you agree with me on twelve out of twelve, see a psychiatrist.”

This is what the Berniacs and Jewish Republicans symmetrically seem to misunderstand. Elections aren’t about finding a perfect, virtuous candidate with whom one agrees on everything. They are about finding someone with whom you mostly, largely agree — and for anyone who cares about American democracy, Israel, civil rights, or the global economic order, that candidate is Hillary Clinton.

It was hardly a ringing endorsement, and there was an awkwardness in the room when Greenfield gave it. But for many swing voters, it is reality, even if it it’s not quite a rallying cry.

For those of us who are committed, pragmatic progressives, there should be no doubt about whom to support in this election. But those aren’t the people who need to be persuaded. At this convention, I want to get out of the bubble of the already-convinced. I’m yearning to hear more messages I don’t agree with.