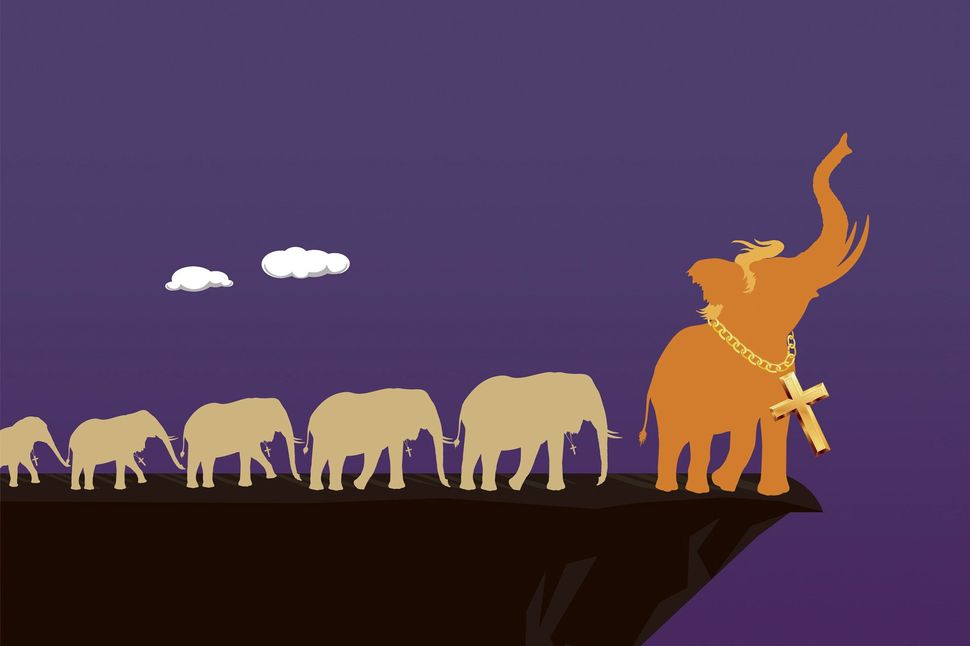 This particular election cycle has been very very difficult for me. See, I’m a Pastor of a church in Colorado Springs, Colorado, and I am a follower of Jesus. I also have a full time private sector job and 5 small kids. I have been a lifelong believer in small government and conservative principles. I also love hip hop music, the Denver Nuggets, and poetry (not super relevant, but now you know and knowing is half the battle). Anyways, this has been tough for me because, for the first time in my adult life, I am being told to put aside my personal convictions of faith in Jesus and vote to make America Great Again. I’m not sure how we all got here, but we did.

Please understand, there will be Christians and non-Christians alike who choose to vote for Trump or Clinton for perfectly legitimate reasons. Most seem to be voting AGAINST the other person and not really for a candidate. I do not disparage anyone for, as Ted Cruz was booed for saying, voting their conscience. This is not a treatise on why anyone should or shouldn’t vote for anyone else. It is an article about Jesus and this election and to free followers of Jesus from the feeling they are getting for not wanting a Trump presidency.

In a recent article by renowned Christian scholar Wayne Grudem, he gave a moral imperative for followers of Jesus to vote for Donald Trump. Eric Metaxas and James Dobson have issued similar challenges. The stance amongst many evangelicals is that a vote for anyone other than Trump is a vote for Clinton and that we must all vote for Trump because Hillary will destroy our country (ignoring what happens to false prophets in Deuteronomy 18 if they are wrong). Even if most of Trump’s ideas are counter the ideas of Jesus, I’m told I cannot let Clinton in office.

Fellow followers of Jesus, how did we get here? How did we get from a Shalom-bringing Prince of Peace to mandating voting for a man who has openly expressed he wants to assassinate the families of Muslim terrorists? How about the command to love our enemies and pray for those who persecute us? In John 8, when Jesus said we will know the truth and the truth will set us free, don’t we all realize he was talking to the mob who wanted to stone an adulterous women and His “truth leading to freedom” is the truth that we don’t need to kill others to establish peace on earth? Dear church friends, when did we lose our way?

I was asked to write this article because I responded to an article by Jane Eisner on this site about Evangelicals not being able to play the Trump card and God card at the same time. I responded because of the last line, “I don’t know what their gospel looks like anymore.” She is right. How can we affirm belief in Jesus who came to bring Tikkun Olam and complete peace to earth while at the same time saying we have to back a candidate who wants to uproot 13 million illegal immigrants and deny caring for the afflicted refugees in Syria (many of whom are Christians and children). Our pure and blameless religion is to care for orphans and widows in their distress yet Trump seems hell bent on making sure we can’t practice our religion.

Have we lost our Gospel? If the gospel is good news to the world, then how can we propose seeing a government established where Muslims are murdered? Is the gospel of Jesus really good news to the Muslims? Is the gospel good news to our Jewish friends when many of them feel the same sort of rhetoric from Trump as they did Hitler (Trump has been speaking of Muslims in a similar way Hitler spoke of Jews)? If the spread of Christianity to the world means we will have more world leaders like Donald Trump, do we believe that is good news for the world? If it is really true that our mouths speak out of the abundance in our hearts, then what type of a man are we backing for President?

To the non Christian who may be reading this, please read this sentence and let it take root in your heart. Neither Donald Trump nor Hillary Clinton represent the Jesus I follow and worship. By all accounts, they seem to be the opposite of my Messiah and Savior. The good news of Jesus is that he came to do what Joshua, David, Judah the Hammer, and Barabbas couldn’t do, he led a revolution of freedom without war and violence. He overcame the world and established His Kingdom without the need for military violence. He did it because of and through love. Ultimately, He defeated death and fulfilled the Daniel 7 prophecy by becoming the Son of Man and seeks to bring peace to the earth unlike the beasts and governments of our earth. He brings peace to the nations. He brings peace to our souls. He is the Prince of Peace. Regardless of who becomes our next president, the story of Jesus will always be good news.