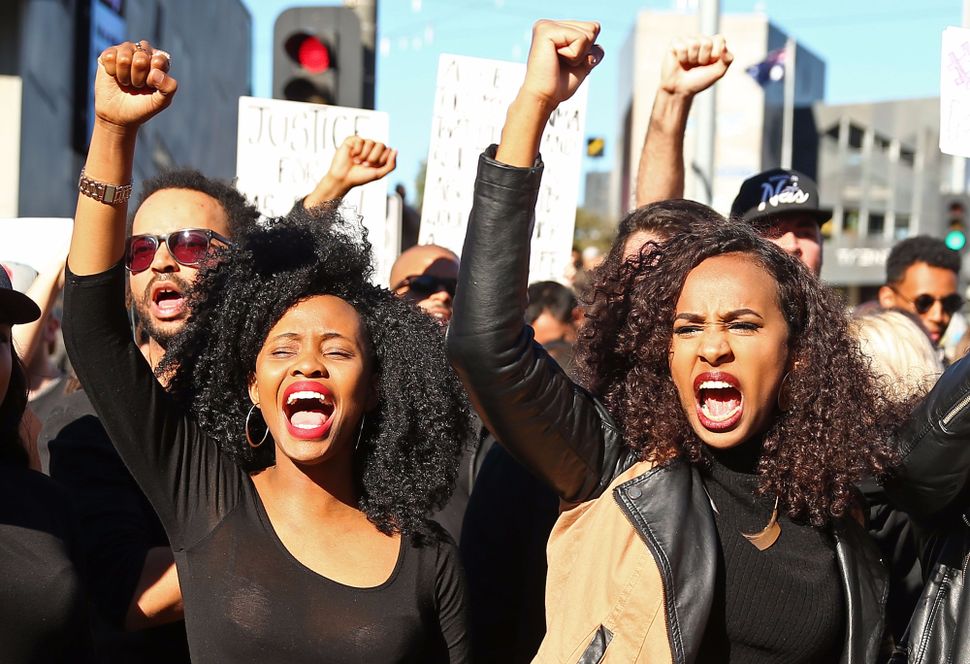 Because of a sentence that ambiguously called for divestment from Israel, Jewish media outlets immediately declared the document A Vision for the Destruction of the Jewish State.

Thankfully for us, the Vision for Black Lives is not about the Jews or the Jewish state. To assume the contrary is the height of arrogance.

For those that bothered to read the platform itself, the paragraph in question clearly calls for the scaling back of U.S. military spending, an idea that’s shared by 32% of Americans. It is worth reading in full:

The US military accounts for over 50 percent of discretionary federal spending, a total of 598.5 Billion dollars spent annually, as compared to 70 billion spent on education, 66 billion spent on healthcare, $63.2 billion spent on housing and 29.1 billion spent on social security and unemployment. In addition, approximately 3 billion dollars in US aid is allocated to Israel, a state that practices systematic discrimination and has maintained a military occupation of Palestine for decades. Together with aid to Egypt — Israel’s most important regional ally — this figure represents nearly 75 percent of all US aid dollars. As these figures demonstrate, resources and funds needed for reparations and for building a just and equitable society domestically are instead used to wage war against a majority of the world’s communities.

The idea that an Israeli occupation exists is also nothing new. It has been the official position of the U.S. government since 1967. To claim that this idea is radical is intellectually dishonest.

The platform also claims that by supporting Israel, the U.S. “is complicit in the genocide taking place against the Palestinian people,” and that “Israel is an apartheid state with over 50 laws on the books that sanction discrimination against the Palestinian people. Palestinian homes and land are routinely bulldozed to make way for illegal Israeli settlements. Israeli soldiers also regularly arrest and detain Palestinians as young as 4 years old without due process. Everyday, Palestinians are forced to walk through military checkpoints along the US-funded apartheid wall.”

If Israel is attempting to commit a genocide against the Palestinians, it’s doing a pretty bad job. But the other positions are hardly radical: the U.S. government Israeli settlement expansion and home demolitions. In 2014, then Secretary of State John Kerry noted that Israel was in danger of becoming an apartheid state. Even President George W. Bush in 2003 asserted that “it is very difficult to develop confidence between the Palestinians and Israel with a wall snaking through the West Bank.”

To obsess on the platform’s allusions to Israeli abuses of power is to miss the true point of the “Invest-Divest” section of the platform, which the rest of the paragraph makes perfectly clear:

“Every year billions of dollars are funneled from US taxpayers to hundreds of arms corporations, who then wage lobbying campaigns pushing for even more foreign military aid. The results of this policy are twofold: it not only diverts much needed funding from domestic education and social programs, but it makes US citizens complicit in the abuses committed by the Israeli government.”

The “Invest-Divest” platform is not about demonizing Israel for demonization’s sake. It is about freeing up the resources required for the massive societal overhaul the Movement feels is necessary (and enumerates in every other lengthy Israel-free section of their platform).

Although the platform itself is not at all about Israel or the Jewish people, it is ironic, but understandable, that the Movement for Black Lives seeks to distance itself from the Jewish state. As Ta-Nehisi Coates wrote in 2008, “the Zionist idea is almost the exact opposite of the integrationist idea which dominates black political thought. Indeed, Zionism’s natural corollary isn’t the civil rights movement, it’s the very black power movement which Martin Luther King and his followers rejected.”

Since 2008, much has changed. The new fight for civil rights looks nothing like its 1960s counterpart. It has become much less integrationist and much more focused on black power and empowerment. I have often wondered why we have seen no modern day Rabbi Heschels marching arm in arm with the modern day Martin Luther King Jrs. It is not because the Movement for Black Lives does not have support and allies among Jewish groups. It is because the Movement for Black Lives is not asking anyone to understand what it means to be black. It is demanding that white society acknowledge that we have never, can never, will never understand. Martin Luther King Jr. is dead, and white America killed him. 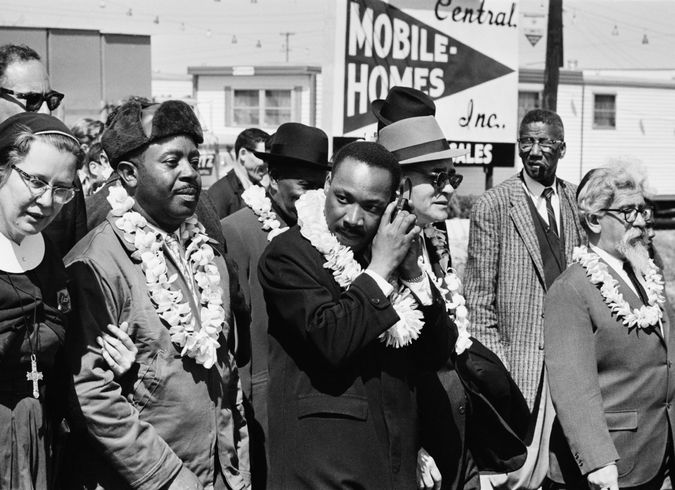 In the introduction of his 2015 book “Between the World and Me,” which is written as a letter to his teenage son, Coates describes the moment when he first realized the impossibility of communicating the realities of black America to white America:

The American Dream has also become the Jewish Dream. After all, as Coates writes, before Ashkenazi Jews were white, we were Jewish. Though it hasn’t always been this way, American Jews are the wealthiest, best educated, most assimilated group of Americans. How could we white Jews possibly hope to understand what it’s like to be black in America?

The Movement for Black Lives and their chosen alliances represent a radically different attempt at creating American black power. Instead of looking for powerful allies, they’ve chosen to align with Palestinian nationalists. Instead of asking to be fully integrated into existing white America, they’re demanding deep structural changes to the U.S. healthcare, education, military and criminal justice systems as we know them.