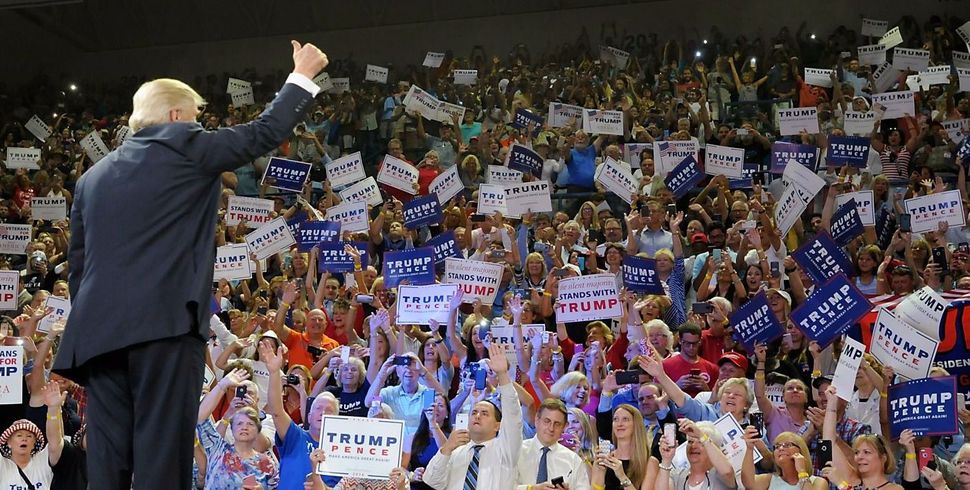 If we thought about it, most of us would probably assume we’d know incitement to violence when we see it. Most of us, unfortunately, would be kidding ourselves.

Don’t believe me? Take this simple test. Which of the following statements looks like incitement to you?

3) “Mr. President, ladies and gentlemen, haven’t you wondered: For how long will this protracted Israeli occupation of our land last? After 67 years [i.e., Israel’s creation – ed.], how long? Do you think it can last, and that it benefits the Palestinian people? … holy sites which have been desecrated every other second again and again for seven decades now, under an occupation that does not quit killing, torturing, looting and imprisoning.”

4) “According to Jewish halacha, Rabin deserves to die. He who intentionally transfers people, money or property to strangers commits a crime punishable, according to Halacha, by death. Maimonides maintained that he who kills such a person is doing the right thing.”

(Rabbi Abraham Hecht of Congregation Shaare Zion, Brooklyn, addressing New York rabbinical conference, June 1995. He wrote Rabin to apologize in October, two weeks before the Israeli leader’s assassination. After the murder he was suspended from his pulpit.)

5) “According to Jewish law, the minute a Jew gives over his people and his land to the enemy, he must be killed. My whole life has been studying the Talmud and I have all the data.”

(Rabin assassin Yigal Amir at arraignment, November 1995. Note the close similarity between Amir’s words and those of Rabbi Hecht, just above. Quoted in “Zeal of Rabin’s Assassin Linked To Rabbis of the Religious Right,” New York Times, 11/12/1995.)

6) “[Israeli president Reuven] Rivlin is a sycophantic politician. He cannot decide whether or not my brother is released, only the Almighty decides — as He decided that Rabin would drop dead despite Rivlin and his friends not really agreeing, the Almighty decided that Rivlin would be president, and it’s time for Him to decide that Rivlin and the Zionist state must disappear from the world just as Sodom did …”

(Hagai Amir, brother of Rabin assassin Yigal Amir, Facebook status, October 2015. Resulted in his being detained by police on suspicion of incitement. Quoted in Ynetnews.com.)

7)“Goyim may not live in the land of Israel. If we don’t have the power to do it now, we await the coming of the true Messiah. Then we will do it.”

8) “If she gets to pick her judges, nothing you can do, folks. Although the Second Amendment people — maybe there is, I don’t know.”

If you’re like most of us, there’s a good chance you picked between three and five of the nine quotes as examples of incitement to violence. If we were to take a vote, however, we’d find that we break the quotes down along two different fault lines. Some of us would look to see whether or not there was a clear call to violence. Others would ask whether or not the underlying complaint — the crime the speaker rails against — was valid.

If you’re of the first school, you’ll likely conclude that quotes 1, 4, 6 and 8 constitute pretty clear incitement, since they seem explicitly to advocate violence. (No. 5, Yigal Amir at his arraignment, can’t be called incitement since it was said after the act. It’s there, following Rabbi Hecht of Brooklyn, to show how widespread within religious circles was the formulation of Rabin’s supposed culpability.)

The others, you’ll conclude, are expressions of political views. As extreme as they might sound, they don’t explicitly call for violence. They’re entitled to the protections of free speech. And if they somehow inspire some listener to an act of violence, you’ll probably figure that it’s the fault of the listener, not the speaker. It was the listener, not the speaker, who drew a line from a political complaint to a violent remedy. The fact that the speaker is lodging an accusation known to have inspired violence in the past doesn’t impair his right to free expression. He wasn’t yelling “fire” in a crowded theater, was he?

There are a host of sins that are forgiven under this test. Realistically speaking, if you forgive the harsh accusations because they don’t specifically call for violence, you’re taking a risk — that some hothead may be incited — in defense of a principle. Moreover, your’e putting those around you at risk. You may think the principle is worth the risk. More power to you. But have you asked your neighbors?

If, on the other hand, you’re of the second school, you’ll probably point either to 2 and 3 or to 4 and 7 as further examples of incitement. That is, you’ll look to see whether the political accusations are legitimate or dishonest. If you conclude that one set of statements is a pack of lies (either that Israel is stealing land and born in sin, or that the Land of Israel belongs by divine right to Jews, not gentiles) then you may well excuse the other side’s extreme language because the underlying sentiment is legitimate.

You may even go a step further and dismiss the explicit call to violence as an over-zealous but excusable defense of a basically legitimate cause. If you do, you’ll probably explain that you’re excusing the violent language because the speaker was joking. Or because it’s a misinterpretation of benign words (“I meant that Second Amendment people should use their votes, not their guns”). Or because it was a purely theoretical discussion of an obscure text (Maimonides, 1135-1204? Really?) that any reasonable listener would understand to be inapplicable in current circumstances. And if some listeners aren’t reasonable, that’s not the speaker’s fault.

If this is how you judge incitement, there’s a good chance that your judgment is based heavily on whether the speaker is on your team — your nation, your religion, your identity group, your tribe — or pulling for the enemy. It doesn’t matter whether you’re conservative or liberal, Jewish, Christian or Muslim. If the jab hurts your team, you’ll call it a foul. And the odds are you’ll be speaking sincerely, unaware that your motive comes down to tribalism.

But there’s a third test: Who the speaker is and whom he’s addressing. An obscure preacher in a mosque in sealed-off Gaza isn’t likely to be riling up young hotheads in Hebron. Ditto a rabbi in Brooklyn influencing an extremist in Israel. On the other hand, if the talk is widespread — as “death to Israel” and “God, punish Thou mine enemy” are to their respective audiences — then every additional speaker is pouring more gasoline on the flames. It’s therefore the responsibility of every person of authority to watch their words.

By this test, the further the words are from any reference to violence, the less culpable they are. But the greater the speaker’s authority and the wider his reputation, the greater the obligation to be cautious in speech, given the possible consequences of the words.

The word “incitement” gets thrown around an awful lot these days. It’s rare, though, that any one statement passes all three tests. The rabbinical rulings condemning Yitzhak Rabin fall into that category. We know that in hindsight. But if you only judge by the outcome, you’re too late. It’s one of those things, like stopping terrorism, that we should try to identify before the worst happens.

All of which brings us to Donald Trump. He has great authority right now within a certain audience. It doesn’t look like he’s headed for the White House, but he’s got a solid 35% to 40% of the electorate taking him seriously and planning to vote for him. That’s at least 40 million to 50 million Americans. Most of them are probably reasonable folks, but some aren’t. That puts an enormous burden on him. And he doesn’t seem interested in understanding that burden, much less honoring it.

There are plenty of reasons why he shouldn’t be president. The fact that he can’t restrain himself when he’s insulted, that he feels entitled to throw around phrases like “Lyin’ Ted” and “Crooked Hillary” and yet doesn’t think a soldier’s family can criticize him on television — that alone ought to disqualify him from entering the White House as our commander in chief. The evidence is that he overreacts when he feels personally attacked, that he can’t control it even when it’s manifestly in his interest to do so. And that’s before he enters the most powerful office in the world. What happens when there’s nobody and nothing to stop him from having a tantrum?

All that is for voters entering the voting booth. His Second Amendment comment is in a different category, because the damage is done even before he faces the voters. Most of his followers surely can’t imagine themselves pointing a gun at a national leader, but all it takes is one. The fact that Trump doesn’t see himself as responsible for the possible consequences of his words makes him a danger not just as a potential president, but as a candidate on the hustings.

Every American should think long and hard about what it says about us that we have a man such as Donald Trump dominating the national stage. Above all, though, those who think that the likes of Mahmoud Abbas should be held responsible for violence inspired by his attacks on Israel have a particular duty to back away from Trump.

The bottom line: In this age of instant, global, mass communication, “incitement” becomes a slippery, loaded word. At some point, speaking out against injustice can become itself an injustice. We may not know we’ve crossed that line until it’s too late.

One of the wisest teachings in Jewish tradition tells us that the greater the authority one possesses, the greater the obligation to choose one’s words with extreme caution. It’s from the Mishnah (the core text of the Talmud), tractate Pirkei Avot, known as the Ethics of the Fathers: “Avtalyon used to say: Sages, be careful with your words lest you incur the obligation of exile and are exiled to a place of bad waters. The students who come after you will drink of these waters and die, and G-d’s Name will be desecrated” (Pirkei Avot 1:11).

That is: If you have a pulpit, watch your tongue. Your audience is listening. Your bad speech may foul the waters around us and lead your children to disaster. When you malign your fellow man, you blaspheme before God.==