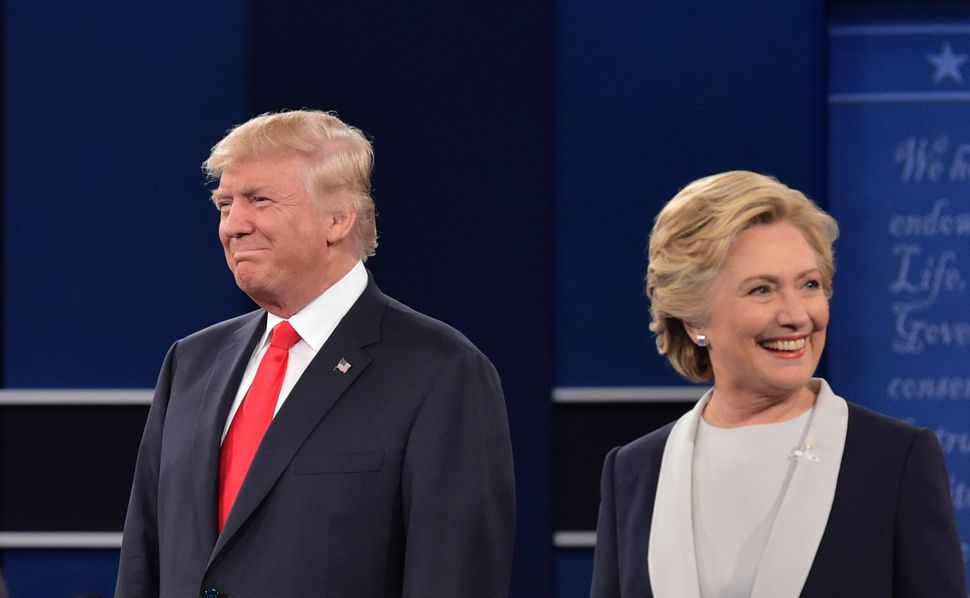 The next President has an enormous mess to clean up. Eight years of President Obama’s utopian rationalism has resulted in a sense of global unraveling — both of geostrategic stability and of American interests — and nowhere has it been worse than in the Middle East.

Half a million Syrians are dead, and millions displaced, undermining Lebanon, Jordan, and, on some level, even Europe. Power vacuums left by U.S. policy have been filled as Russia has annexed Crimea, kindled war in Ukraine and gone all-in to protect the 21st century’s worst war criminal, and as Iran has deepened its control over Lebanon and Iraq and triggered a regional war in Yemen and unrest in Bahrain. ISIS rampaged through the incoherence of Syria and Iraq. Egypt has been overthrown twice. Libya is a war zone.

Both Donald Trump and Hillary Clinton are aware that America’s global brand has declined precipitously, that its credibility and deterrence are in shambles, that its allies feel betrayed and its enemies emboldened. Yet each of the candidates would enter the job with a significant foreign-policy handicap.

For Trump, the problem is ignorance and inexperience combined with the arrogance of a cocksure real-estate mogul and reality TV star. We have little reason to doubt his support for Israel, but his instinctive reductionism looks at everything as a form of dealmaking, and he has little sense of the specifics of friends and enemies or the power dynamics of the region. His take on Syria is that bad guys like Assad and Iran “at least are fighting ISIS,” basically adopting Obama’s narrative, even though the Iran-Assad-Russia alliance is a much more serious long-term threat to U.S. interests. And Trump is even more likely than Obama to stab traditional allies like the Gulf States and the Kurds in the back.

On the other hand, Clinton, whose instincts about American power are far more informed and sensible, nonetheless carries two heavy burdens — that of the disastrous Obama policy, which she partly owns, and the radical isolationism that has infected her own party almost as much as the GOP. She will probably take a tougher line on Iran and Assad, but the heavy lift of reining in Russia, rebuilding confidence in American will, and substantively defanging an Iran deal that she nominally supported will require tricky bipartisan cooperation in the wake of the nastiest election campaign in memory.

And what of peace between Israel and the Palestinians? For the first time, we have a surprising alliance emerging between Israel and the Arab states — which, under either president, could conceivably be enough to soften the Palestinian position and facilitate a major handshake on the White House lawn. Yet the Palestinians, always torn between Hamas Islamists and Fatah kleptocrats and facing an unclear succession to Mr. Abbas, may feel they have little to gain from a deal. Both Trump and Clinton are likely to have a better working relationship with Israel’s leadership—but will it be enough to bring the Palestinians, who have always refused, to finally say yes to a final-status agreement and an end to the conflict?

Obama has always defended U.S. failures by invoking what he “inherited” from the Bush Administration. The next president will inherit something arguably far worse, and rebuilding will be an immense challenge.