To Survive Trump, All Progressives Need To Become Sabras 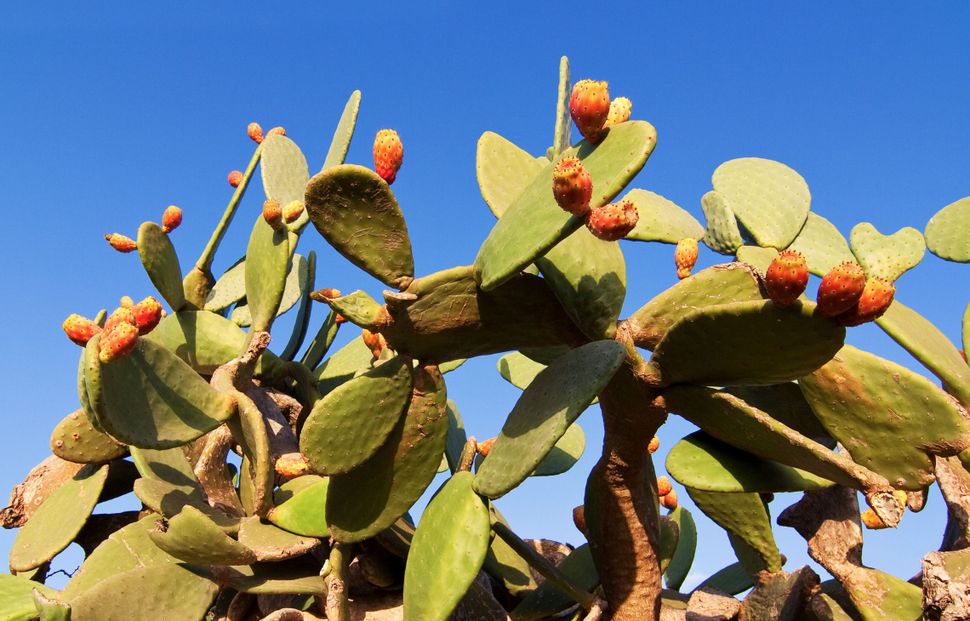 Before Sabra was a brand of hummus, it was a nickname for Israelis, who were said to be like the Sabra cactus: tough outside, but tender inside.

In the age of Donald Trump, all progressives must learn to be Sabras. We, like a generation of Israelis who lived with perpetual war, must learn to be ruthless publicly (as I proposed last week), but gentle in our private lives; sophisticated, even cynical, in working tactically for justice, but careful to maintain our own fragile humanity, and that of the people we love. We can’t let ourselves burn out, or lash out, or become one of those bitter, mean people who, like Trump himself, seem to have died on the inside. Instead, we must learn the sacred art of segmentation.

In our public work, we must be emboldened. Election results notwithstanding, we are not actually living in Trump’s America. Not only did Hillary Clinton win the popular vote by more than a million people, but a majority of Trump’s own voters don’t support the worst parts of his message. Half were evangelical and other conservative Christians, concerned about the Supreme Court and social issues. A quarter or so wanted an outsider at any cost. Really, only 20% of Trump’s voters — 12 million people, 5% of the U.S. population — believe in the worst he has to offer.

This is not to excuse the 40 million people who were willing to put up with racism, xenophobia, vulgarity, dishonesty, instability and shocking ties to Russia. It is only to say that the “deplorables” are nowhere near a majority.

Even more importantly, they are doomed. The demographics are what they are, and even mass deportations can’t stop the multiculturalization of America.

The inevitability of this recently hit me in an unexpected way. At the movies, I saw a trailer for the new Disney film, “Moana,” whose hero is a Hawaiian girl who fights to defend her community with the help of a legendary Hawaiian demigod. It’s just one movie, of course, but watching the trailer reminded me that the Trumpies can’t stop culture from reflecting who we are — and we are evolving, demographically and ideologically.

Trump can’t stop capitalism either; Disney wants the movie to succeed overseas, and operates in a global community. And that community, abroad and here in America, is not the mean, white mass that filled Trump’s rallies and so far fills his cabinet.

Take heart! The entire world is shuddering right now, but history is a marathon, not a sprint. Don’t waste energy engaging your Trumpist uncle. (I refuse to call these people conservatives; that is an insult to conservatives.) Don’t panic. It will get worse, but the deplorables are an ever-shrinking minority. Pick your battles, fight hard and fight smart.

And please, protect your personal life and your spiritual life.

By coincidence, the week after the election, I was teaching a meditation retreat, helping my students calm and sharpen the mind, even as, in my off hours, I was writing incendiary newspaper columns for this venue and others. It was a stark contrast, but actually it felt fine. Appropriate tactics for appropriate goals: calm, slow and gentle for the meditators, but not so calm or gentle for you, the readers to whom I am very grateful.

We’ve got to take care of ourselves. The vulnerable do not need your 24/7 attention. Do what helps you recharge, relax and enjoy life — not as an indulgence, but as maintenance. And take a close look inside, even if what you see is hard to behold. We need you in the game, especially if you’re one of the privileged ones who won’t be targeted for deportation, discrimination or militarized policing.

Maybe that means opening up more fully at a family dinner — or maybe it means not doing so. (Keep that Trumpist uncle far away from your inner life.) Maybe it means cracking open a book of timeless Jewish wisdom — or, hey, even going on a Jewish meditation retreat yourself, like the one I’m co-teaching in Connecticut over Christmas. We won’t be talking politics there, but we will be talking about the pain many of us are feeling, the sleepless nights, the justified senses of precarity and fragility.

Several times over the past couple of weeks, I’ve noticed myself cycling through Elizabeth Kubler-Ross’s five stages of grief: denial, anger, bargaining, sadness and acceptance. It’s just like when my mother died a year and a half ago, and my father 20 years ago.

Only, this is worse. In a grieving process, your loved one doesn’t die over and over again. There is the knowledge, albeit buried deep within at times, that this too shall pass. Not so in our political moment. We know that things are going to get worse, that each week will bring new bad news: another wilderness despoiled, another black man shot, another college student deported, another swastika, another rape. So in addition to Kubler-Ross’s stages, I’d add dread, fear, despair — all of which are entirely justified. Many of us are hurting, and as soon as we heal, we’re going to be re-injured.

And while the Trumpists are busy laughing at libtards like me, I’m proud to be someone who wants to actually feel his feelings and become more compassionate, rather than be a pathetic child who only grows more vulgar. I’m not going to process my grief in public, but I’m sure planning to do so in private.

I’m not usually a fan of the “holiday season,” but this year, it can be a good reminder of the other parts of our lives, the contexts and connections that give life meaning and imbue it with love. Thanksgiving, Christmas, Chanukah, Solstice — let’s take a cue from our calendars and turn inward, and turn toward those we love.

Some would say — indeed, some have said, in response to my last column — that it’s contradictory to be both a combative columnist and a meditating rabbi, to call for both battle and compassion.

But in the Jewish tradition, the sacred is called kadosh, which also means “separate.” The tradition sets aside special times and places for God, and separates them from the secular. Both are crucial, essential to the human experience — but separate. Strong outside, soft inside. Like a Sabra. Or a Thanksgiving turkey. I think there’s wisdom in that.

To Survive Trump, All Progressives Need To Become Sabras