How Did Donald Trump Happen? 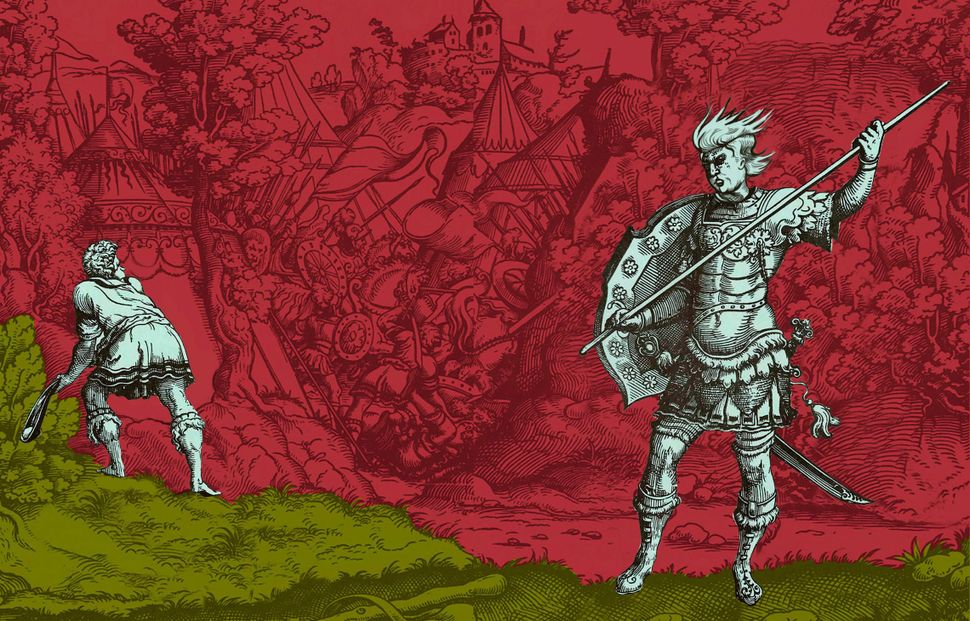 How could this happen? What do I tell my kids?

Fair questions. It’s fair to feel anything right now, especially fear. But, if it helps, consider that the Trump victory isn’t entirely surprising.

America has changed very quickly in the last 20 years or so. We’ve become much more multicultural — and have officially said that that’s a good thing. (Since Trump supporters don’t think it is, but are forced to conform to social expectations, they call this “political correctness.”) Our entire lives have been transformed by information technology, and the self-important “innovators” of the tech world seem fixated on transforming it more and more. We’ve become less sexist and far less homophobic. And globalization has permanently altered the ways in which Americans can make a living.

Do we really think that all these changes are embraced by everyone? Let’s not be naïve.

Most white Americans over the age of 40 grew up in a world in which white supremacy was taken for granted. White, Christian men ruled the government, cultural institutions — pretty much everything. You didn’t have to think about it, or join the KKK; it was just the water we all swam in.

And now? Robert Jones’s new book, “The End of White Christian America,” says it all.

This is human nature. Some humans welcome change, diversity and experimentation — and some fear all those things. As a group of anthropologists at MIT have explored, this variation in human nature seems to be evolutionarily adaptive. To have a successful population of primates, you want some apes to go explore that hill over there, and others to guard the fire and stay home.

America has always oscillated between these two tendencies. The libertinism of the 1960s and 1970s led to the conservatism of Ronald Reagan. And now the multiculturalism of the President Obama years has led to the nativism of Donald Trump. The black president is followed by the racist one. It’s tragic, but it’s not new. Or even surprising.

Or even unique. The same thing is happening in Europe, where influxes of immigrants have changed what it feels and looks like to be French or British or Hungarian. Marine Le Pen, Brexit and the Jobbik party are the backlash to those trends.

I don’t mean to sound relativistic here. It is morally deficient for men to treat women as less than fully equal, or for ignorance to determine people’s judgments of others. America has always been a nation of immigrants, and diversity is a moral and economic good. The newfound precarity of Muslims, Mexicans and people of color must trouble all of us who take ethics seriously.

But it’s obvious that around the world, the zeitgeist is shifting. We’ve had a period of globalization, cosmopolitanism and liberalism — and now we’re entering a dark period of contraction, nationalism and nativism. It’s like the breathing of an organism, in and out. And it’s happening everywhere, from Paris to the Philippines, sub-Saharan Africa to the American South.

In the near future, this will mean dark times ahead. Already, the economic aftershocks of Trump’s win are profound and far-reaching. We will now try it their way — the way of those Trump voters who bought into this charade of charlatanism and misinformation — and we will all pay the price, the marginalized most of all. Hopefully the Trump voters will see what their choices have wrought. But probably not.

Personally, as a queer Jewish journalist, I am thrice targeted by Trump’s know-nothing, anti-intellectual, anti-elitist and thus anti-Semitic ideology. His goons hound me on Twitter, and his policies will soon void my marriage (under federal law), cause a chilling effect in my profession and unleash a wave of Jew hatred such as I’ve not seen in my lifetime.

And I have it easy. I’m not Muslim, or undocumented, or an African American threatened by militarized policing. I have health insurance. I am even well-off enough to benefit from Trump’s tax cuts.

But it’s not like all this is inexplicable. There are many proximate causes: the endless rage of Fox News and further-right media outlets that have long disregarded truth in favor of conservative rabble rousing; the degradation of truth, science, education and culture in favor of commercialized vulgarity; the siloing of America. But beyond all those proximate causes lies human nature, and our opposing tendencies toward opening and closing.

The arc of the universe does not bend smoothly toward justice — it bends back and forth as populations waver between inclusion and exclusion, cosmopolitanism and patriotism. Humans are not only compassionate; they are also mean, and treat their kin more favorably than strangers, or those they perceive to be weak. I don’t know of any ethical anthropology, Jewish or otherwise, that doesn’t have equal space for the ennobling and degrading sides of human nature.

How could this happen? Because we are wired this way.

And what to tell our children? That we can rise above our wiring, that part of us still feels free, and that every moment, in the violent, tawdry years that are to come, we have an opportunity to go high when others go low. All of us are in the gutter, Oscar Wilde said, but some of us are looking at the stars.

This does not mean that love will win out. As we have just seen, hate wins sometimes. But winning is not the only thing.

How Did Donald Trump Happen?