Why I Detest Hanukkah, and Why All Right Minded Jews Should Too 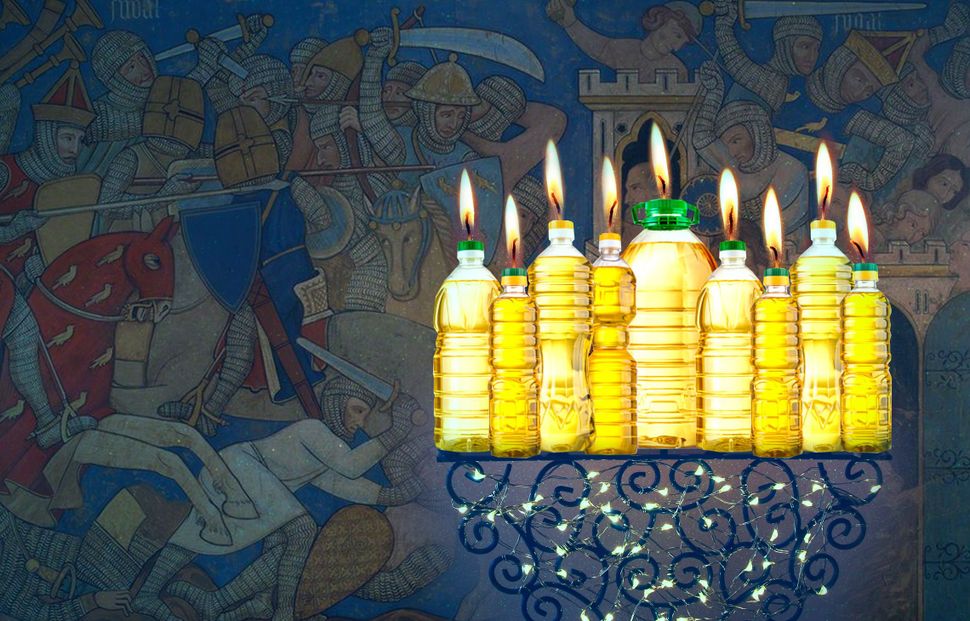 Even a curmudgeon couldn’t hate Hanukkah, right? A miracle of light in the winter? The little festival that could?

But if you look at it closer, it’s the little festival that could… could do what? Could celebrate the victory of fundamentalist zealots over a tolerant cosmopolitan Empire, slaughtering co-religionists on the way? Could encourage the consumption of artery-clogging, hip-swelling, skin-pimpling fried food? Could provide an opportunity for easy acculturation and the certain end of the Jewish people as we know it?

For, despite the lights we kindle, the festival we celebrate in the diaspora is Jewish Christmas, not Jewish Diwali. Religiously, the holiday is about as important as Shemini Atzeret — and if that festival means about as much to you as a lacrosse stick to a dolphin, that’s exactly my point.

An accident of the calendar has placed Hanukkah contagiously near to a major Christian gift-giving holiday and it has caught a feverish case of consumption. Surrounded by ostentatious giving, Jewish families have pumped this tiny festival so full of aspiration that it has swollen to a Hanukkah version of the grotesque “Ghostbusters” Stay-Puft marshmallow man.

If there’s a miracle it’s that the Jewish people are able to withstand family gatherings and the pressure of creative present giving for eight whole nights. At least the twelve days of Christmas are distinguished from each other by a banquet on the first day followed by different days for “Swans a-singing” and “Lords a-leaping” whatever goyish mishegas that is. We have eight nights of candles, candles and more candles. One for each additional level of family tension. The miracle of 8 nights is really a miracle of present-giving creativity, that there are enough pairs of socks — or, for the affluent, enough types of consumer electronics — that over-entitled children (and adults) don’t pull an Antiochus and destroy the hanukiah.

And why oil? Plus, if we have to theme our festivities around oil, why around eating it? I’d willingly welcome a holiday that celebrated creative uses of oil that didn’t end with heart disease — the Holiday of Sensual Massage sounds pretty good to me. But our observance of Hanukkah hews to the pattern of Jewish holidays that go “they tried to kill us, we survived, let’s eat.” In this case, however, the conflict was, to quote Rabbi James Ponet in Slate, “a blood-soaked struggle that pitted Jew against Jew.” It was not some evil opponent, but our own brothers who “tried to kill us.” The injunction “let’s eat” is laced with irony, coming as it does with a posthumous victory for both sides as we devour the life-threatening latkes, doughnuts and deep-fried doughnut-burgers 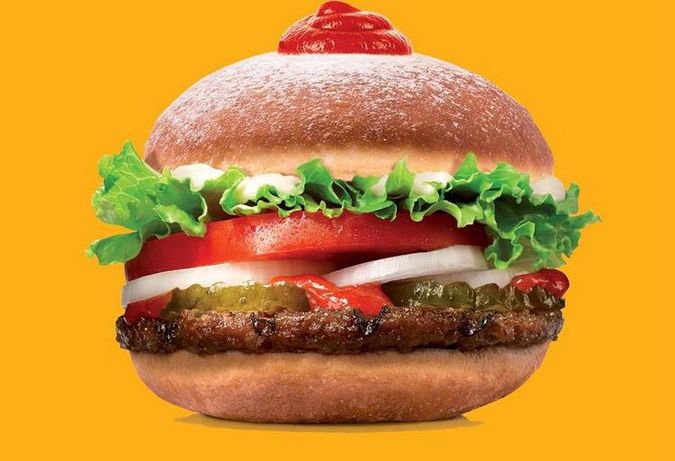 To make the origin myth of the holiday a more palatable story — one that you might even feel comfortable telling your children — rabbis tacked on the miracle of the oil to a violent story of extremist insurrection. I’m all in favor of this rabbinic intervention because really we shouldn’t be celebrating with oil, but with bloody internecine warfare. If we’re going to be authentic — and let me stress that we should never, in any way, be authentic — perhaps it should be the holiday where the Cohens go next door and murder the Goldbergs.

Or, if not oil or blood, then let’s take the essence of the miracle. What the warfare and the miracle of the light both share is the principle of lasting, of surviving against the odds. So instead of investing in 44 candles for the holiday we should have 9 that must miraculously last the whole festival. Or perhaps have one big festival meal on the first night that, against the odds, has to feed the whole family — including greedy cousin Jean — for 8 nights.

Maybe that’s actually what the rabbis were doing by making us light candles and sclerotizing food. After all, they did name the festival “dedication.”The rabbis, perhaps, were drawing our attention to the fact that we can endure, persevere and survive civil war, unhealthy food and unbearable family tension. If that was their point with rabbinic Hanukkah, I hate it even more.

Why I Detest Hanukkah, and Why All Right Minded Jews Should Too