Gateway to Death: The ramp at Auschwitz II-Birkenau where SS doctors made selections for extermination among the deported Jews. As it exists today at the Auschwitz Memorial, and an SS picture showing a new arrival of Hungarian Jews in May 1944. Image by Auschwitz-Birkenau State Museum

How should we define the authentic remains of the German Nazi concentration and extermination camp Auschwitz-Birkenau, which today are protected and preserved by the Auschwitz Memorial?

Should we define it as:

This is just the beginning of the list which summarizes the extent and the challenge of our Museum.

There is also another priceless part of our authentic collection: the archives, with over 30,000 pages of testimonies of survivors and eyewitnesses as well as over 45,000 pages of their memoirs. These are individual stories of people who survived, stories which can help us today to comprehend the existing architecture of the former camp through personal experiences, emotions and dilemmas.

I agree with the words of Menachem Rosensaft quoted by Tom Tillett that “as much as any other event, if not more so, the Holocaust requires the chronicler to be scrupulously accurate.” Yet Tillet is not accurate in saying that “the large building where most prisoners first entered Auschwitz I and went through processing is lost due to its contemporary usage,” since, in fact, this building was never actually completed during the war.

This year the Auschwitz Memorial will be 70 years old. It was created thanks to the efforts of survivors in July 1947 and in many ways, the way we operate today is based on their decisions. One such decision was to organize and house exhibitions, archives, collections and the whole management of the institution of memory in the much better constructed buildings of Auschwitz I, and to leave Birkenau in as authentic a condition as possible.

Another key decision made by survivors was to create replicas of a few structures in Auschwitz I that Germans had destroyed: They reconstructed the execution wall and one of the gallows, and used original parts to reconstruct two crematoria ovens inside the building that had housed both the original crematorium and the original gas chamber. They wanted to allow people to enter the only standing building of a former gas chamber, as all the other gas chambers and crematories in Birkenau were ruins, and those ruins were kept as such.

Almost all visitors see both parts of the Memorial. They see exhibitions and learn many historical facts about the creation and functioning of the Auschwitz complex — including Birkenau. After this educational introduction, they have the unique opportunity to better understand what they learned by looking at the remains of Birkenau itself.

We are aware that the main exhibition was created by survivors in 1955. This is why one of the most important current projects of the Memorial is creating a new exhibition, which will not only tell the story of extermination and concentration camps from the perspective of victims but will also show the world of perpetrators and the place of Auschwitz among Nazi German state institutions. The three parts of the new exhibition should be open in 2021, 2023 and 2025, respectively.

We also are aware that the Memorial’s infrastructure, which was originally set up decades ago to serve up to 500,000 people annually, is not equipped for the volume of visitors we receive today (in 2016, for instance, we received over two million visitors.) We understand that people who visit and spend long hours at the Memorial need some basic accommodations, such as a bookstore, restrooms, and even a small vending area. This is why we have already started the project of creating a completely new visitors center — importantly, outside the core historical area.

We are aware that tourists visit the Memorial, but from our perspective the Auschwitz Memorial is not a tourist attraction. First and foremost, it is a place where we commemorate the fate and life stories of the 1.3 million people deported there: 1.1 million Jews, 150,000 Poles, 23,000 Sinti and Roma, 15,000 Soviet prisoners of war, and others. The visitors are told at the beginning of every guided tour that they are about to enter a cemetery-like site, and they should behave appropriately. Most people respect that.

The Memorial is also an important center of preservation. Our modern laboratories and conservation experts fight against time to save every single authentic remaining object— a toothbrush, a house key, a fragment of eyeglasses, a family photograph, an SS document, or the ruins of a gas chamber or a wooden barracks for prisoners (Tillett is again mistaken about the wooden barracks in Birkenau — they were not rebuilt, they are original.)

It’s also important to note that no other former German Nazi concentration camp or extermination center sites in Europe is in such authentic condition today, nor have any been so successfully preserved. The management at the Memorial can be so effective in our preservation efforts because of international consensus granted to us by the International Auschwitz Council, a consultative-advisory organ of the Polish Prime Minister’s office dedicated to preserving, maintaining and developing the site of Auschwitz and other Memorials located in today’s Poland. Its members include world-renowned authorities on the history of concentration camps and the Holocaust. 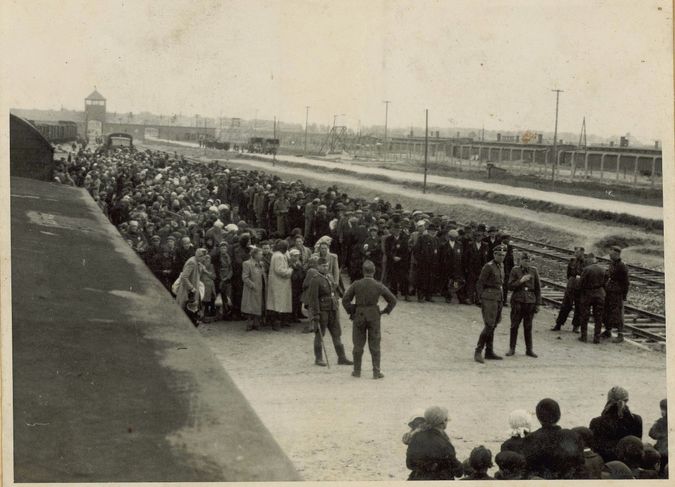 Gateway to Death: The ramp at Auschwitz II-Birkenau where SS doctors made selections for extermination among the deported Jews. An SS picture showing a new arrival of Hungarian Jews in May 1944. Image by Auschwitz-Birkenau State Museum 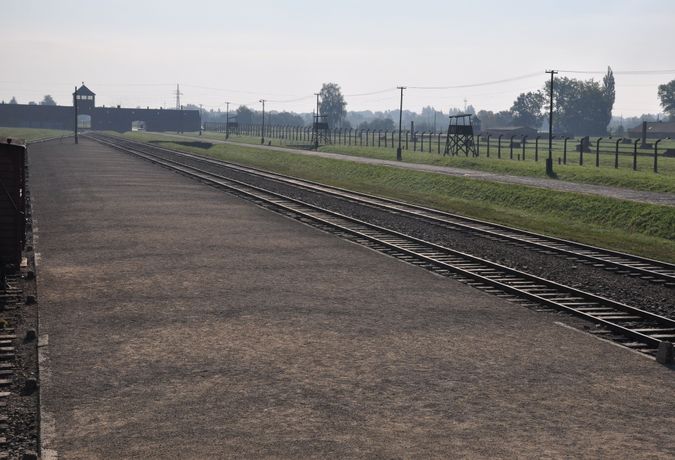 The Auschwitz Memorial is also a place of education, with learning activities developed at the International Center for Education about Auschwitz and the Holocaust, which was created in 2005. Last year, we finally secured funding that will allow us to create a modern headquarters for the center, with lecture rooms and all necessary infrastructure to conduct more extensive education programs for people from around the world.

362 days a year, our 286 educators explain the difficult and sensitive history of Auschwitz and its victims in 17 languages. They help visitors coming from all around the world to understand this complicated topic using all the authentic objects and locations at hand. They walk through the historical sites, they use exhibitions, and, as a result, they keep the authentic stories of survivors alive by telling them to people.

Many visitors come to the Memorial prepared. Teachers and educational leaders understand the role of bringing their students to the historic site not only as a lesson of history but also one of civic education — as Auschwitz has been and will continue be a warning to humanity. But we also truly believe that many people who begin their visit as tourists later became messengers of remembrance, and that this happens thanks to experiencing the authenticity of the site as guided by educators. Visiting the former camp itself is a valuable personal experience which can teach and change people. The fact that visitors might initially attend the site as tourists does not change that.

Pawel Sawicki is the press officer and an educator at the Auschwitz Memorial. Follow the Memorial on Twitter @AuschwitzMuseum