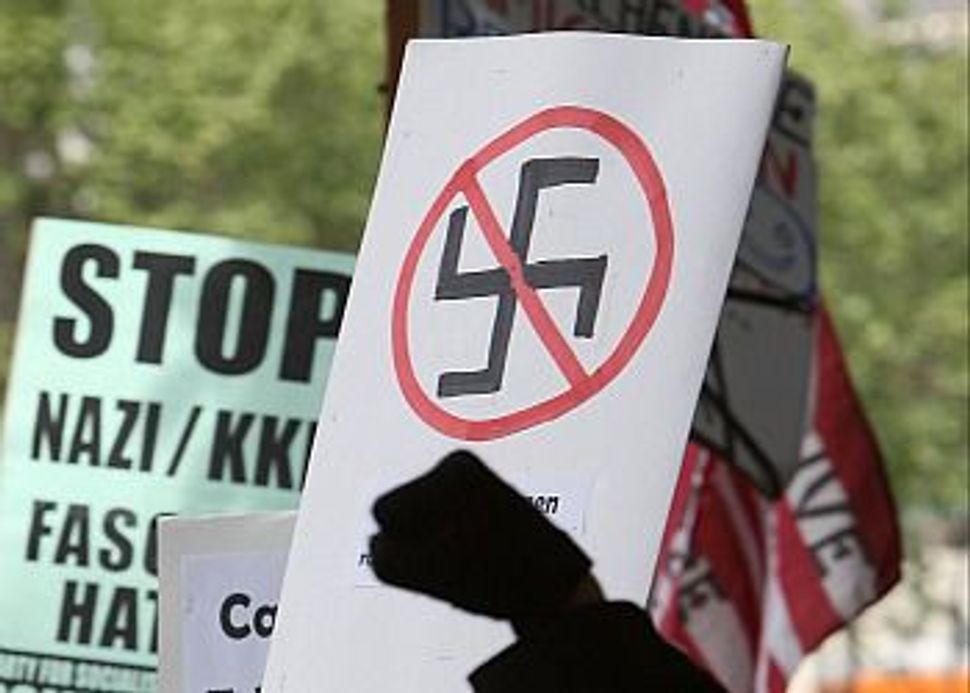 The Forward plans to regularly monitor on the surge of anti-Semitism in many parts of the country and the world. The mission of this column is not to unduly alarm, but rather to raise awareness of a disturbing trend that, from some vantage points, can prove difficult to spot.

1) Stanford’s Printers Hacked to Print Anti-Semitic Flyers Several printers connected to Stanford’s school network were hacked to send anti-Semitic flyers to offices around campus. Though both the FBI and Stanford University IT are investigating, it is unclear exactly who sent the flyers. There is speculation that the hack might be a part of a larger campaign targeting several universities (including UC Berkeley and Vanderbilt in Nashville, both of which had similar attacks at the beginning of January that involved printers spewing flyers with swastikas and the date of Trump’s inauguration on them.) The flyer hack follows a wave of recent anti-Semitic vandalism on Stanford’s campus.

Jews in the greater London and Manchester areas coped with more anti-Semitic attacks this week. These included throwing a brick with swastikas and anti-Semitic messages through the window of a Jewish home, pelting a group of identifiably Jewish people with eggs while they walked home from Shabbat dinner, and a number of acts of anti-Semitic vandalism and grafitti. Both Scotland Yard and the London Metropolitan police are investigating the hate crimes.

Around 30 Jewish institutions—primarily JCCs—in at least 17 states received bomb threats in the second anti-Semitic bomb threat wave this month. The first wave came on January 9th, when bomb threats were called into 16 Jewish institutions in the Northeast and the South. This second, larger wave differed from the first in that, while the initial bomb threat calls were largely automated, calls in the second wave were primarily live. All the threats, upon inspection, were empty, but the calls forced the evacuation of thousands of people and struck fear in Jewish communities around the country. 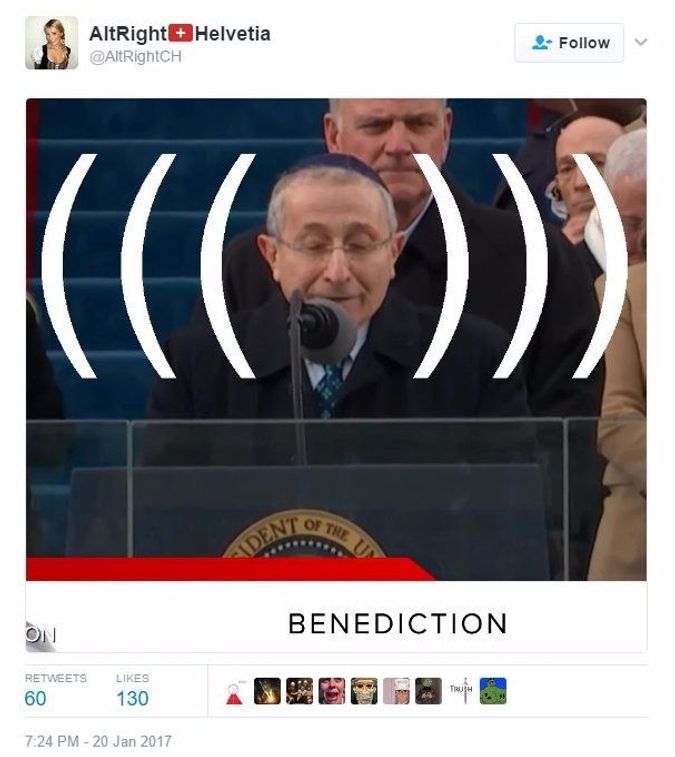 When Rabbi Marvin Hier took the stage during Trump’s Inauguration, as one of six faith leaders to do so, Twitter’s anti-Semites took to their keyboards and pumped out abusive Tweets that specifically targeted Hier’s Jewishness. The Tweets came primarily from accounts that were allied or associated with various White Nationalist movements, and included sentiments such as “Jews are enemies of America”, “get the kike off the stage”, calls to “light the Jew on fire”, and the usual references to gas chambers and Hitler.

Some of the country’s most prominent anti-Semites cheered the new president as he became official, continuing to confirm the troubling relationship between the Trump administration and White Supremacists. Former Klan Grandwizard David Duke Tweeted, “Hail Prez Trump”, while Daily Stormer, a neo-Nazi site dedicated to solving the “Jewish problem”, stated that the inauguration marked “Victory Day…the day that all of our work comes to fruition.”