Letter to the Editor: The Notion That HIAS ‘Profits’ from Resettling Refugees is Ludicrous 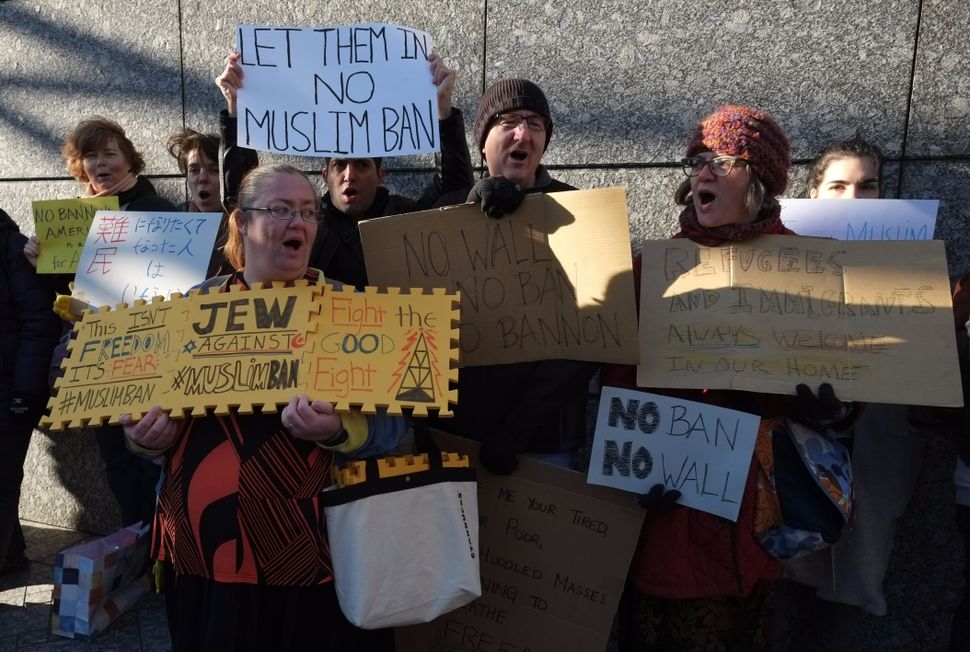 On January 31, the Forward published a letter from the leadership of another Jewish organization that directly challenged the position of Hebrew Immigrant Aid Society (HIAS) on the Refugee and Muslim Ban, signed by President Trump on January 25, 2017, which happened to be International Holocaust Remembrance Day.

During the 1930s and 1940s, there were no international laws protecting Jews or other refugees. As a result, six million Jews, labelled “security risks” by the United States and others, were unable to escape the genocide in which they were trapped. In 1951, an international Refugee Convention was finally drafted to ensure that never again would refugees be turned over to their persecutors.

In the letter published on January 31, the writers charged that, “under Jewish law,” HIAS is in “no position to judge” Trump’s refugee and Muslim ban because we have a “profit motive” and receive “millions of dollars” to promote admitting poorly vetted refugees.

We feel compelled to correct the record. Yes, HIAS (along with eight other mostly faith-based agencies) has worked in partnership with the United States government since the passage of the Refugee Act of 1980 to welcome and resettle refugees to the United States. Donald Trump interrupted that partnership on January 25. Yes, HIAS does receive funding to subsidize these efforts, but we do not make a profit.

HIAS’ local resettlement sites receive $2,075 per refugee with which we must pay our staff and overhead while providing the refugee with transportation, a fully furnished apartment for three months, a kitchen stocked with food, English lessons and cultural orientation, a cash allowance, assistance with school enrollment, and job placement services. There is no profit; we rely heavily on local volunteers and donations on top of the basic funding provided by the government. And we receive this support for resettlement of refugees of all faiths.

Nor are refugees “poorly vetted.” President Obama implemented “extreme vetting” in 2011 and every refugee who comes to the United States is screened more thoroughly than any visitor or immigrant and certainly more than gun-buyers in the United States. Fingerprints and family histories are taken of each and every applicant, who are also subject to multiple face-to-face interrogations and checks against multiple U.S. law enforcement and intelligence databases, a process which can take 24 months or more.

An America that does not welcome refugees is not America, and the American Jewish community owes its very existence to this country’s tradition of welcoming refugees. Nearly 2,000 Rabbis have recently signed a statement to this effect, as have many other Jewish organizations and movements. HIAS used to rescue refugees because they were Jewish. Today we rescue refugees because we are Jewish. That is the only reason HIAS does what it does. Not for profit, but out of love and a commitment to our Jewish-American values.

Dianne Lob is the Chair of HIAS and Mark Hetfield, President and CEO of the resettlement agency.

Letter to the Editor: The Notion That HIAS ‘Profits’ from Resettling Refugees is Ludicrous