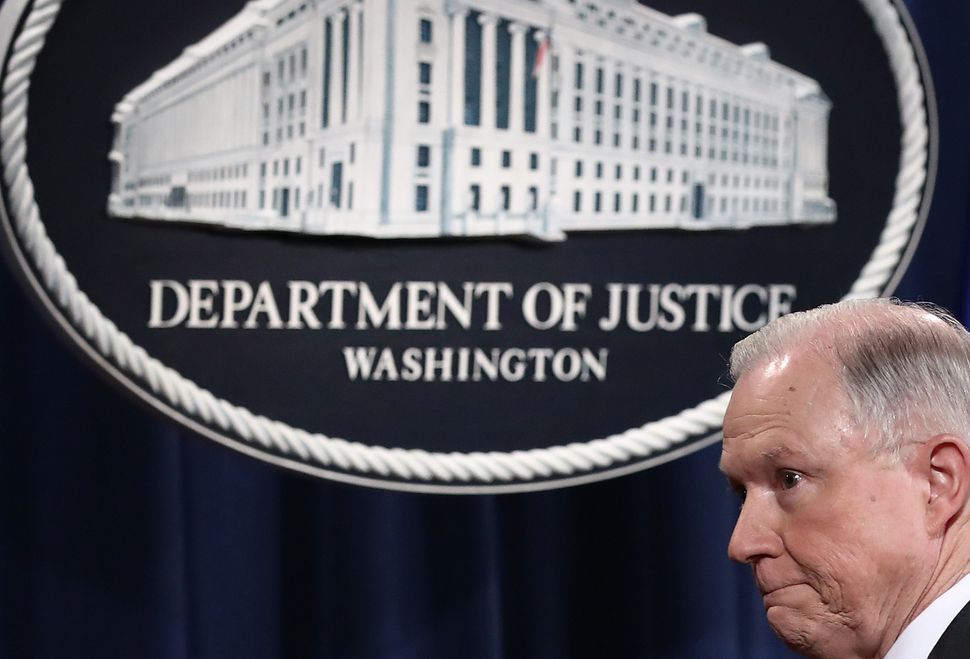 Every four years, our country produces a new administration, and every four years, women wonder what’s in it for us. We want government policies that will protect us against discrimination, help us earn a decent living, ensure that our children are well fed and educated and foster the overall well-being of our families. In an America where men’s needs are generalized as the default, it’s time for a government that knows what we are facing, cares about our problems, and respects us as agents of our own destiny.

What would a cabinet that sought to serve women look like? Now that the top level of President Trump’s cabinet is nearly in place, we know what a pro-woman cabinet would not look like. It would not feature Attorney General Jeff Sessions as its leading law enforcement official. In the Senate, Sessions opposed the Lilly Ledbetter Fair Pay Act of 2009, which strengthened the ability of women to fight job discrimination. He voted twice to defund Planned Parenthood and voted to ban abortions at 20 weeks. He opposed renewal of the Violence against Women Act and hedged on whether grabbing women’s genitals, as then-candidate Donald Trump boasted of doing, constituted sexual assault. Sessions also moved to cut $20 billion from federal food assistance and voted against increased funding for after-school programs.

A cabinet for women would certainly not have Secretary Tom Price leading the Department of Health and Human Services, where he will undoubtedly try to eviscerate the Affordable Care Act. Price voted more than 60 times in the House to repeal health care reform — reform that ensured women receive birth control at no added cost, maternity coverage, annual well-woman exams, mammograms and PAP smears as recommended, and an end to discrimination based on gender and pre-existing conditions, among other benefits. Both Price and Sessions would empower the state, not women, to decide whether, and how, to end a pregnancy.

It would not include Secretary Betsy DeVos, who lacks comprehension of Title IX, the landmark legislation that outlaws sex discrimination in educational institutions and programs that receive federal aid, and addresses sexual harassment, gender-based discrimination, and sexual violence. Secretary DeVos also seems uneducated about federal protections for kids with disabilities. Importantly, she has no experience regarding public schools, where mothers across America send more than 50 million kids every day to learn. At her hearings, the only thing Betsy DeVos seemed to know about is school vouchers, which she has spent most of her adult life promoting at the expense of public education.

Would a cabinet for women include the new nominee for secretary of labor, Alexander Acosta? Acosta comes after the implosion of Andrew Puzder, the fast-food magnate whose companies used sexist commercials to peddle hamburgers. Acosta previously presided over the overt politicization of the Justice Department’s leading unit prosecuting civil rights violations. Prosecution of employment discrimination cases fell during his tenure at the Justice Department. His views on other labor issues of importance to women, like the Equal Pay Act (and the longstanding need to improve it), a minimum wage increase, and the value of the department’s Women’s Bureau, are now largely unknown and must be determined during his confirmation hearing.

A cabinet for women would not have a secretary at the Department of Housing and Urban Development like Ben Carson, a neurosurgeon who apparently knows little about housing policy or the requirements of the Fair Housing Act. Women depend on fair housing enforcement when we seek to buy a house or rent an apartment. We expect protection from sexual harassment and demands for sexual favors made by landlords in return for a roof over our heads. We need a department that will enforce the provisions of the Violence Against Women Act that bars discrimination against survivors of domestic violence — HUD has protected women against local laws and landlord policies that allow or even require the eviction of women who have called police when threatened by partner violence.

Cabinet secretaries take an oath of office that ends with a pledge “to faithfully discharge the duties of the office on which I am about to enter.” It is not too much to ask that the powerful leaders of those departments have a deep understanding of those duties, along with an expressed commitment to enforcing those laws that seek to dismantle discrimination and promote equality for — among others — women.

Nancy K. Kaufman is the chief executive officer of the National Council of Jewish Women.