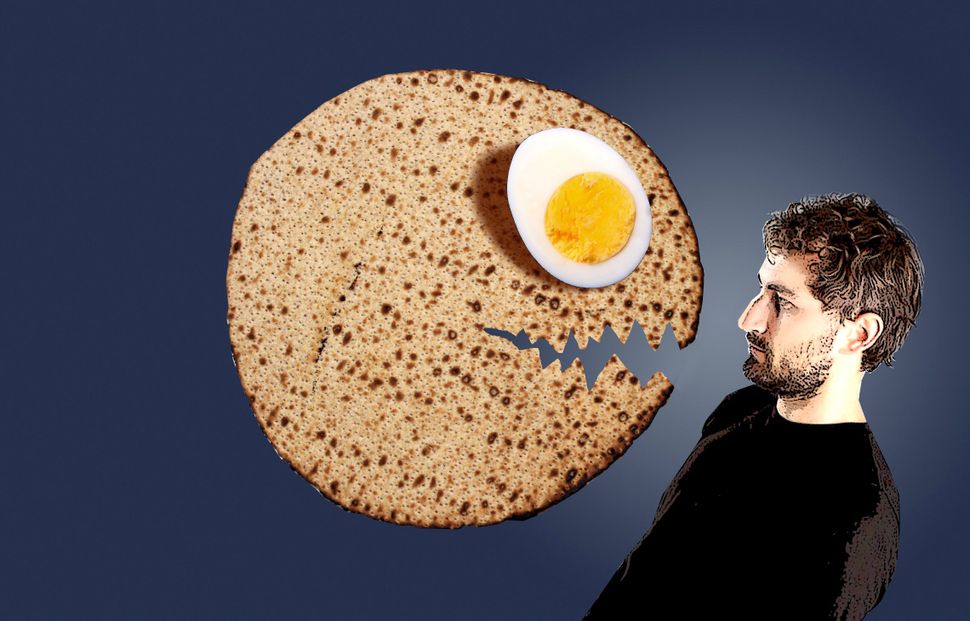 I hate Passover. And I’m not alone.

It’s a Holy Day as smug and stomach-hurting as Yom Kippur, but one that lasts as long as the eight oily days of Hanukkah. It’s as fraught with familial tension as a Thanksgiving turkey with one blue wing and one red wing, but, like the playoffs, you have to come back the next night and face the same folks all over again — without even any whisky (made from grain) to take the edge off. And, one final straw: Because Rabbi Jesus celebrated the Seder for his Last Supper, every last Judeo-Christian denomination wants a piece of it.

My Ashkenazi forbears didn’t build a ceremony of suffering to commemorate our history of suffering just for you to have a party. So, if it’s not clear yet, I want to explain why — if you, or your community, are enjoying it — you’re doing it wrong.

Here’s the context. More than any other festival, Passover defines Diaspora Jews. Why, as Milton Himmelfarb’s non-PC quip goes, do American Jews in particular “earn like Episcopalians but vote like Puerto Ricans”? Because Passover.

Why does our deeply middle-class, essentially white, ethnic group have such a feeling of affinity with African Americans? Because Passover.

Why do traditionally observant Jews walk around irascible and constipated for just over a week every year? Because Passover.

The story of liberation from slavery in Egypt is such a compelling one of choice, deliverance and, yes, Divine Providence that it has had a profound impact on the Jewish people. The Seder itself, sharing many features of a classical symposium (and some features of a kindergarten luncheon), lands a series of effective pedagogical blows culminating with a moving story of redemption. What’s not to love? Let’s embrace it. Let’s put random fruit on our Seder plates, sing about buying cheap goats and invite our non-Jewish neighbors and family. Come, eat our delicious brisket, hear how bad we had it.

But if you are actually enjoying the experiential re-enactment of the liberation from the oppression of Pharaoh into 40 years of wandering in the desert, you are at best a Simple Child and, more probably, what the holiday labels a Wicked Child.

And here’s why. Passover is about really having a taste of life as a slave, not just a taste from drinking some salt water tears or eating some bitter herbs (bring me my tiny Egyptian violins), but actually feeling an abnegation of self, a subjection to the whims of a capricious ruler and the complete and utter bone-wearying domesticity of cooking and cleaning to no personal benefit. It’s not fun. It’s not meant to be fun. I hate it, and so should you.

Here are the seven things that should plague you over Passover, and why:

For eight days we remember what it means to suffer. We are supposed to hate Passover for viscerally reminding us what happened to us when we were brought out of Egypt.

Even at the end of their famous Exodus, Jah people are wandering in the wilderness with nary a clue. Within reach of Revelation we build a golden calf, within reach of the Holy Land we ditch Moses and follow the rebel leader Korach. And now, within reach of the delicious cheesecake of Shavuot, we’ve installed the festival The Beatles called “8 Days No Wheat.” Hate this festival of liberation, it’s your religious duty.

Dan Friedman is the executive editor of the Forward and is its resident curmudgeon. Follow him on Twitter, @danfriedmanme