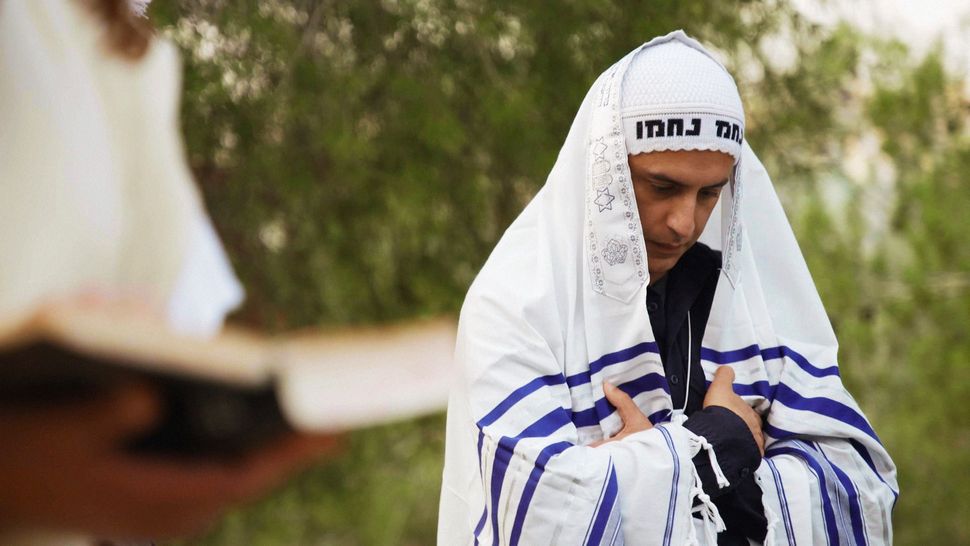 Reza Alsan dressed as a NaNach. Image by CNN

Reza Aslan, host of the modestly named “Believer With Reza Aslan” on CNN, has rendered his verdict: “ultra-Orthodox” Jews in Israel are to the Jewish state what the mullahs were to Iran in 1979.

Sensationalism isn’t entirely unexpected from a presenter who, on the segment of his show dedicated to Hinduism, focused on a sect of Indian nomads who eat human brains. But at least that sect actually exists. The “ultra-Orthodox” menace that Aslan imagines doesn’t.

To promote his program titled “The Haredim,” the Iranian-born host wrote an essay, published by CNN.com, that began with the sentence “I know better than most how unexpectedly a country can be changed from within,” and whose closing line is “And as someone who lost his own country to a small but powerful group of religious zealots, I genuinely worry about the future of Israel.”

There are certainly grounds for worrying about Israel, among them the animus of those very Iranian zealots who vow to “wipe Israel off the map.” But casting Israel’s Haredim as some sort of Black Peril bent on creating an oppressive theocracy is loony. Aslan admits that a violent revolution in the style of the Iranian Revolution isn’t in the offing in Israel. But rather, he imagines, it is insurgency that will “occur quietly and gradually,” with Israelis one day “wak[ing] up and find[ing that Haredim have] more or less taken over the state.”

The program introduces that frightening scenario with an ugly untruth, the contention that Haredim believe “they are the true and perhaps only real Jews in Israel.” Were that the case, the immense amount of energy and resources that Haredim in Israel and around the world expend on introducing religiously nonobservant Jews to Jewish study and observance, and on social services to benefit all Jews – Reform, Conservative, secular and none of the above – would be a puzzling waste. The fact is rather simple, and hardly shocking: Haredim believe that the Torah’s laws are eternally valid, and they shun many aspects of what passes for contemporary culture; but they fully embrace all Jews, including those estranged from observance or mired in the milieu.

And the ludicrous contention that Haredim are poised to take over Israel and that they will turn it into an Iran-style theocracy?

Well, Orthodox Jews, a large percentage of whom are Haredim, are in fact on the demographic upswing in Israel, as in the United States. So there are certainly grounds for imagining that they will play a greater role in their respective bodies politic. But Aslan misrepresents the aspirations of Israeli Haredim. 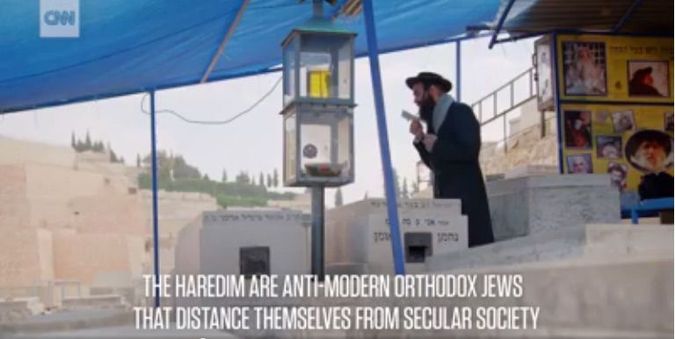 What they seek, and have always sought, is not a theocracy but a simple modus vivendi with other Israeli Jews that allows them their space and their traditions. Despite what Aslan and some Israelis contend, Haredim seek not to expand the current influence of the Jewish religious tradition in Israel but to preserve it.

Some history: On June 19, 1947, shortly before Israel declared its existence, David Ben-Gurion and other officials of the Jewish Agency For Israel signed what came to be known as the “Religious Status Quo Agreement.”

The agreement declared the nascent state’s guarantee of religious freedom for all its inhabitants, and pledged state observance of the Jewish Sabbath as the official day of rest; provision of only kosher food in government kitchens, and the option of a system of traditional Jewish religious education. It also addressed Jewish “personal status” issues like marriage, divorce and conversion, assuring the religious community that “everything possible will be done [to] avoid, heaven forbid, the splitting of the House of Israel into two.” (Israel’s first prime minister recognized that multiple personal-status standards will inevitably result in multiple “Jewish peoples.”)

For nearly 70 years, Israelis have accepted that respect for Jewish law. Where there have been religious skirmishes – over government recognition of non-halachic conversions, Sabbath restrictions on businesses, what sort of public services are acceptable at the Western Wall – those who wish to dismantle the religious status quo have been the initiators of the conflict.

To be sure, just as some ultra-secularists bristle at the status quo, some individual Haredim may act in uncouth ways. But when some immature youths with too much time and too little love for fellow Jews insult people or throw things at them in the belief that they’re doing something righteous, they’re not. And they’re as distant as any outliers of any society. And some religious nationalists – though not Haredim – may regard Israel as a potential Davidic Kingdom. Those nationalists may revere “Greater Israel” and want to expel Arabs, but Haredim — both those who participate in the country’s political system and those who shun it — share neither of those nationalists’ political goals.

But Israeli Haredim as a group are not plotting to undermine Israeli society.

CNN broadcast the episode “The Haredim” just as Jews were about to recount from their Passover Haggadot how Pharaoh, without any basis, sought to portray Egypt’s Jews as a malignant force that would one day take over his country.