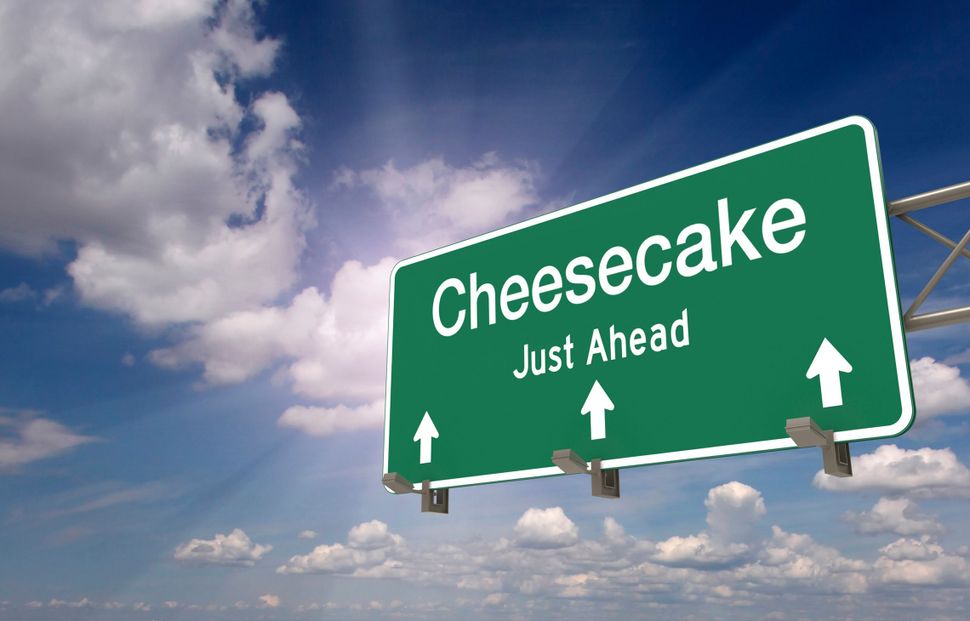 First off, you should know that the Omer — or, as it’s more properly known Sefirat HaOmer, “The Counting Of The Omer” — is a calendar mechanism that takes us from matzo to cheesecake.

Who doesn’t love that?

But it’s not all sweetness and cheese. Over the seven weeks of the Omer we have to work for our cake: notably by counting the days, each evening. An “Omer” is a sheaf, or a dry measure (about 43.2 eggs, if you have any left from Passover), so really we’re counting not just the days, but also the growth of the crop until the harvest.

Like the conductors on the Japanese railroads who have record-low accidents because they point to their tasks with their gloved white hands as they enumerate those tasks, every day of the Omer we Jews say a blessing that points to the number of the day we have reached, and say, “Hey, this is what we’re doing!”

Plus, of course, there are beards.

For me, growing up as an Ashkenazi boy (then, once I had stubble, a man’s manly man), the Omer was the stretch of springtime that took me from the second day of Passover (one of the three crucial pilgrim festivals) to Shavuot (the Feast Of Weeks, the ancient pilgrim harvest festival). It’s a period where we recognize the change of seasons and pray for dew to fall instead of rain. It’s the time of year when it slowly becomes pleasant to go outside again.

But, importantly, while those of the medieval Christian world was jumping for joy about the rebirth of the world and the resurrection of their savior — celebrating in Eastern Europe and elsewhere through the time-honored institution of Easter pogroms — Jews tended to agree with T.S. Eliot that “April is the cruellest month.”

In my tradition, the period of the Omer is one of semi-mourning during which Jewish law bans music and any parties, such as weddings, and forbids haircuts or shaving — hence beards! This is ostensibly to commemorate a dread disease that ran fatally through thousands of students of Rabbi Akiva in ancient times, but really it’s to combat contemporary hubris. As the sap rises and trees grow, young men (especially perhaps those at all-boys schools such as the ones I went to) are given to understand that this is a time of mourning, not a time of celebrations. No weddings, boys, no parties.

Not only do we grow our literal and figurative beards, we are not permitted to trim them. Despite our excitement at the growing tulips and the bees that pollinate them, despite our enjoyment of the trees that bud and the songbirds that sit in them, we point to ourselves and say this is a humble person who recognizes that nature is not flowering for me, nor because of me.

Unlike Moses, who is refused entry to the Promised Land because he banged his shepherd’s crook on the rock, we humbly count our way into the promise of rebirth. After 33 days we have Lag b’Omer — a brief respite and single day of acceptable celebration in the weeks of mournful calendar crossing. Then we go back to counting our sheaves before they are harvested, and to the day that celebrates not only the harvest of crops, but also the anniversary of God giving the Torah to the Children Of Israel — the harvest of The Law.

It’s hardly surprising that with the Torah explicitly laying down such an obviously auspicious period — seven weeks, each of the seven days between first fruits and final harvest (both agricultural and scriptural) — the observance has accrued some kabbalistic symbolism, but I’m willing to indulge the pattern-finders during this time of radical environmental humility. For whatever type of Jew you are, whether kabbalist or karaite, Hasid or Mitnagid, observant or spacey, curmudgeon or Pollyanna, you have to admire this elegant span of time, like a divine calendrical Calatrava that takes us step-by-step from unleavened freedom to dairy delight at the receipt of the Torah.

Dan Friedman is the executive editor of the Forward and is its resident curmudgeon. Follow him on Twitter, @danfriedmanme