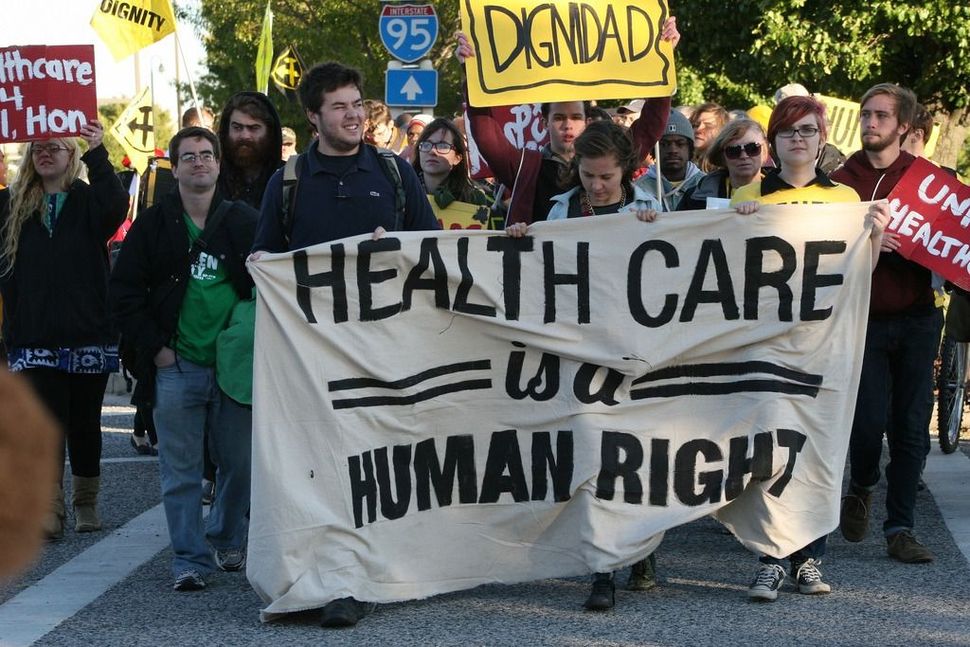 It’s all too easy to understate the harm done to America by the House of Representatives on May 4, when the House narrowly passed the so-called American Health Care Act. The cobbled-together bill, the Republicans’ first concrete step toward unraveling Obamacare, won’t end up becoming law. Unfortunately, considerable damage has already been done — to the future of our health care system and to America’s moral balance sheet.

For starters, the House bill as written would strip tens of millions of Americans of their health insurance. Everyone else would stand to lose some basic protections because states would be allowed to cut, for instance, maternity care, prescription drugs and coverage of pre-existing conditions. All that would happen, that is, if the Senate approves the bill as is. Which it won’t. At first glance, then, you could conclude that it’s not as bad as it looks.

First glances can be deceiving, though. For one thing, any bill the Senate does pass must be close enough to the House version to win House approval. The two chambers must agree on one version before the president can sign it. If the two are deadlocked, the measure would die, Obamacare would remain intact and our ruling party would have to declare defeat on its top campaign promise. In a sense, the House version is a window into the soul of the party that governs us — and perhaps of the people who voted for it.

Whether or not it becomes law, therefore, its passage in the House has a profound moral impact. It’s a statement about who we are as a people. It pulls the rug out from under America’s already tarnished moral standing, in our own eyes and the world’s. What happened May 4 was that the lower house of the United States Congress — the people’s house, intended by America’s founders to reflect the popular will — voted to deny lifesaving medical treatment to millions of fellow citizens who can’t pay for it.

The main critics of Obamacare like to wrap their opposition in touching oratory about the sanctity of the physician’s calling and the perils of ham-fisted government interference. They insist that people must retain the right to choose their own doctors; that government bullies mustn’t disrupt the intimacy of the doctor-patient relationship, and that vital medical decisions shouldn’t be left to faceless bureaucrats.

It’s obvious with a moment’s thought that this is all nonsense.

Few Americans still have insurance that lets them choose their favorite doctor and lets patient and physician make all the most intimate and essential medical decisions. Three-fourths of all those with private insurance (as opposed to government-backed Medicare and Medicaid) are enrolled in managed-care programs, usually either health maintenance organizations or preferred provider organizations. Neither covers you to visit any doctor you choose. Both require you to choose from a selected list of doctors in order to receive the coverage you’ve paid for. As for meddling by faceless government bureaucrats, those meddlers would simply replace the faceless insurance company bureaucrats who now control so much of our fate. At least government bureaucrats are theoretically answerable to the public that pays them. Insurance bureaucrats answer only to their shareholders.

What the critics really have in mind becomes obvious once they feel backed into a corner. Then the masks come off and the true feelings come out. For weeks after the Republicans’ initial failure to adopt a bill, the airwaves were filled with GOP lawmakers telling anyone who would listen that they resented having to pay for other people’s troubles. The outpouring of resentment became a barrage of bile after the late-night comic Jimmy Kimmel exposed their callousness May 2. In his tearful 13-minute monologue he discussed his newborn son’s congenital heart ailment and begged Americans to agree that babies shouldn’t die for lack of insurance, nor be punished later because they were born with a condition. That brought this tweet from Chicago talk radio host and former Republican congressman Joe Walsh: “Sorry Jimmy Kimmel: your sad story doesn’t obligate me or anybody else to pay for somebody else’s health care.”

A host of prominent Republican conservatives jumped in to support Walsh and pummel Kimmel. North Carolina Rep. Robert Pittenger told reporters that people living in states that dropped coverage of pre-existing conditions under the House bill could move to another state. Alabama Rep. Mo Brooks fretted to CNN that people “who lead good lives, they’re healthy, they’ve done the things to keep their bodies healthy” are seeing their costs “skyrocket” because they’re forced to pay for others who’ve let themselves contract those pre-existing ailments.

Even Paul Ryan, the kinder, gentler Republican House speaker, jumped on the callousness bandwagon in a March press briefing discussing GOP health care efforts. It was “the fatal conceit of Obamacare,” he said, that is the reason “young and healthy people are going to go into the market and pay for the older, sicker people.” He was actually describing the theory undergirding all insurance, but he either didn’t know that or didn’t care.

The naked cruelty has been shocking, but it isn’t new. For years we’ve stood alone as the only industrialized nation that didn’t guarantee health care to all its citizens. For that matter, we still are, Obamacare notwithstanding. Obamacare didn’t provide health coverage for all; it reduced the number of uninsured Americans by about 45%. It used to be about 53 million. Today, it’s around 29 million, according to the Census Bureau.

Before Obamacare there were roughly 45,000 preventable deaths per year “associated with” lack of health insurance, this according to a respected 2009 Harvard study. That’s the number of preventable deaths that occurred partly or entirely because uninsured patients couldn’t afford needed medical care, or they delayed seeking help until it was too late.

Today, with the uninsured rate 45% lower thanks to Obamacare, we presumably have 45% fewer preventable deaths a year linked to lack of insurance. We now leave fewer than 25,000 of our fellow Americans to die unnecessarily each year from preventable medical ills. Our national tragedy is that these wasted lives are what pass for progress in America, and even that is in danger of reversal.

In ancient times, the sages of the Talmud taught that anyone “who saves a single soul of our people is deemed as if he had saved an entire world.” What would they say about America’s regard for her own people’s lives?