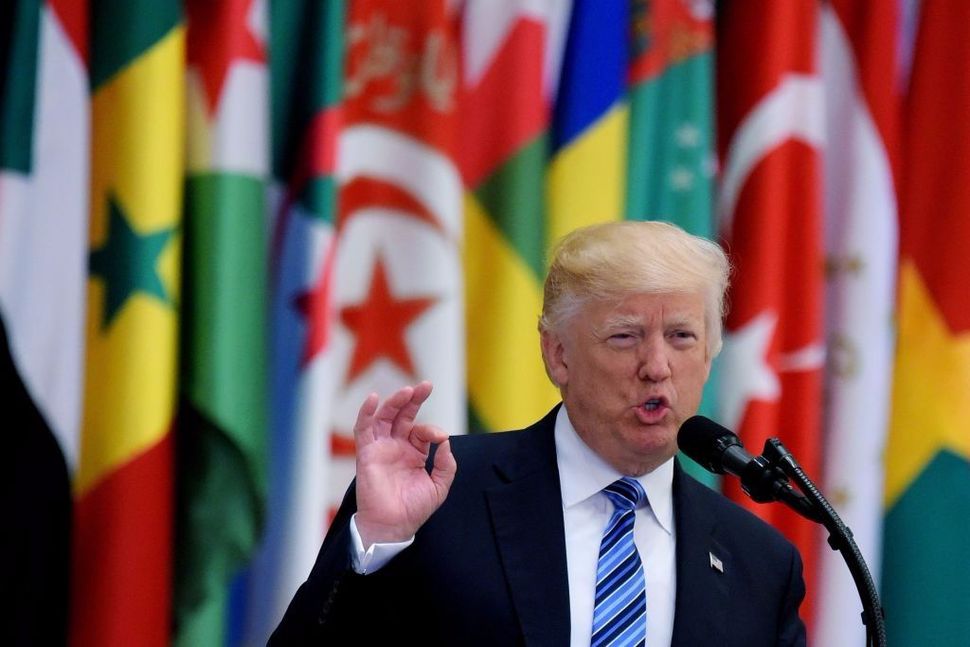 President Donald Trump’s attempt to bring peace and stability to the Middle East has backfired spectacularly. He has put a major U.S. ally, Qatar, in a serious geopolitical crisis and damaged the efforts of his own cabinet to calm regional tensions.

Trump’s recent trip to the region was intended to bring together likeminded Arab states plus Israel to hold the front line against Iran. However, what started off as an initiative to contain and push back Tehran has ended up dividing longstanding American allies. Soon after the U.S. president left the region, several Arab states led by Saudi Arabia, Egypt and the United Arab Emirates severed diplomatic ties with Qatar, a key enabler of regional U.S. military operations. One of the primary reasons for this sharp diplomatic rebuke was Qatar’s persistent refusal to buy into the narrative that Iran must be isolated from its neighbors.

Qatar has legitimate reasons for taking a more pragmatic approach with Iran. The source of Qatari wealth is a shared gas field with its larger Persian neighbor. The North Dome field (“South Pars” to the Iranians) is the largest gas reservoir in the world. None of Qatar’s Arab neighbors’ economic fortunes are so deeply tied to their relationships with Iran.

By not leaving diplomatic space for Iran and its Arab neighbors to manage their own differences, Trump has set the United States squarely alongside the House of Saud on a collision course with Iran’s Shi’ite regime. This is precisely what the Obama administration tried to avoid (although with little success) by concluding the nuclear deal with Tehran and trying to lighten Washington’s footprint in the Persian Gulf. It seems lost on Trump that other Arab states like Oman and Kuwait also have pragmatic working relationships with Tehran that could prove as useful to this administration as they did for President Obama, who was able to consult with the Sultan of Oman at the start of Washington’s nuclear negotiations with Iran.

Trump’s “new” approach is really a repackaging of an old idea: that isolating and chastising Iran will somehow produce peace and security for Washington’s partners and allies. And yet the Trump administration has promised to sell more military hardware to Saudi Arabia — a country that has exported the most intolerant form of Sunni Islam around the world. The state-sponsored hard-line Islamism promulgated from Riyadh has provided the ideological foundation for groups such as IS and al Qaeda.

The recent Islamic State attacks in Tehran have shown that Iran is also a target of the violence that has struck European cities like Paris, Manchester and London. But Trump seems to have little appetite for the nuances and subtleties that previous presidents often struggle with as they try and formulate policy out of often competing interests.

More sophisticated weaponry from Washington will not make Tehran cower. In fact, it will have the opposite effect by pushing Tehran to accelerate its ballistic missile program while spending only a fraction of what U.S. allies do on defense. It also presents Russia and China with an opportunity to further fuel a regional arms race by selling armaments to Tehran.

Furthermore, Iran’s power extends beyond its borders to Syria, Iraq and Lebanon. Tehran’s armed forces are tested and battle hardened. The Saudis, meanwhile, are still struggling to defeat Houthi rebels in Yemen after two years of steady airstrikes. It is no coincidence that four of the top five countries of origin for IS’s recruits are also Washington’s top Sunni-majority military partners in the Middle East. An issue that Trump seems oblivious to when crafting his order to ban travelers from six predominantly Muslim nations.

Trump’s wholesale embrace of the Saudi narrative will also have terrible consequences for U.S. operations in Shia-led Iraq. It is no secret that Iranian-backed militias are also on the ground fighting IS, nor that Tehran has great influence in Baghdad. Trump’s bellicose rhetoric could fracture this already-fragile coalition and further alienate Shi’ites in other parts of the Middle East.

The irony for Trump is that he needs Iran and its Arab neighbors to work together in finding holistic solutions for the sectarian wars that have enflamed the region. Washington can’t impose its will on Tehran without a military confrontation. Trump has promised to bring peace and security to Washington’s Arab partners and to put an end to the Arab/Israeli conflict. Antagonizing Iran and taking actions that emboldening regional countries to isolate one another is a recipe for further chaos – not practical solutions.