Jane Looking Forward: Opiate Addiction In Our Community — And More 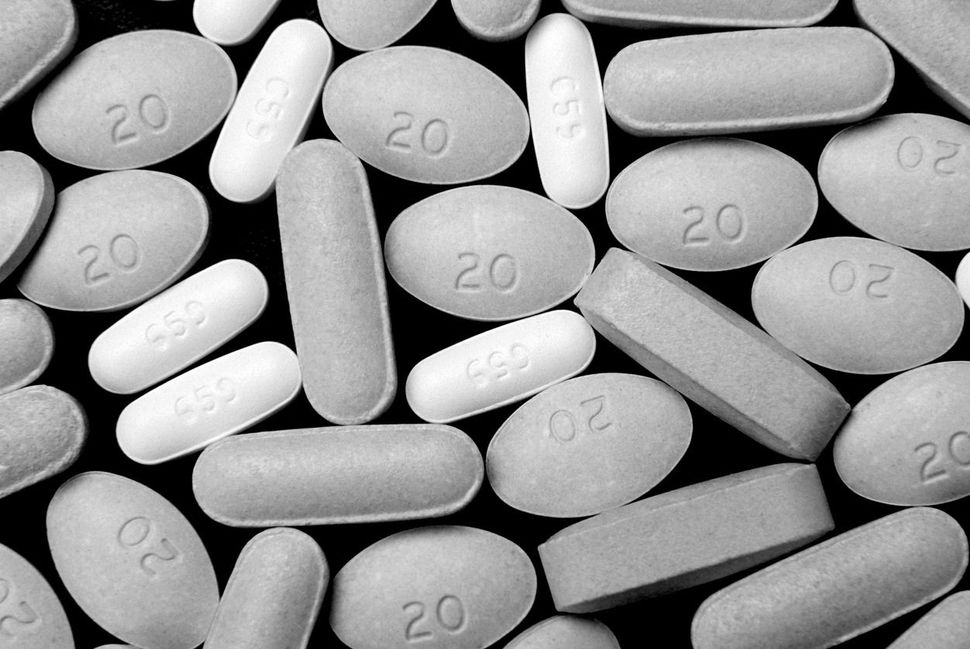 A few weeks ago, Bethany Mandel, a Forward columnist, called me to discuss a provocative idea for a column: The opioid epidemic that is sweeping like a plague across America was growing among Jews, too, especially the Orthodox. As an Orthodox Jew herself, Bethany was most familiar with the heart-breaking number of deaths caused by drug overdoses in her community, but I urged her to look beyond to get a sense of what is happening to American Jews more broadly.

She did. And the response has been overwhelming.

Her first column, arguing that it was time to admit the opioid crisis is also a Jewish one, offered a snapshot of communities burying their young, from Orthodox synagogues in Long Island to Reform synagogues in Ohio.

The following day, Bethany acknowledged why this crisis is so profound for her. When she was 19 years old and a sophomore in college, her own father committed suicide; the family found out afterwards that he was addicted to painkillers. “He had battled addiction my entire life,” she wrote, “and it almost certainly played a part in the decision to end his own life.”

So many readers wrote to her with their own stories of pain and, sometimes, redemption, that she shared some of these stories in another column. Bethany told me afterwards that she’s never experienced such an outpour. “People feel like this is going on and their voices are being totally ignored,” she said.

We are doing our best here not to ignore those voices. As another reader, Sharon Leder, wrote on Scribe, our contributor network, Bethany “deserves unending gratitude for blowing the whistle on Jewish denial of addiction in our midst.”

Bethany isn’t the only courageous woman speaking out about this epidemic. As my colleague Avital Chizhik-Goldschmidt reported, Ruchie Freier, the only Hasidic woman judge in Brooklyn, strongly rebuked the Orthodox school system for contributing to the epidemic by discriminating against students with special needs, some of whom suffer serious psychological harm, addiction and even death.

Silence only deepens the heartbreak. If you wish to share your stories, and your solutions, write to us.

To cuss or not to cuss.

Last week, in light of the profane rant by Anthony Scaramucci, the short-lived White House communications director, I expressed my own discomfort at the media’s complicity in the coarsening of political discourse and asked readers to respond. You sure did.

From David Keppel in Bloomington, Indiana came this thoughtful appraisal: “I think the real problem is that the degraded language and action around Trump are crowding out the more fundamental conversations we need to be having about an alternative.”

Many of those who wrote to me seem to agree with the sentiments expressed by Bob Shumaker from Boynton Beach, Florida: “It’s sad, to use one of Trump’s favorite words, that he and his henchmen seem unable to express themselves with out resorting to vulgarity. Quoting them directly does add to the coarseness of our public discourse, no less than their original utterances. It’s the job of free press to hold them accountable, but in doing so you needn’t crawl into the gutter with them. “

Several pointed out that Democratic politicians also indulge in profanity. “To be fair,” wrote David Forsted from Wynnewood, Pennsylvania, “I think you should mention the four letter profanities uttered by Sen. Gillibrand as well as by Tom Perez of the DNC. Both were just as out of place and disgraceful as those of Mr. Scaramucci.”

Fair enough. New York Senator Kirsten Gillibrand cursed several times in a June speech about democracy. And Perez is even being criticized by fellow Democrats for some of the foul language in his speeches.

Here’s what reader David Urman wrote: “If politicians say those things, it’s legitimate news, and we the American public need to know about it. If we don’t want to encounter that kind of language in our news reports, we need to replace those jerks with a better class of politician.”

Finally, Marilyn Goldberg wrote: “I don’t cuss. Ladies don’t cuss! Not necessary. I can use other words in my vocabulary to express my feelings.”

So should we all.

Keep writing to me with your thoughts.

This newsletter is coming to you from Aspen, Colorado, where I’ve been a guest speaker at an extraordinary pair of retreats on Jewish philanthropy hosted by the Harold Grinspoon Foundation. After my last talk tomorrow evening, I’ll be on vacation for another week. Jane Looking Forward will resume upon my return.

Jane Looking Forward: Opiate Addiction In Our Community — And More