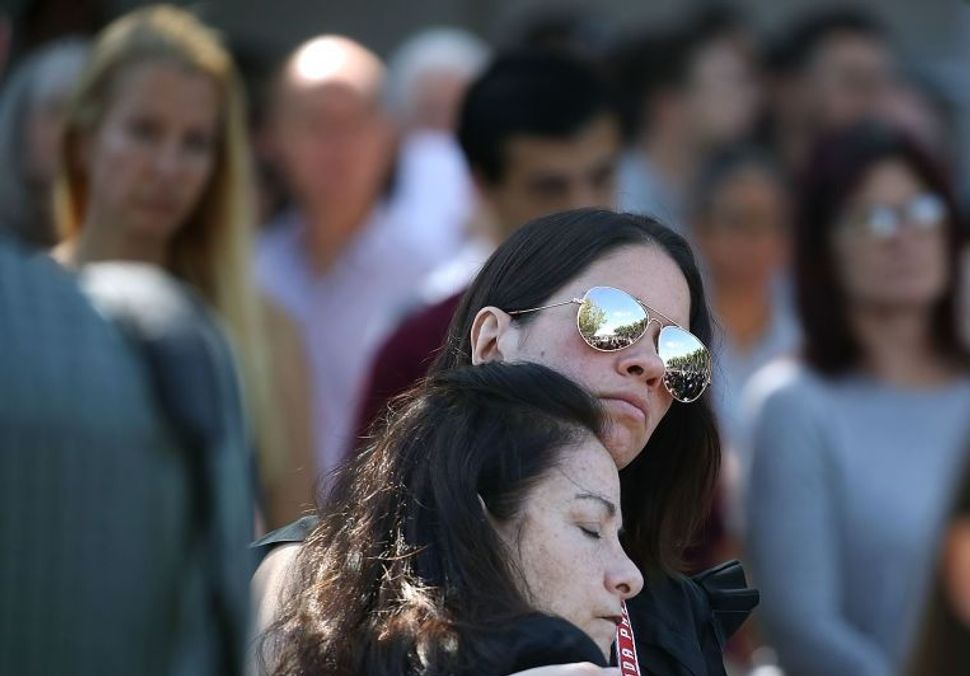 Just four months ago, Forward editor-in-chief Jane Eisner penned this plea for action against gun violence. Her words seem all the more prescient now that another deadly shooting has erupted — this time at a high school in the heart of south Florida’s Jewish community.

As is its custom, the National Rifle Association has gone silent since a gunman massacred 59 people and injured hundreds more in Las Vegas on Sunday. No tweets, no Facebook posts, no press releases, no interviews.

The gun rights lobby has a lot of practice with this public relations technique. After Orlando, and Newtown, and all the other recent mass shootings that are getting too numerous to list, the NRA lays low, waits for the bodies to be buried and the anguished cries to subside, and then goes about its business funding and strong-arming American lawmakers to ensure that we guard our guns much more vigilantly than we protect our children.

But just because the NRA is silent, we don’t have to be. Those lawmakers should be ashamed of themselves, and we need to make sure they feel that shame.

Two are Jewish: U.S. Rep. Lee Zeldin, tops the New York delegation, receiving $14,850, and the Long Island Republican has only been in Congress since 2015. His NRA approval rating is 93%. The NRA political victory fund gave him an A. And the New York Shooters Committee on Political Education saw fit to rate him at 100%.

The other is Rep. David Kustoff, also a Republican, of Tennessee, who received $2,000 in this, his first year in Congress. So far, the NRA gave him an 86% rating.

(Sen. Bernie Sanders, an erstwhile Democrat, did receive generous support from the NRA many years ago, but not recently. His NRA ratings have trended downward over the years, to 14% in 2012.) 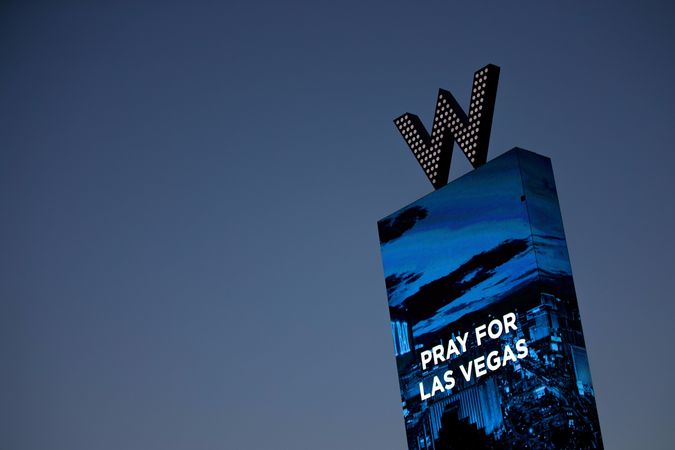 For a well-funded organization like the NRA, $4 million isn’t much. And it’s not. But those donations and those ratings are potent signals to its membership to bundle and bestow their own generous contributions. Plus, the lobby funds party committees on the national, state and local level, and has its own SuperPAC.

This powerful apparatus is the central reason that Congress continually defies the will of the electorate — Democratic and Republican — who favor sensible gun control laws. It’s the reason the government is not allowed to even consider the proliferation of guns as a public health epidemic. It’s the reason home-grown terror by white men with far too many guns is more lethal than the Muslim terrorism President Trump brandishes to stoke fear and cause distraction.

Don’t be distracted. My calls and emails to Zeldin’s and Kustoff’s congressional offices were not returned as of this writing. Contact them yourself. Let them know that they should be ashamed of accepting even a dime of this bloodied money.