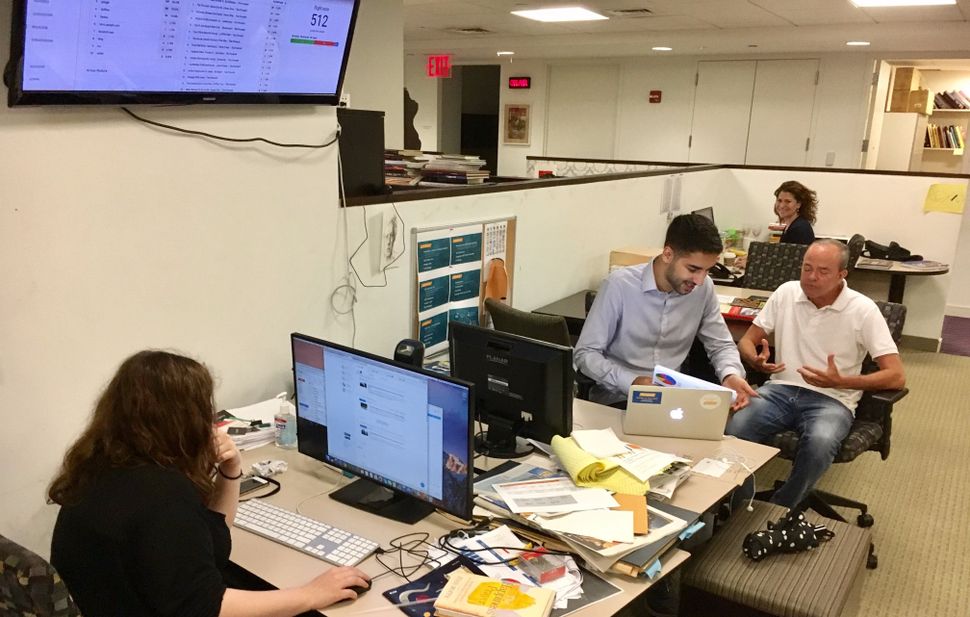 It’s rare for journalists to be the subject of a news story. We’re usually the ones asking the questions, framing the narrative, finding the edge, telling it our way.

So it was with excitement but some trepidation last night that I began to read the online version of a New York Times story about The Forward.

My trepidation turned to relief and then deep appreciation for the way Jaclyn Peiser so beautifully captured what we try to do every day and every month at The Forward: Tell the American Jewish story better than anyone else. And regrettably, that story has included a spike in anti-Semitism since last year’s presidential campaign and into the Trump administration that has given a new resolve to our journalism.

I was also grateful at the way readers immediately understood and responded. One of the first reactions I saw on Twitter came from Jonathan Greenblatt, national director of the Anti-Defamation League, which has taken the online harassment of Jewish journalists very seriously.

The truth is, while I am thrilled to have our work described in the Times, I wish it had been for a different reason. I wish we could also highlight our incisive reporting on Jewish communal and religious life, our terrific coverage of Jewish culture, food and fashion, and our sharp opinion pages.

I take greater pride in the Times’ highlighting of our coverage of topics as diverse as transgender rabbis, interfaith life, The Who, as well as our groundbreaking reporting on Sebastian Gorka, the ‘alt-right’ (and the Jews who embrace that movement).

But I meant what I said to the Times — “There’s something different happening now” — and it’s our job to tell that story, too.