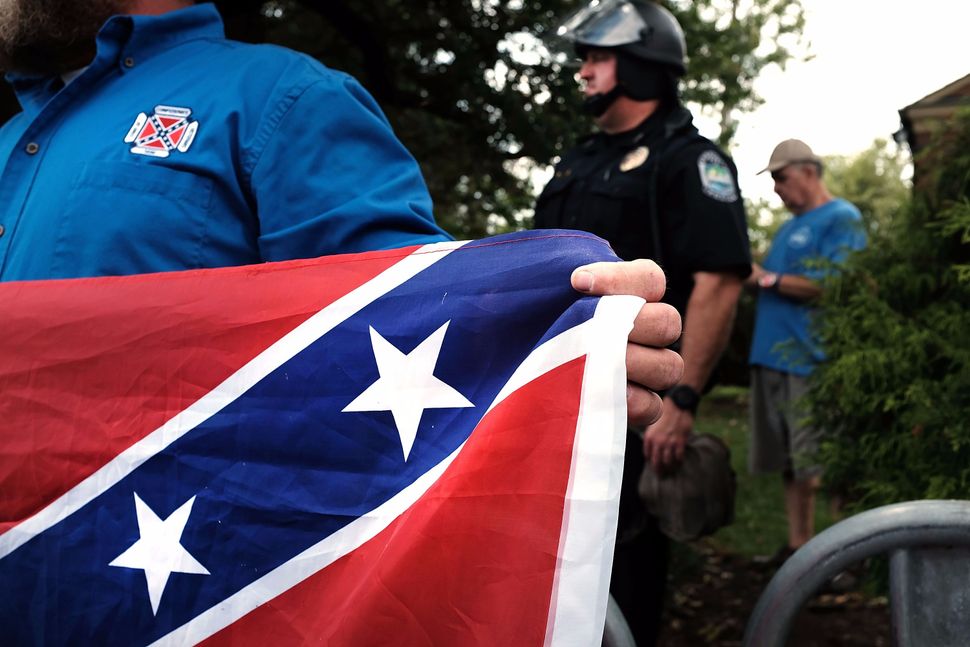 On November 25, the New York Times published an incredible piece of journalism, a profile of a Nazi sympathizer in mainstream rural America. The piece, A Voice of Hate in America’s Heartland, describes how a Midwestern guy-next-door came to develop pro-Nazi and white nationalist sympathies. What was shocking was not that Tony Hovater held the beliefs that he held, but rather, that he arrived at them in a steady and unremarkable way.

The backlash to the piece was swift, and comments on the article have since been turned off and hidden by the Times. Jonathan Greenblatt, CEO of the Anti-Defamation League (ADL), took to Twitter and called the piece a victory for Nazis:

It’s critical for the press, when covering professional hatemongers, to avoid treating the abnormal as normal or to humanize the inhumane. By that basic measure, I’d score this @NYTimes piece: #Nazis– 1, @Public– 0. https://t.co/ydUIv9b7G6

The author of the piece, Richard Fausset, was accused of going too lightly on his subject. In his response to this claim, Fausset wrote that in the course of reporting out the story, he discovered that his subject’s “worldview was largely formed by the same recombinant stuff that influences our mainstream politics.” Fausset’s role wasn’t to editorialize about how bad Hovater’s beliefs were and are, but to show that seemingly normal individuals are capable of holding repugnant beliefs.

In order to stop today’s Nazis and forces like the ‘alt-right,’ we must first attempt to understand the motivations of its members. This attempt at understanding in no way makes one sympathetic to their views, and yet, this is a nuance that is lost on many, particularly those on the Left.

In an attempt to fight the ‘alt-right,’ many on the Left have lost all perspective on what a Nazi actually is — and they do not particularly want to hear about who these Nazis are and how they’ve come to their deeply held beliefs.

During the 2016 Republican presidential primaries, I was a vocal conservative opponent of then-candidate Donald Trump, and as a result, I became a prime target of ‘alt-right’ Twitterverse. The ADL created a list of the most targeted Jewish journalists on Twitter, and I found myself rounding out the list at number #10. I was so frightened by the vitriol of these attacks that I bought a gun. So it is great irony that I now spend my days being called a Nazi.

Earlier this year, I wrote in the Forward that “We Need to Start Befriending Neo-Nazis.” Nazis are, we can all agree, bad. But you catch more flies with honey than vinegar, and by listening to them, and offering a vision of a life filled with love instead of hate, we have a greater chance of convincing them to change their hateful beliefs. In the piece, I admit that this view might be painfully naive, and more than most people are capable of (myself included), but I offered three real-life examples of some extraordinary, inspiring individuals who have been able to convince members of the KKK, other neo-Nazi groups and the Westboro Baptist Church to denounce their views. Befriending Neo-Nazis may sound crazy, but sometimes, it works.

In response to this piece, my mentions column on Twitter exploded more than it ever had during the Republican primaries. Twitter users, sometimes famous ones with millions of followers, posted screenshots of my piece — of just the headline — in an attempt to depict me as a Nazi-sympathizer. Some then attempted to use the piece and totally unrelated conservative views of mine as an opportunity to impugn my character.

Since the election of President Donald Trump, liberals are learning just how little they understand about millions of their fellow Americans. A typical response has been to assign all Trump supporters, and even those Trump-adjacent conservatives who remain on the Right, to the ‘alt-right’. Over the weekend Tariq Nasheed tweeted about a conservative conference, calling it a “White Supremapalooza event.” Speakers at the event include mainstream voices in the conservative movement like Guy Benson, Dennis Prager, Greg Gutfeld, Governor Scott Walker and Ben Shapiro, to name a few. While there are a few questionable panelists, I would not classify any of them as white supremacists (even Sebastian Gorka, who has been the subject of a great deal of reporting here at the Forward).

The Times also faced backlash over its November 23 profile on conservative superstar Ben Shapiro. The Times was accused of normalizing Shapiro’s views, which are totally mainstream on the Right. Shapiro, an Orthodox Jew from Los Angeles with one of the biggest podcasts in America, also spends a great deal of time being called a Nazi. Like me, Shapiro was on the ADL’s list of most-targeted Jewish journalists, and was easily the number one target of the alt-right’s ire last year, receiving 38 percent of all anti-Semitic tweets aimed at journalists in 2016, as the Times reported. As Shapiro told me, he’s “Not sure which I get more often: leftists calling me a Nazi or Nazis calling me a cuck Jew.”

For all of the Left’s concerns about white supremacy, deeming every conservative a member of the ‘alt-right’ does more to normalize the movement than bona-fide neo-Nazis ever have. If everyone is a Nazi, then nobody is.