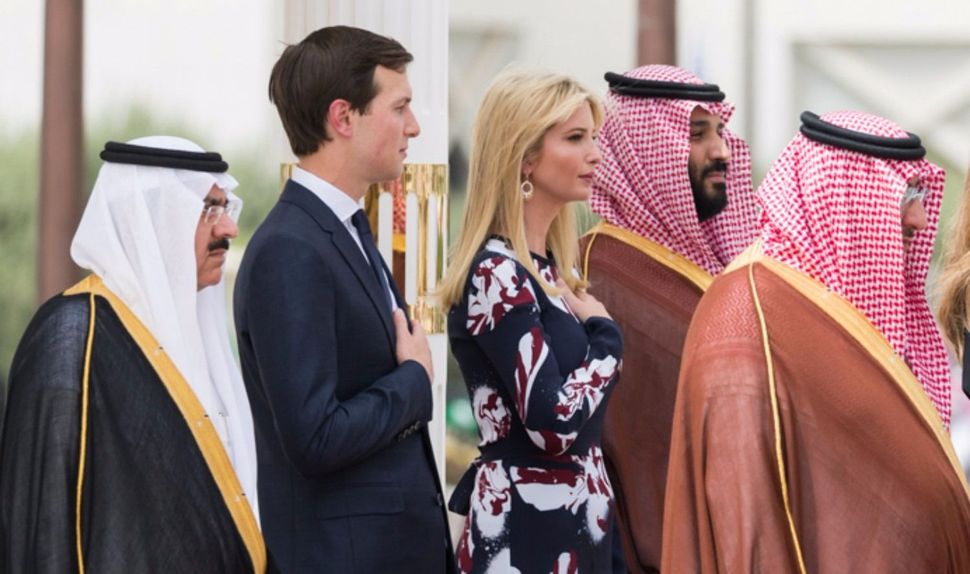 Nobody outside the tight-lipped circle of principals knows what’s in the Trump administration’s planned Israeli-Palestinian “deal of the century.” But there are hints and rumors, and a coherent picture seems to be emerging. And based on what’s emerging, it looks like it’s going to be a letdown.

The plan is being drafted primarily by presidential adviser and son-in-law Jared Kushner and special negotiator Jason Greenblatt, after extensive discussions with Israeli, Palestinian, Egyptian and Saudi leaders. While still evolving, it reportedly will call for a sharp scaling back of Palestinian demands, leading to a sovereign Palestinian state with interim borders, essentially ruling the territory currently under Palestinian Authority control, less than half the West Bank. Israel would keep troops on the Jordan River. Israel and the Palestinians are supposed to undertake confidence-building measures in the meantime, including Palestinians dialing back anti-Israel incitement and Israel easing conditions on the West Bank.

The plan’s end-point is an as-yet undefined border that would not necessarily be based on the pre-1967 borders demanded by Palestinian and other Arab leaders. Jerusalem and Palestinian refugees are left to later negotiating. No Israeli settlements are to be dismantled, at least in the initial stages.

Those contours have been described separately in similar but unrelated reports from Israeli and Arab news sources. One, sourced to unnamed Israeli officials, appeared November 18 on Israel’s Hadashot 2, formerly Channel 2 Television. The other appeared, according to a September 24 Maariv report, in the London-based Arabic-language Al-Arabi Al-Jadid, citing unnamed diplomatic sources in Cairo.

Several separate reports in recent months point to a plan for Israeli-Palestinian negotiations to open with a ceremonial launch in Washington in March 2018. Participants would include representatives of the international community as well as several Arab states that don’t currently recognize Israel, notably Saudi Arabia and the United Arab Emirates. The launch would be followed by multi-track negotiations, with Israeli-Palestinian talks held alongside separate regional talks involving Israel and the participating Arab states.

The multi-track plan would represent a significant concession by the Saudis. Up to now they have stuck to the 2002 Arab Peace Initiative, which offers Israel ties with its Arab neighbors only after an Israeli-Palestinian accord creates a Palestinian state along the pre-1967 borders with a capital in East Jerusalem.

The plan is reported to have the backing of Egypt’s President Abdel Fattah a-Sisi and Saudi Crown Prince Mohammed bin Salman. Kushner has met with the crown prince three times in recent months, including a lengthy, overnight meeting October 27. Since becoming crown prince in May, Mohammed has sent shock waves worldwide with his unprecedented departures from traditional Saudi governance.

In an indirect but clear hint at Riyadh’s departure from its own Arab initiative, Saudi foreign minister Adel el-Jubeir told Egyptian television on November 21, responding to a question about possible Saudi flexibility, that the “Arab terms are clear: two states, one of which is Palestinian with east Jerusalem as its capital. As for other matters, they can be agreed upon between the Israelis and Palestinians.”

Should a Saudi shift in Israel’s direction become explicit in a U.S. plan, it would effectively cancel one of the Arab initiative’s most important promises, recognition of Israel and declarations of an end to the conflict from all 22 Arab states and 56 of 57 Muslim nations (excluding Iran). A 2016 survey found that the offer of peace with the Arab states would lift Israeli approval of a peace deal with all its painful concessions, including sharing Jerusalem and dismantling settlements, from 46% to 60%.

That prospect may be moot anyway, given the chaos in Syria, Libya and Yemen. Still, it’s not clear whether the impulsive crown prince has considered, or discussed with other Saudi leaders, the likely impact on Saudi relations with the Arab and Muslim world.

In any case, there’s no indication of Palestinian agreement. Kushner and Greenblatt met in late August with Palestinian Authority president Mahmoud Abbas and asked him to avoid disrupting the process with provocative statements or international anti-Israel initiatives while they sort out their plans. Following that meeting Abbas’s chief international affairs adviser, Nabil Shaath, told Palestinian radio that any negotiations must address Palestinian statehood along the 1967 borders with East Jerusalem as its capital and an agreement on the refugees.

A month later, in a September 23 address to the U.N. General Assembly, Abbas urged the International Criminal Court to take up alleged Israeli war crimes.

Israel hasn’t endorsed the project either. Netanyahu is said to be pleased with the Kushner-Greenblatt team’s work, but pro-settler elements in his coalition are furiously opposed to any Palestinian sovereignty in the West Bank. Defense Minister Avigdor Liberman, who supports the initiative, has been blocked by the cabinet from undertaking any of the expected confidence-building measures.

On November 6, shortly after Kushner’s all-night talk with the Saudi crown prince, Abbas was summoned to Riyadh for a meeting at which the prince reportedly told him to either accept the American initiative or resign.

Since then, however, U.S.-Palestinian relations have undergone a sudden, sharp deterioration — apparently resulting not from any confrontational steps by either Palestinian or American negotiators, but from the chaos and lack of coordination that characterizes the Trump administration so far.

On November 16, the State Department informed the Palestine Liberation Organization — which runs the Palestinian Authority and conducts its international negotiations — that its Washington representative office was to be shut down for violating its operating terms. The stated reason was Abbas’s September U.N. call for international court action. The agreement opening the office forbids Palestinians initiating international measures against Israel. Palestinians claim Abbas’s appeal was not a formal court filing but simply a line in a speech.

Palestinians reacted furiously to the threatened office closing, announcing a cutoff of contacts with the administration. On November 23 it was reported that Abbas had refused to take a call from Kushner.

Then, on November 28, Vice President Mike Pence told a gathering in New York, convened to celebrate the 70th anniversary of the U.N. partition vote, that Trump was actively considering when and how to move the U.S. embassy to Jerusalem. Washington is now rife with rumors that the embassy move will be announced within days.

Such an action could end the Trump peace initiative before it begins. No country has an embassy in Jerusalem — though a few small ones did in the 1970s and 1980s — and Palestinians insist that the status of the holy city must be a matter of negotiation. Jordan’s King Abdullah II warned congressional leaders November 29 that moving the embassy now would threaten peace prospects.

But things in Washington take on their own momentum, especially in the Trump era. Trump is required by law to decide in early December on two separate office questions: reauthorizing the PLO office and moving the Israel embassy. It be ironic that the famed real estate mogul’s world-shaking “deal of the century” will hang on two minor office properties. But that has been the core of the Israeli-Palestinian conflict for generations: location, location, location.