For Palestinians, Jerusalem Will Never Only Be The Capital Of Israel 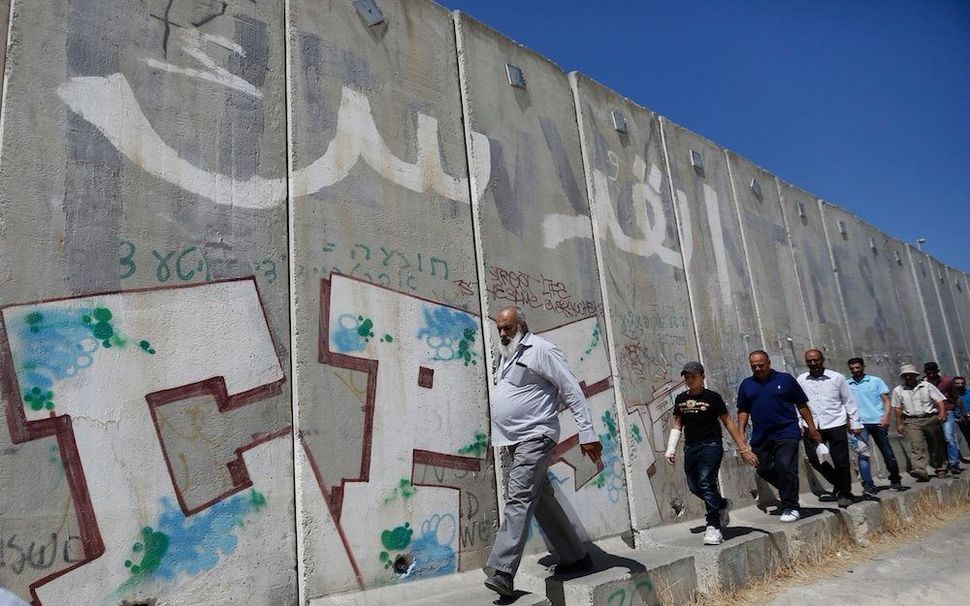 He was sitting hunched over his heavily used black laptop, scanning through the unedited sentences of his unpublished novel. My family was gathered around the only source of heat in the room, unaware of his daunting stream of thoughts, when we heard him start to cry quietly.

At first we thought he was laughing at something we said. My sister leaned over and saw him wipe a tear away. His eyes were red and his lips pressed in a way that revealed the sorrow he carried within his heart. Alarmed, my sister asked him if he was alright.

My dad, who is 59, explained that he was editing the chapter in his novel that describes the magic and warmth of the city that gave birth to his best childhood memories: Al Quds, also known as Jerusalem. My father was born in the suburbs of Jerusalem, where he memorized each alley and stone.

“I grew up in the streets of Jerusalem,” he explained to us. “As a child, Al Quds was my playground. For me, this city meant the best food and the best toys. It meant family picnics, new clothes for Eid, the beginning of the school year and the place where my mother bought us our scouts uniform.”

Now, he is allowed access to the city only on Fridays, and only because he is over 50.

Sitting and writing about the city where he was born, my father had started to cry at the memories, in light of what Trump’s pronouncement would mean for us Palestinians.

My father and mother are not the only people who felt the harsh stab in the heart watching Trump so casually utter those words: “Jerusalem is the capital of Israel.” Millions around the world, including those who have a connection to Jerusalem and those who do not, Palestinians, Arabs and internationals, Muslims, Christians and even Israeli Jews listening to that speech know that such a step will only bring sadness upon the people of this holy land.

Palestinians in particular were outraged, to say the least. As I write these words, young Palestinians are protesting the insensitive decision at every Israeli military checkpoint in the West Bank. Youth in the Gaza Strip are protesting at the borders with Israel to express anger.

For days now, the smell of teargas and burnt rubber, mixed with the sound of sirens and sudden distant gunshots, has filled the air here in Ramallah. The lights of Christmas trees set up in major cities were turned off as a show of rejection and mourning. Christian and Muslims religious figures took to the streets in joint marches. Palestinians observed days of rage and youth lost their lives. With that one short speech, our existence, future and aspirations became unpredictable. And when uncertainty rules, fear and hate prevail.

Walking in the streets of Ramallah and talking to people, the mood is heavy. Putting the rage aside, Palestinians were sad, not because they think Trump’s decision will automatically erase their historical and emotional connection to Jerusalem, but because of the gravity of injustice exercised by one man, and behind it one country.

“Capitals are not a subject of taking and granting,” Fatima Khaled, a fresh English Literature graduate from Birzeit University, explained to me. “Granting something you do not own is actually senseless.”

Fatima and thousands of others in the West Bank, the Gaza Strip and the Diaspora are technically banned from entering Jerusalem on any given day. But she is feeling particularly marginalized after the announcement because Trump had the audacity to claim that Palestinians’ most important religious and patriotic symbol is not theirs, which in turn means that their entity and identity has been hijacked as well.

It’s personal. But it’s also larger than that. Palestinian Christians and Muslims alike are worried about the future of their holy sites in the city. All are wondering what would happen to the Al Aqsa Mosque and the Church of the Holy Sepulcher if Israel takes Trump at his word and closes its grip on the city.

Reem Qadan, a lecturer at An-Najah University in Nablus, explained that Jerusalem is a sacred place in all three religions, and this decision will only create a rift between Judaism, Christianity and Islam.

“Billions of followers of those religions across the globe understand the implications of this political move as a threat to freedom of religion in the holy city,” she said.

And their fear might well be justified, given Palestinians’ past experiences with Israel when it comes to what is holy. In Hebron, Al Ibrahimi Mosque was divided between Muslims and Jews after an Israeli settler gunned down 29 Palestinians during dawn prayer in Ramadan. Now, Israel controls Palestinians’ daily access to the mosque, making every prayer a chance to humiliate Palestinians, whether by body searching, banning the prayer call or protecting the settlers while the latter provoke Palestinian families.

According to research conducted by the Palestinian center for Policy and Survey Research, more than 90% of Palestinians view the US recognition of Jerusalem as the capital of Israel as a threat to Palestinian interests. The results of the poll, published December 12, shows that “The overwhelming majority does not trust Trump’s peace intentions and 72% believe that the Trump administration will not submit any ideas or plans for Palestinian-Israeli peace.”

So what has the move accomplished other than make things worse?

That’s how Mais Omari, a Palestinian from Jerusalem, feels. “This statement is basically giving Israel full control of Jerusalem’s fate, both its location and people,” said Omari. “Violence will be on the rise and it will be impossible for Palestinians to move about, due to attacks from settlers. Trump has given the green light for more military operations on Palestinians, displacement at a much larger scale, and of course the ‘justified’ right to ban Muslims and Christians from praying at the holy sites.”

Being a Palestinian from Jerusalem herself, Omari worries that an official recognition of Jerusalem as the capital of Israel would ultimately lead to stripping all non-Jews of the National Identification, which means they may be eventually deported.

But it’s not only Palestinians who will be affected by such move. “Palestinians agreed to divide Jerusalem because we wanted peace for all, but if Israelis chose to support Trump and refused this division, they will lose it all,” my father told me.

And he’s not alone in thinking that the Israelis will end up paying a hefty price for embracing Trump and his pronouncement.

“Israel chose to align itself with the Trump mutation,” Haitham Kayali, a businessman from Jerusalem told me. “Not only that, but it isolated itself and bet on the mutation against the rest of the world.”

Kayali also sees in the embrace of Trump’s pronouncement a win for fundamentalism. “Any radical movement that is tied with religion can be very dangerous, since there is no limit to how much violence is exhorted on the people that act contrary to God’s will and now, we have Radical Judaism,” he said. “What can be more radical than ignoring all international laws and norms, and holding the Israeli-Palestinian conflict to: ‘God gave us Jerusalem 3,000 years ago’?”

Ironically, some I spoke to felt relief at the pronouncement. At least now, the supposed broker for peace is revealing its true position on the conflict.

“Trump did us a big favor by his stupidity,” Samir Rammal, a lecturer at Birzeit University, said. “The Palestinian cause has become once again the main issue that occupies the world media.”

Indeed, while many feel disappointed and marginalized, people like my father can sleep at night because of the size of the solidarity, which has been massive. From the European Union to Muslim and Arab countries, all continue to reassure Palestinians that Jerusalem is a city for all and that the United States is not qualified to dictate whom this city belongs to.

If only Trump walked the streets of Jerusalem and looked at the faces of its people and the carvings on its stones, and read the love songs, in all languages, that people wrote for it, he might have been able to understand why Jerusalem will never be only Israel’s capital.

Anyone who cares about Jerusalem must realize that history cannot be erased and peace shall never prevail with intimidation and ignorance.

Malak Hasan is a Palestinian journalist and secretary general of the Palestinian Boxing Federation.

For Palestinians, Jerusalem Will Never Only Be The Capital Of Israel