After #MeToo, A Message To My Rapists 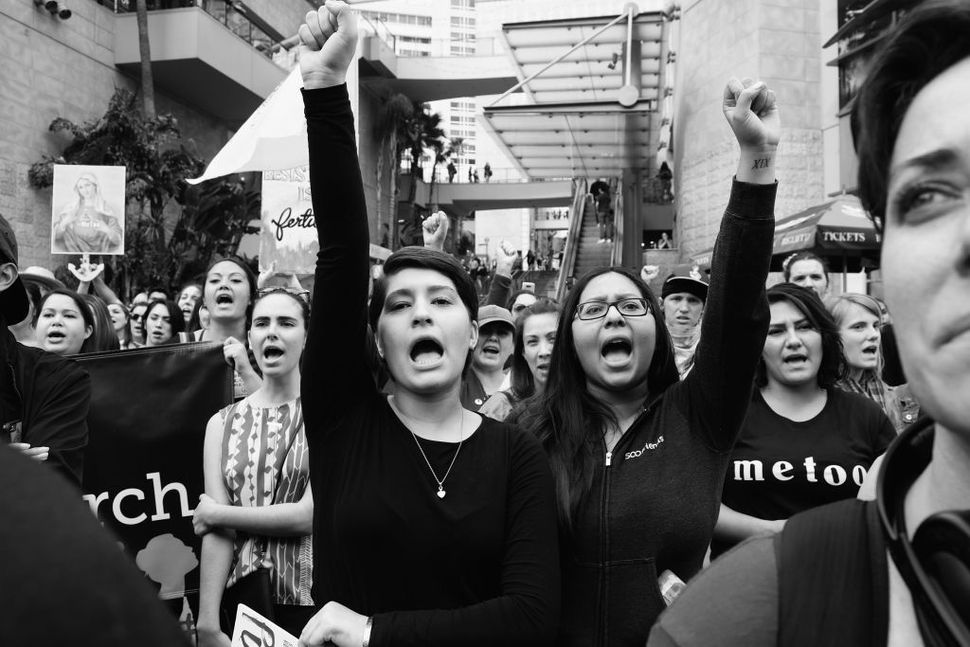 I, my friends, and women all over the country have experienced the #MeToo movement as something like a miracle and the women who have risen within it as beings akin to superheroes.

As a teenager, I was raped by a boyfriend and then by a best friend. After writing a memoir about some of these experiences and speaking around the country about sexual assault, I came to believe that men would never be held accountable for our national plague of sexual harassment and assault. Over the past few months, as the #MeToo movement began to swell and powerful men began to topple like dominos, I returned again and again to the lines of the poet Muriel Rukeyser: “What would happen if one woman told the truth about her life? The world would split open.”

But now we have entered murkier waters. Senator Al Franken has apologized to one of his accusers and yielded to pressure to resign while the President, himself an admitted and unrepentant sexual assaulter, supported an alleged pedophile’s run for a seat in Congress. Men and women are beginning to ask themselves: How far does this go? What are the rules? How do we apply them in political and professional settings and in our daily lives? When a man admits to having harassed or assaulted someone, what happens next? We are now living in Rukeyser’s split-open world. What do we do with the pieces?

The criminal justice system has long failed to provide women a safe, supportive avenue to win redress for their complaints. The #MeToo movement has led to the development of a new tool of justice: firing the accused and barring them from public or professional office. But this is a blunt tool. It makes no rigorous distinctions between degrees of wrongdoing or degrees of accountability displayed by the accused. I prefer it to our previous methods of dealing with assault and harassment — mob justice can sometimes be better than no justice at all.

But I want more. I want a meaningful process of atonement and restoration for men who harass and assault.

I don’t know what such a process would consist of. But I do believe that we — politicians, feminist leaders, rabbis, imams, priests, celebrities, influencers and everyday women — need to start talking about how to build it. Without one, we end up framing men accused of assault or harassment as irredeemable monsters. The monster/victim paradigm condemns monsters to keep acting monstrously. Worse, it alienates other men, who don’t think of themselves as monsters, from identifying their own actions as monstrous when they are.

Until we offer men a constructive way forward after taking responsibility, every new headline announcing the downfall of another man accused of assault or harassment will cause a hundred other men who have assaulted and harassed to either shrink into the shadows or, as Roy Moore just did, to pull out all the stops in trying to silence their accusers.

America’s governing judicial philosophy is largely retributive, but the rising alternative paradigm of restorative justice, which focuses on acknowledging and redressing the harm done to victims, may be a particularly fertile place for the #MeToo movement to look for answers.

As a single drop in the #MeToo ocean, I can only offer what would have meaning for me. It would heal both my body and my spirit if my rapists would:

We are living through a thrilling, disturbing, and long-overdue moment of moral reckoning. I am grateful for every woman who raises her voice to say #MeToo. I hope we can work together to build a lasting foundation for making women safer in the future so that we can start to say: #JusticeToo.

Leah Vincent is the author of “Cut Me Loose: Sin and Salvation After My Ultra-Orthodox Girlhood” and the co-author of “Legends of the Talmud: A Collection of Ancient Magical Jewish Tales.”

After #MeToo, A Message To My Rapists