Israel Is Right To Boycott Its Boycotters 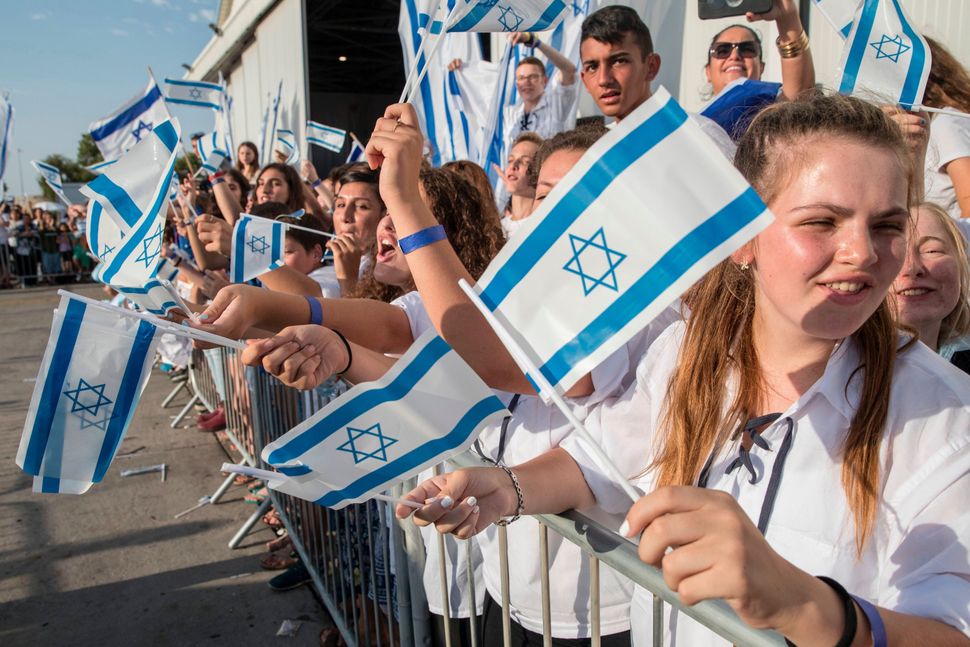 This weekend Israel published a list of 20 mainly European and U.S.-based pro-BDS (boycott, divestment, and sanctions) organizations whose senior members will be automatically barred from entering the country. The list is a follow up to Israel’s decision last March to amend its 1952 Entry Into Israel Law so that foreign nationals who support a boycott would be prevented from abusing tourist visas.

Despite the outcry from liberal circles, the amended law, and now the list of BDS organizations to be barred from Israel, are long overdue correctives to an absurd situation in which Israel welcomes those who work to undermine the country 24/7, and who actively incite hatred and discrimination against the state.

In recent years, key BDS activists entered Israel for the sole motive of engaging in a wide range of anti-Israel political activities such as harassing and obstructing IDF and security personnel at West Bank protests and collecting footage to be used to delegitimize the Jewish State once they got back home. For years these high-profile activists were basically taking advantage of Israel’s democratic institutions like freedom of the press in order to work against it. It makes sense if you think about it. People calling for a boycott of Israel aren’t there to enjoy the country but to find evidence of its alleged wrongdoing. In other words, prior to the ban, you had people visiting Israel whose only goal in so doing was to demonize the only country in the Middle East that actually grants all its citizens the kinds of civil liberties and human rights that others in the region can only dream about.

The new targeting of active BDS proponents entering Israel is a means of rectifying the harm that this was causing.

Nevertheless, the amended entry law has already drawn considerable outrage from U.S.-based anti-Israel activists, first when five “famous and significant” radical BDS-promoters were barred from flying from the U.S to Israel this summer. Now that Israel has specified exactly which radical anti-Israel groups will be affected by the ban, the fury is reaching apoplectic proportions.

Media outlets and social media sites are being inundated with statements, op-eds and press releases opposing the ban, some even claiming that the move shows the effectiveness of BDS, and will rebound to the benefit of the banned groups by leading to increased interest and membership.

Much of this response is silly. Overwhelming evidence suggests that BDS is actually contracting, not growing. Two dozen U.S. states have now passed anti-BDS laws, recognizing that its platform is merely a continuation of the discriminatory Arab League boycott of Israel. According to a recent study of a number of American campuses, the vast majority of students reject academic boycotts of Israel, and not a single university has implemented a divestment policy.

Indeed, now ranked among the top 25 richest countries on the planet, Israel continues to forge new economic partnerships and diplomatic ties with countries and companies across the globe, despite the persistent calls for boycott and sanctions.

Furthermore, even as BDS activists put unrelenting pressure on players and performers to refuse to play in Israel, most have refused to be bullied and aren’t staying away.

There’s a radical irony to the outcry against Israel’s new BDS ban, given that the people who are now finding themselves shut out of Israel are the very same people who insist that no one else should go there, study there, or play their music there.

But the travel ban has also been heavily criticized by those in the pro-Israel camp who oppose BDS yet believe that blacklisting organizations is a “really dumb idea”, as the Forward’s Jane Eisner put it. This criticism is more surprising, but largely overblown.

The central argument is that there are better ways to combat BDS, ways that don’t create public relations disasters or provide more fuel and ammunition to Israel’s enemies by turning them into “free-speech martyrs” and giving the appearance that the government is trying to stifle political debate.

While not without merit, this argument actually has things back to front. The new blacklist doesn’t have any fundamental problem in relation to freedom of expression because no country — including Israel — is obligated to issue visas to foreigners on the grounds that failing to do so censors their political opinions. And it’s BDS activists themselves who routinely bully and intimidate people into silence, by incessantly trying to shut down Israeli speakers and ostracizing Jews from progressive causes — from Black Lives Matter to women’s and LGBTQ rights — simply because they connect and identify with Israel.

The reality is that Israel is hardly unique in refusing to grant entry visas to foreign nationals who are considered high-threat security risks, like those with sympathies for, and suspected links to, terrorist groups or those who have voiced radical sentiments.

All six of the U.S.-based blacklisted NGOs fit the bill. Their senior leaders routinely express solidarity for and embrace those who want to kill Israelis.

All of them cynically reject Israel’s counter-terror measures—like the security fence, which was erected to staunch the bloody violence of the second intifada. Their key activists have horrible habits of trafficking in anti-Semitic tropes about Jewish power, monied interests, dual loyalties, and secretive and villainous Zionist cabals. They each also promote a Palestinian “right” of return, which misinterprets international law and would certainly put an end to Israel as the sovereign nation state of the Jewish people.

Consider, for example, that the prominent leaders from three out of the six U.S.-based members on Israel’s BDS blacklist —Students for Justice in Palestine, Jewish Voice for Peace, and Code Pink — participated in an anti-Israel protest this past Friday evening during rush hour at Grand Central Station where they led chants for another intifada and encouraged “the people of Palestine” to “wipe out the Zionist entity from all the world maps.” The demonstration was ostensibly to oppose the incarceration of the now famous Palestinian teen Ahed Tamimi — who herself called for Jews to be stabbed and for Palestinians to be martyred in attacks. But the rally’s quick descent from criticism of Israeli policy and the occupation into advocacy for violence is par for the course for these now six banned U.S.-based NGOs.

Those who don’t support the BDS movement have also criticized Israel’s BDS blacklist by pointing to the fact that a former Nobel-prize winning American Quaker group—the American Friends and Services Committee (AFSC)—appears on the list, viewing it as an indication of a dangerous right-wing trend in Israeli politics, in which even legitimate political opposition is being suppressed. This criticism is also unpersuasive. Unlike the AFSC, which has basically betrayed its own founding principles, anti-occupation left-of-center Israelis don’t compare their country to Nazi Germany, nor do they align themselves with violent Islamist movements or demand that the counterterror measures that Israel has instituted to protect them be dismantled.

Indeed, the greatest advantage of the government’s new list of pro-BDS organizations isn’t just that it makes more transparent the banning of anti-Israel activists who meet the criteria, and less contingent on the discretion of the Minister of Interior — as had been the case up until the Knesset passed the amended entry law. Its greatest strength is that it can potentially help people to better distinguish between anti-occupation leftist groups that legitimately critique Israel from those who claim to be merely against Israeli policies but that, in fact, take aim at Israel’s very existence and blatantly cross the line into anti-Jewish animus.

Public Security Minister Gilad Erdan who heads Israel’s Strategic Affairs Ministry, was right to have included the six U.S. groups on its 20-organization blacklist. All are good choices to begin with in terms of compiling the list because they frequently work together and are among the most active in trying to isolate and demonize Israel, whitewash Palestinian terrorism, and create a hostile atmosphere for Jewish students on American college campuses.

To be sure, there are dozens of other U.S. BDS groups that vilify Israel and consistently and openly work to delegitimize the Jewish state and harm its people. They could have also been on the list.

But you have to start somewhere.

Miriam F. Elman is an associate professor of political science and the Robert D. McClure Professor of Teaching Excellence at the Maxwell School of Citizenship & Public Affairs, Syracuse University.

Israel Is Right To Boycott Its Boycotters