Is Hating Poles The New Bigotry Of the Day? 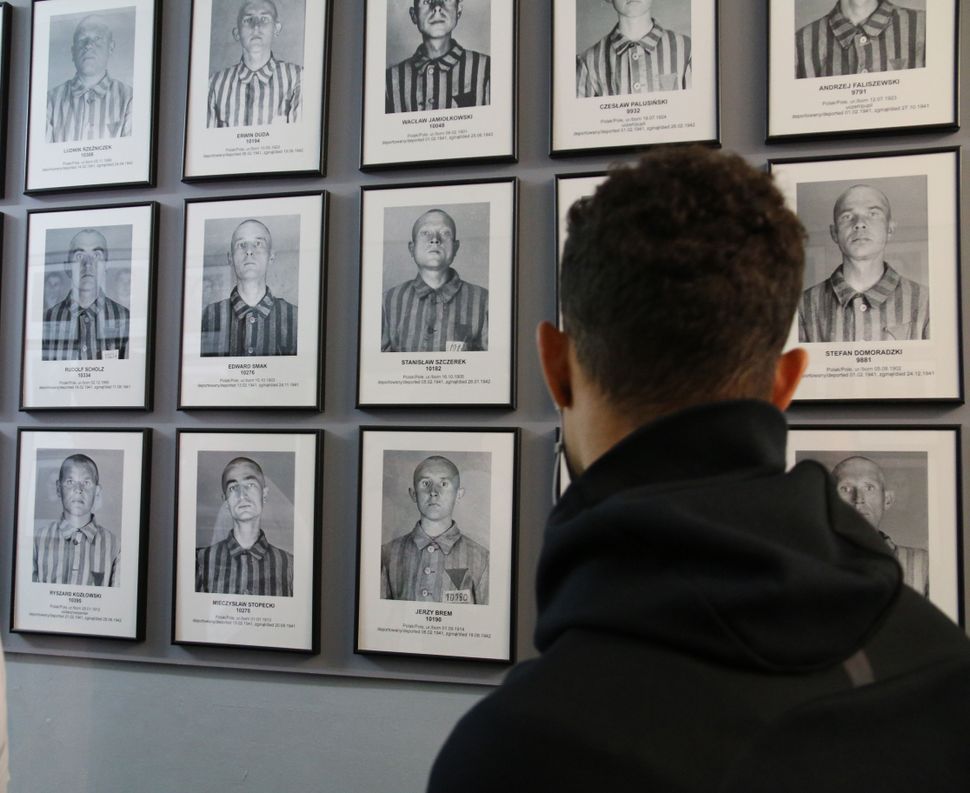 Tensions between Jews and Poles are at an all time high over a new Polish law that would would make it illegal — and punishable by up to three years in prison — to say that the Polish government or nation took part in the Holocaust.

Diaspora Jews and Israelis alike have been quick to condemn the bill. And yet, in so doing, they are not only revising history. Some are also betraying a shocking hatred of the Polish people that seems to us Poles almost as hateful as the anti-Semitism they accuse us of burying.

Take, for example, the “Never Again” campaign, run this week by the Ruderman Family Foundation. The campaign included a video, which has since been deleted. It was shocking:

Editor’s note: The Forward captured the video before it was taken off line. The video clearly was produced with actors and not identifiable Jews in Poland, and is published here as a public service, so that our readers can understand the nature of this controversy.

In it, Jews both young and old said that they were willing to go to prison for what they were about to do. This courageous act that they were about to undertake would be to “fight” against the “oppressive” Polish law. The actors on the recording then proceeded to repeat the phrase “Polish Holocaust” one after another as a way to “tell the truth” about the Poles who they apparently consider responsible for the Holocaust. The video ended with a call on the United States to sever diplomatic relations with Poland.

The video was incredibly upsetting to us Poles. Not only did it disregard history (it was a German Nazi Holocaust), but it disregarded our own willingness to take responsibility for our bad actors whom we routinely condemn, roping us all in together as a nation of perpetrators of genocide. It was designed to hurt and offend Poles, and to disseminate a false historical narrative — and it succeeded, before it was taken down.

Thankfully, the outcry against the video from Jewish and Israeli institutions was swift and harsh. The Israeli embassy wrote in a statement that “the message of the video, which appeared through the American foundation, is unacceptable. Its content is inconsistent with historical truth and strikes at the memory of all victims of Nazi Germany.” The Association of Jewish Religious Communities went further: “We strongly condemn the film of the Ruderman Family Foundation, and its use of the words ‘Polish Holocaust,’ which we do not accept, and which are untrue and harmful.” The American Jewish Committee, too, condemned the video.

And yet, the hatred that the video showed, and the disregard for history, has been part of the Jewish and Israeli response to the bill from the beginning.

Consider the events of last weekend at the annual Munich Security Conference, where a popular Israeli journalist publicly confronted the Polish Prime Minister. In the question and answer session of a panel discussion, journalist Ronen Bergman suggested that for stating that his family was turned over to the Nazis by their Polish neighbors, he could be sent to prison.

I have my own problems with the bill, which in my opinion requires clarification and significant amendments. But anyone with any familiarity with the bill knows that what Bergamn said is not true; as I’ve written before it is precisely targeted at proclamations about Poland, not Poles — which leads me to conclude that Bergman has not read it.

Nevertheless, Bergman recalled that after his grandfather had been given up by Poles to the Nazis and murdered, his mother vowed never to speak Polish ever again. And in an op ed in YNet, Bergman explained further.

“There was one more thing we always knew, that ‘the Poles were worse than the Nazis’,” writes Bergman.

Now, he admits that from a historical perspective, this was untrue. “Clearly, the Nazis were the ones who initiated the Holocaust, and they were the ones who built the death camps.” And yet, his mother “knew the Poles and this was her very personal and moral judgment of what had happened.”

In other words, for Bergman as for his mother, the “moral judgment” trumps the historical fact. This is nothing short of unjustified prejudice against Poles. Imagine if someone said something like this about Jews.

The Poles who gave up Bergman’s family members are of course worthy of condemnation. Indeed, one can only imagine the trauma his mother must have suffered through, and the wound left in her soul by the behavior of those she trusted. Unfortunately, this is the hell of war, and has been for centuries. It pits people against each other, often loved ones.

Today we can and must look at the events of the Holocaust from the distance afforded by time and ask if beliefs like that of Bergman’s mother justly reflect history. And it is Bergman himself who admits that history does not justify her belief, and yet he persisted in making the case on “moral” grounds.

Bergamn’s words turned us Poles, in the eyes of many Jews, into people worse than the actual architects of the Holocaust. And to us Poles, the insistence on misrepresenting the new Polish bill and blaming Poles for the crimes of the Nazis is deeply upsetting.

But since those doing the misrepresenting admit that what they are saying is not historically accurate, we can only conclude that it stems from a deep-seated hatred of Poles.

And this frightens and horrifies us.

At the heart of opposition to Poland’s new law is a worldview that is fundamentally steeped in anti-Polonism. It does not stem, as is frequently claimed, from the fact that there were criminals among Poles, traitors who killed and betrayed Jews and who played a shameful part in our history and who deserve only condemnation. Much more often, it is a prejudice.

This prejudice perpetuates the myth that while the Germans — the originators of the Holocaust — have atoned for their wrongs, the unrepentant Poles are eternally anti-Semitic to their very core.

Surely you can see that it is unbelievably upsetting to be on the receiving end of such prejudice.

Although the Dutch provided Germany with the largest foreign Waffen-SS units (50,000 volunteers), and set up their own SS cell inspired by the local Socialist party Anton Mussert, they are today seen as model citizens. Though the Danes issued 10,000 volunteers for the Waffen-SS, and their military contingent was the only one in Europe that received full support from the government and the Danish National Socialist Workers Party Fritz Clausen, they are presented as an alternative to the “collaborating Poles.”

Unfortunately, history has twisted away from the truth, as have Polish-Israeli relations. It is imperative that Jews and Israelis do not fall victim to prejudice and hatred in the world; Poles, too. But this dialogue can only be built on deep respect for fundamental historical truths, preferably starting from interpersonal relations. Our governments obviously cannot bear this burden — and so, it is up to us.

Every one of my Jewish friends has told me some version of the same story: When they told their friends that they were going to Poland, they were met with shock by friends and family who could not understand why they were going to the most anti-Semitic and dangerous country in Europe.

We must start to change this baseless hatred before it corrupts our relationship forever. If Jews and Poles cannot move forward into this millennium together, then Hitler has truly won.

Marcin Makowski is a Polish journalist and historian. He writes for “Do Rzeczy” and “Wirtualna Polska”. You can find him on Twitter @makowski_m.

Is Hating Poles The New Bigotry Of the Day?