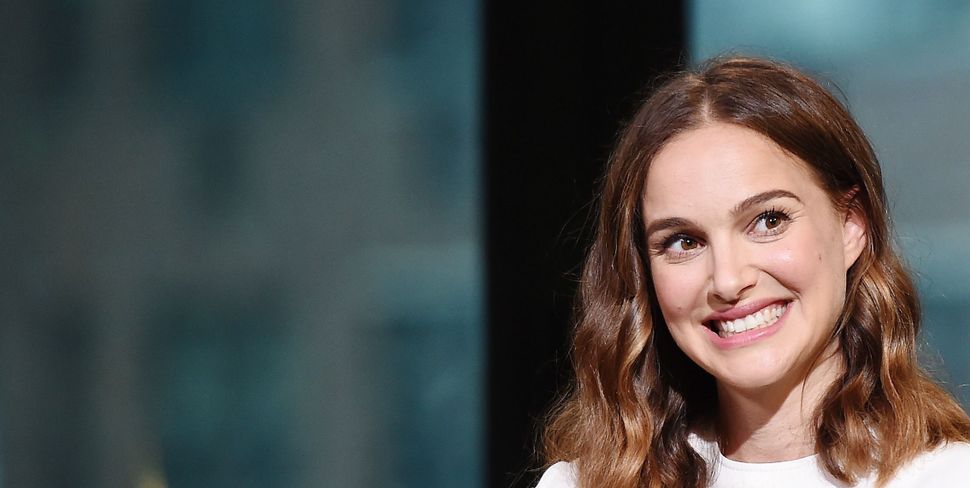 Natalie Portman should have done in 2018 what Elie Wiesel did when accepting the Congressional Gold Medal of Achievement in 1985.

And what David Grossman did last week, before accepting the Israel Prize for Literature.

And what countless Jews have done throughout recorded time, grasping the prophetic opportunity to, in Wiesel’s words, “speak truth to power.”

Instead, Portman is staying home. The announcement of her refusal to travel to Israel in June to formally accept the $2 million award associated this year with the Genesis Prize because she is “uncomfortable with recent events” may be seen as a bold statement against Israeli misconduct and intransigence, a high-wattage boost to opponents of Prime Minister Benjamin Netanyahu’s government — especially since it comes from someone who, until now, has worn her Israeli-ness with pride.

But I see a person lacking in genuine courage, whose convictions are not sturdy enough to be voiced on a public stage before those with whom she disagrees, who would rather make her statement with her absence, leaving the world guessing about why an Oscar-winning actress would renege on a promise and snub the land of her birth until she belatedly offered an explanation.

Portman, an outspoken Netanyahu critic, “cannot in good conscience move forward with the ceremony,” a statement from the Hollywood superstar said initially. Later she added: “The mistreatment of those suffering from today’s atrocities is simply not in line with my Jewish values. Because I care about Israel, I must stand up against violence, corruption, inequality, and abuse of power.”

Brave, important words. But why couldn’t she say them in front of the people in power, who have the ability and authority to act on them?

Surely we are living in the age of boycott, when turning away is perceived to be an obligatory sign of strength; too often, however, it’s simply an easy way to escape social opprobrium and avoid true engagement and dialogue.

Wiesel appreciated the difference. It was just 33 years ago — April 19, 1985 — when he exemplified the courage to respectfully challenge power on its home stage, in what became known as the “Bitburg controversy.” German Chancellor Helmut Kohl had invited President Ronald Reagan to visit the Bitburg military cemetery, which contained the graves of 49 elite Nazi officers, and Reagan accepted even though he had declined to visit a concentration camp on the same trip.

The Jewish community was already in an uproar. Then, at an April 18 press conference, Reagan made matters worse by appearing to equate dead German soldiers with the victims of the Holocaust. “They were victims,” he said of the soldiers buried at Bitburg, “just as surely as the victims in the concentration camps.” (Those who worship Reagan’s memory ought not to forget that in 1985, he sounded awfully like our current president did when commenting on last year’s neo-Nazi rally in Charlottesville.)

The following day, Wiesel was long scheduled to receive the Congressional Gold Medal of Achievement, the highest honor that the government gives to civilians, in a televised ceremony at the White House. According to press accounts at the time Wiesel considered boycotting the ceremony altogether and in the end, resisted intense pressure to temper his remarks and forego castigating the president.

Instead, he offered an electrifying speech. “The issue here is not politics, but good and evil. And we must never confuse them. For I have seen the SS at work. And I have seen their victims. They were my friends. They were my parents. Mr. President, there was a degree of suffering in the concentration camps that defies imagination.”

He continued: “May I, Mr. President, if it’s possible at all, implore you to do something else, to find a way, to find another way, another site? That place, Mr. President, is not your place. Your place is with the victims of the SS.”

Afterwards, the two men shook hands and Reagan quickly left the room. His administration hastily announced that he would also visit the Bergen-Belsen concentration camp when he went to Germany, which he did. Bitburg was still on his itinerary, and he laid a wreath at the cemetery. Nobody much remembers that today. But Wiesel’s words left an indelible legacy.

It’s one Portman could have followed. Or she could have chosen to do what Grossman did. Another outspoken critic of the Israeli government, the award-winning writer didn’t boycott the Independence Day ceremony last Thursday, when he was awarded the prestigious Israel Prize for Literature. Instead, days before, he addressed bereaved Israelis and Palestinians at an alternative Memorial Day event, speaking as the parent of a soldier killed in battle. And he didn’t mince words, either, excoriating the IDF’s conduct, the government’s treatment of asylum seekers and Holocaust survivors, and the Palestinians:

“The solution to the great complexity of Israeli-Palestinian relations can be summed up in one short formula: if the Palestinians don’t have a home, the Israelis won’t have a home either,” Grossman said. “The opposite is also true: if Israel will not be a home, then neither will Palestine.”

Grossman said he would donate half of the Israel Prize money to an organization serving bereaved Israeli and Palestinian families, and to an NGO dedicated to help migrant children in south Tel Aviv. Portman had intended to focus her Genesis Prize millions on philanthropic programs to advance women’s equality. After she cancelled her appearance, Genesis said that she will no longer get to choose the recipients; instead, the foundation will decide where the money goes.

What a heartbreaking outcome. I don’t believe, as some hotheaded Israeli politicians said, that Portman is a pawn of Hamas, or the movement to boycott, divest from and sanction Israel (and she disavowed that herself.) I’ve been skeptical of the Genesis Prize from the start, wondering why it was necessary for wealthy people to give money to other wealthy people and not directly to those in need. I can appreciate why a Hollywood actress might be uncomfortable legitimating an effort funded by Russian oligarchs and endorsed by a government that continues to distance itself from liberal values, human rights — and more and more American Jews.

But she knew that last November, when she was announced as the next prize laureate. If she felt further compromised by recent events, then she could have used the June ceremony to insist on speaking her mind, as Wiesel did. Or she could have embraced and inspired the struggling peace camp in Israel, as Grossman did. Or she could have found her own way to salve her conscience and challenge the dangerous status quo.

“Our tradition commands us to speak truth to power,” Wiesel said to the leader of the free world sitting mere feet away. What courage that took. If only there were more of that today.