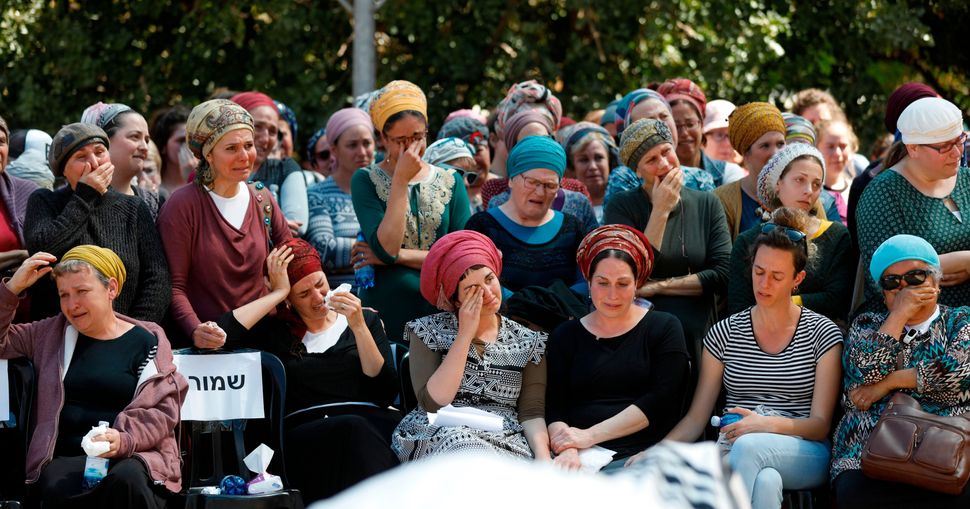 Ari Fuld was a friend. We had met a couple of times face to face, shared a coffee or two, but he was omnipresent on my Facebook feed.

We will meet no more. 17-year-old Khalil Yusef Ali Jabarin, from a West Bank village near Hebron, stabbed Ari in the back, and Ari succumbed to his wounds.

Ari Fuld, may his memory be blessed, was a passionate Israel advocate who believed in the historic Jewish right to live in our ancestors’ true homeland. From touring Jerusalem’s old city, to engaging Temporary International Presence in Hebron observers to giving soldiers tokens of gratitude — food at the end of a long march, or neck warmers or gloves — Ari was selfless.

When Israel talks about the need for Palestinian recognition and acceptance of the Jewish State of Israel, it is in order to clarify once and for all that our Palestinian neighbors accept that we, the Jewish people, are here to stay.

Until that day, we will have to depend on the IDF in order to safeguard our civilians. Ari understood and believed in the need for a strong and ethical military. For it is our Jewish moral and ethical compass that guides us, to ensure we can use our weapons, that we have the will to overcome the evil intentions of our enemies, and that we are competent in deployment of those tools.

Equally important is that our enemies perceive that we have the weapons, the will and the competence to defeat them.

Many eulogized Ari, including at a beautiful, heartbreaking funeral attended by thousands. But some of the voices that I was confronted with on social media were extremely disturbing. One conveyed a lack of compassion for Ari because he was a “settler.” Others, including my more spiteful followers, went so far to say that the proud Israeli father of four “deserved it,” or “he was fair game” because he was a “colonizer.”

When you side with a 17-year-old brainwashed teen who has an institutionalized support system across the spectrum; when you side with the schools of scorn, the academies of hate, the roads of rancor and the politicians that amplify the calls to murder a Jew in Judea, then you are on the wrong side of history.

You may consider yourself liberal or progressive. But if you accept this brutality, feel no sorrow for a father of four stabbed to death, then you are no different than the coward that sneaked up behind him and took his life from his family and from us.

The IDF now will conduct operations in Yatta, a town of some 70,000 people, in order to prevent copycat-inspired terrorist attacks. The military engineers have already measured the house Jabarin lived in in preparation for a possible demolition. The investigation to see if he had any accomplices in the attack is ongoing.

Whether it was an organized attack, or a lone wolf incident, it is nevertheless a part of the institutionalized hate system, the pack of wolves, that celebrates the spilling of Jewish blood.

Khalil Jabarin just wanted to kill Jews. If you can’t mourn the death of the Jew whose life he took, you, too, are an accomplice.