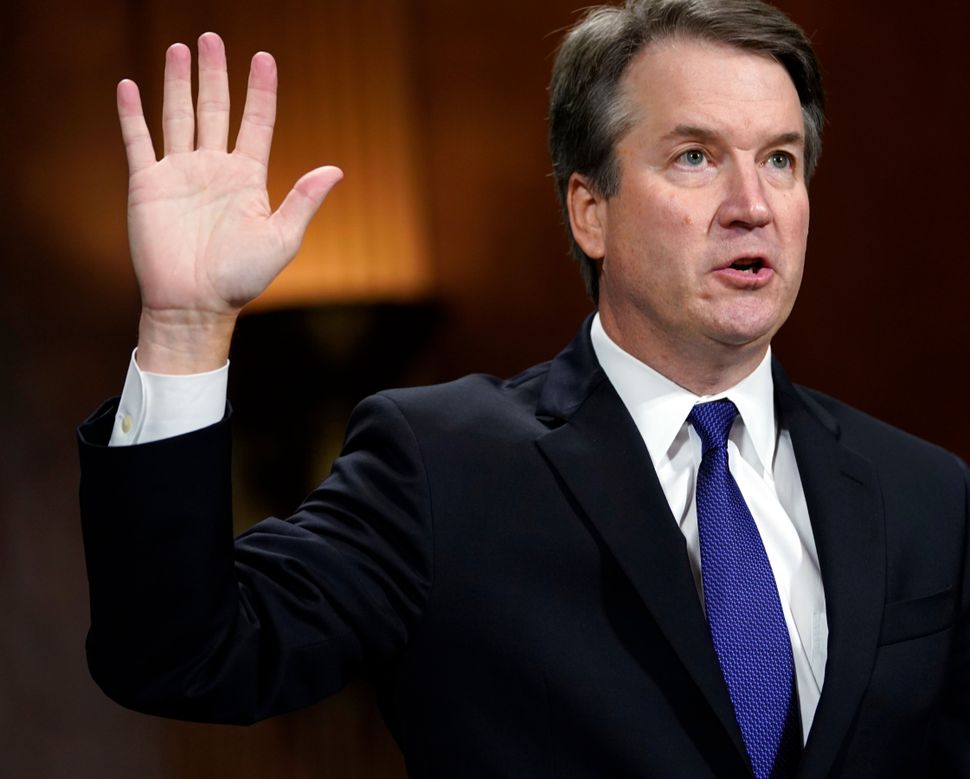 If the point of last Thursday’s Senate Judiciary Committee hearing was to figure out if Dr. Christine Blasey Ford’s allegation, that she was sexually assaulted by a teenaged Judge Brett Kavanaugh, was true, the hearing was a complete and utter failure.

Both Ford and Kavanaugh, President Trump’s Supreme Court nominee, came across as credible, her in her allegation and him in his denial, leaving the committee in the same place they had been before the hearing.

The conflicting testimonies – which could not both be true – reminded me of an oft-repeated legend about a shtetl rabbi, who, after hearing a dispute between two of congregants, told both litigants that they were in right. And when the Rabbi’s assistant, perplexed at the contradiction, asked how both could be right if they ran in direct conflict with each other, the rabbi grinned and said, “You are also right!”

Like that rabbi, I reject the need to resolve the contradiction between two compelling testimonies. Both testimonies can be credible even if both can’t be entirely accurate.

And that’s why I believe Judge Kavanaugh should be confirmed to the Supreme Court.

Because while Dr. Ford’s credibility is surely relevant, it is by no means the endgame.

As Democrats keep pointing out, the matter at hand is not Dr. Ford’s credibility. It is Judge Kavanaugh’s appointment to the Supreme Court, and whether or not her accusation sans corroboration is or ought to be enough to keep him off the highest court in the land.

And it is precisely for that reason I think it is counterproductive to engage in speculation and reckless theorizing in an attempt to reconcile the truthiness of both witnesses.

There’s simply no need to. We can — and should — both believe Dr. Ford and insist that there be a minimum standard of evidence before an accusation becomes actionable – even outside a court of law.

Indeed, the process should have been focused on two things: an attempt to get to the truth as much as we can, and a conversation as to what the standard ought to be in cases such as this one, both so we can settle this as adults and because we all know it will not end here with this nomination.

The former has actually been addressed, despite partisan insistence that it hasn’t been. The supplemental FBI investigation does in fact satisfy the question of truth; following up with named witnesses from the hearings and getting comprehensive statements from them does tie up those loose ends left by written statements denying any memory of what Ford alleged.

But left unanswered, as we weigh two equally credible accounts against each other, is that other, harder question, namely, what is that standard of evidence required to block an otherwise qualified candidate from confirmation?

We aren’t having that conversation at all.

The reason we aren’t having that conversation because everything about this process has been blatantly political and partisan.

Instead of empathizing and analyzing the human side of this incredibly difficult case, everything has been confined to a political prism.

From the way this accusation was handled – by both sides – it’s pretty clear we’ve forgotten all about the people involved and what the issue at hand is supposed to be. Instead, what we’ve resorted to is the use of anything, everything – and everyone – as a cudgel with which to beat the opposition into submission.

We saw a Ranking Member conceal Ford’s allegation from the Chairman and the Judiciary Committee until the 11th hour – directing her instead to a politically connected law firm who paid for her to take a polygraph at a time she says she was insistent on maintaining her anonymity. We saw Senators Mazie Hirono and Jeff Merkley fundraise off Ford’s testimony, with Hirono going so far as to tell Jake Tapper that she would not afford Kavanaugh any presumption of innocence because she “put[s] his denial in the context of… how he approaches his cases” with regard to issues of abortion.

We saw Majority Leader Mitch McConnell vowing to confirm Kavanaugh even before the Judiciary Committee heard from Ford and Kavanaugh on her allegations, and even once the supplemental FBI report came in, we saw Senator Lindsey Graham refuse to even read it, saying he had heard enough without it to make up his mind and vote yes.

Some more extreme elements of the right – including North Dakota Senate Nominee Kevin Cramer – went so far to argue for Kavanaugh’s nomination even if it were revealed that he did assault Ford.

I honestly cannot say whether I would be arguing for the confirmation of Kavanaugh if he wasn’t from “my side” on issues most important to me, such as religious liberty and individual freedom. Would my conflict on these important – and now deeply political matters – push me in the opposite direction on a question which ought to have nothing to do with either? I really do not know. And that saddens me deeply.

But that’s just the reality now. We live in an age where we have been reduced to the political equivalent of open warfare, with little regard for the consequences of our actions. Persuasion is dead, and the idea that some things ought to transcend petty politics is but a relic from a different time.

A good first step to a return to normal would be to confirm Kavanaugh. Reasonable people must be able to admit the simple fact that his accusers have not supplied any corroborating information for their claims about him and have therefore not met any standard of evidence. Confirming him now would amount to recommitting to getting politics out of the pursuit of justice.

Eli Steinberg lives in Lakewood, New Jersey with his wife and four children. They are not responsible for his opinions, which he has been putting into words over the last half-decade, and have been published across Jewish and general media. You can tweet the hottest of your takes at him @DraftRyan2016.