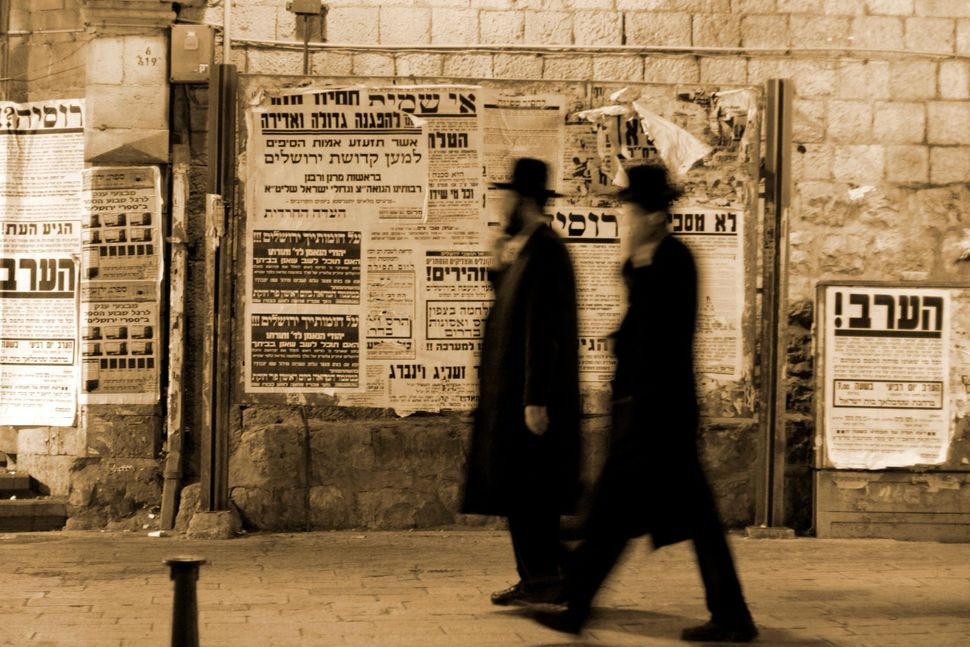 To most people, Yiddish and German are closely related. The languages share many root words and grammatical structures, and most speakers of one language can at least understand an individual speaking the other.

To early German Christian scholars, like to many laypersons today, Yiddish was seen as a corrupted and lesser form of German. But the truth is, Yiddish and modern German co-evolved from an older version of German.

It took many years for scholars to arrive at this conclusion – which remains relatively obscure. In most Jewish spaces today, Jews still believe that Yiddish is a corrupt version of German.

So did scholars for a long time.

In 1592, Elias Schadäus bemoaned the fact that Jews “mutilate” the word und (and), omitting its final “d.” In 1609, the grammarian Johann Buxtorf mentioned “corrupt versions” of German written in Hebrew characters that developed among Jews, especially in Bohemia, Moravia and Poland. In 1750, Christian Just Chrysander provided a systematic list of linguistic patterns with which Jews “spoiled” German.

This may sound harsh. But it’s not clear that the Jews of the time felt any differently.

Before the 17th century, Ashkenazi Jews called both Yiddish and the vernacular German of their gentile neighbors “Loshn Ashkenaz,” which literally means the language of Germany. In other words, these German Jews viewed themselves as speaking German, the same language as their Gentile neighbors.

That Yiddish is a version of German is a widely held belief. The 19th century founder of Judaic Studies, Leopold Zunz, believed that Jews in medieval Germany spoke German, which they brought to Slavic countries and continued speaking for the next 300 years.

Beginning in the 16th century, Zunz argued, this German became corrupted, especially in Poland, because of the low cultural level of Jewish parents and teachers.

However, according to modern linguistics, scholars like Zunz were naïve in their approach. Now, scholars believe that it’s more accurate to see in both modern Yiddish and modern German direct descendants of an older German, without deciding which language is the “direct” heir and which is the corrupted one. Indeed, in historical linguistics, the notion of a “corrupted” language makes no sense. To understand the relationship between Yiddish and modern German, one would do better to view them as two different idioms having the same ancestor.

Since the Middle Ages, both Yiddish and German have undergone significant changes. Linguists such as Lazare Sainéan and Alfred Landau argue that the Yiddish of Eastern Europe was based on medieval dialects from southern and central German-speaking provinces, and also infused with several Hebrew and Slavic elements.

The naïve approach of earlier authors did not prevent them from making a few apt observations. Schadäus, for example, noticed that Jews mix some Hebrew words into their German. And Buxtorf that Jews also borrow grammatical structures and vernacular from Hebrew in their translations to German, creating expressions unknown in German.

Buxtorf notes that Jews also “corrupt” the Hebrew words they intermingle with their German vernacular speech, turning these Hebrew words into German forms, as the Germans do with Latin words.

Meanwhile, Zunz emphasized that the development of Yiddish in Central and Eastern Europe was partly due to the introduction of words from Hebrew, Slavic, and other languages into colloquial speech, but while retaining certain German archaisms.

The main driving force behind the development of Yiddish was already understood by earlier Christian and Jewish authors: it borrowed heavily from Hebrew and Slavic idioms, retained German archaisms, and took on a life of its own in the fusion of different elements from German, Hebrew and other Slavic languages.

But it was only during the turn of the 20th century that scholars began to understand other key aspects of the relationship between German and Yiddish.

Thanks to the work of such linguists as Lazare Sainéan and Alfred Landau, our understanding of the history of Yiddish changed dramatically. These scholars insisted that the Yiddish of Eastern Europe was based on medieval dialects from southern and central German-speaking provinces. If we want to understand its inception and development, Yiddish should be compared to these spoken dialects, rather than to modern written standard German.

Indeed, since the Middle Ages, German, too, has undergone significant changes. German has borrowed extensively from other languages with which it has been in contact, primarily Latin and French, and to a lesser extent Italian and West Slavic.

Important changes in standardized written German followed the publication in 1534 of the German translation of the Bible by Martin Luther. The language of this work was in many respects based on a dialect from Eastern Germany. Moreover, its author introduced new spellings for certain words that gradually became standard, and influenced the pronunciation too.

Since the ancestor of both modern Yiddish and modern German is also called “German,” it’s easy to see why only one of the two languages — German — has been assumed to be the natural heir to the linguistic tradition.

Moreover, one can establish a non-interrupted chain between modern Germans and those who spoke not only medieval German, but also earlier stages of the German language, like Old German.

Not so for Jews. At some moment in Jewish history, Jews shifted in their everyday life from their former, non-German language(s) to those of their German Gentile neighbors. As a result, considering German history as a whole also contributes to the false opinion that modern German is a “legitimate” descendant of medieval German, while Yiddish becomes a kind of “step-daughter” language in relationship to German.

The truth is, Yiddish and modern German co-evolved from an older version of German.

It’s time to put the myth of Yiddish as a corruption to rest.