Menu
HomeAnti-Semitism Is On The Ballot. Jews Must Vote No.
Image by Getty Images

At no time in the last half century have American Jews had more of a reason to worry about their safety. As the campaign of Donald J. Trump gained momentum in 2016, the dark, wriggling fringes of the white nationalist right molted and spread new wings, incubated by a candidate who nursed their anger and advances their policies.

On August 11th, 2017, neo-Nazis marched with flaming torches in Charlottesville, chanting, “Jews will not replace us.” One of them murdered activist Heather Heyer. And President Trump infamously responded, “You … had some very fine people on both sides.”

Now, Show Up To Vote

The white supremacists heard him loud and clear. Throughout the country, anti-Semitic vandalism and hate speech bloomed.

But he wasn’t finished. Trump, Senator Chuck Grassley and other GOP leaders publicly blamed Jewish philanthropist and Democratic party donor George Soros for the protests against Brett Kavanaugh, continuing the endless, right-wing, anti-Semitic fever dream of propaganda that has been directed at Soros for years.

The very rude elevator screamers are paid professionals only looking to make Senators look bad. Don’t fall for it! Also, look at all of the professionally made identical signs. Paid for by Soros and others. These are not signs made in the basement from love! #Troublemakers— Donald J. Trump (@realDonaldTrump) October 5, 2018

Soon thereafter, their accusations were aped by hate-speech flyers distributed by the Neo-Nazi website the Daily Stormer. And on October 22, 2018, Cesar Sayoc delivered a pipe bomb to Soros’ home.

And then, on October 27th, right-wing anti-semite Robert Gregory Bowers marched into the Tree of Life Synagogue in Pittsburgh and murdered 11 Jews at Shabbat services.

You might think that at a time like this, Jews would be able to unite in the fight against anti-Semitism. But you would be wrong.

Many on the political right — including the Jewish right — have engaged in a ongoing campaign to confuse the public about what really threatens Jews.

On the other other hand, some non-Jews have been erasing anti-Semitism entirely. The President’s own adviser, Kellyanne Conway, ascribed the motivations of the Pittsburgh mass-murderer — sans evidence — to a generic “anti-religiosity” rather than a viscous hatred for Jews, emanating from the political right.

This feint, of combining anti-Semitism with anti-Christian sentiment, is not only false; it obscures the actual source of today’s anti-Semitism. For it is undeniable that just as historically, it was European Christians who invented modern anti-Semitism, it is ascendant white Christian nationalism that is the overwhelming threat to Jews in the United States today.

According to the Anti-Defamation League (ADL), anti-semitic incidents rose 57% the year after Trump’s election, the largest rise in anti-semitism in recent history, and despite the president’s every efforts to portray right-wing extremists as “very fine people,” they commited 73% of domestic terrorist attacks between 2001 and 2016.,

Ideas about the nobility of white nationalists, the nobility of nationalism more generally, and the threat posed by black and brown people at our borders — advanced by the president and those who adore and enable him — are what led Cesar Sayoc and Robert Gregory Bowers to commit their heinous acts. Sayoc and Bowers believed they were heroes when they committed their crimes because they spent their days in a media bubble filled with right-wing anti-Semitic conspiracy theories, fed first and foremost by President Trump.

In addition to making Jews feel hurt, attacked and alienated, anti-Semitic conspiracy theories have now, as before in our history, resulted in mass murder.

But they are also powerful political weapons, convenient tools in the hands of anyone who wants to defeat movements for social justice.

During and after the Kavanaugh hearing, thousands and thousands of women and others rose up in outrage and indignation at the elevation of an accused sexual assaulter, sexual harasser, and perjurer to the Supreme Court, and the shamelessly partisan process that led us there.

But according to the President and his defenders in the media, these women were simply paid pawns of Jewish financier George Soros. And it’s not just the #metoo activists; Soros has also paid for the teenage survivors of the Parklandhigh school shooting, the parents of Sandy Hook, migrants fleeing danger and persecution, according to the president, and the right wing media swamp that is all too happy to pedal anti-Semitic conspiracy theories for ratings and clicks.

These theories are direct descendants of the Protocols of The Elders of Zion, the archetypal Jewish conspiracy fraud. The Protocols describes a fictional world of secret, outsized Jewish power and riches, wielded to advance a sneaky foreign agenda. This “fantasy of Jewish power” has been at the heart of white supremacy for decades. The Klan levelled these exact same charges at the Civil Rights movement — that it was a fake movement, ginned up by Jews who sought to undermine America.

When you render entire movements illegitimate by claiming that they are secretly organized and financed by rich, powerful Jews, you distort the truth about our democratic process.

Conspiracy theories tell us systemic injustices, like extreme wealth inequality, can be explained by convenient scapegoats, and that conventional forms of justice and accountability are doomed to fail because secret machinations will always protect the powerful.

The belief that there is no recourse within the system leads people to act outside of it. Fed by FOX News and the president’s tweets, the right has achieved Soros conspiracy paranoid apoplexy, with deadly results.

We must defeat hate at the ballot box

The right has immersed us in conspiracy theories, malign fabulism, and gross accusations about the left; about social justice movements like Black Lives Matter, and about the role of Jews in weakening the nation.

The murders and bomb threats are the inevitable outcome of a Trump presidency.

How Do Christians Forget What Their Faith Means When They Get In The Voting Booth?

The question for American Jews is: does it end today, or is this just the beginning?

Too many American Jews have ignored the rising sea of anti-Semitism on the right, dazzled by the pro-Israel proclamations made by candidates who are all too aware of what levers to press to activate the historical traumas of European Jews and reap the easy reward.

To take just one example, today, voters in Florida will choose between Democrat Andrew Gillum, who if elected would become the first Black Governor in the state’s 173-year history, and Ron DeSantis, an ultra-right Trump cultist who has courted and defended the ugliest corners of the racist, anti-Semitic alt right while trying to convince Jewish Floridians to vote for him.

DeSantis has repeatedly made appearances with Sebastian Gorka, a fired Trump administration official with ties to a Hungarian neo-Nazi party. He has also appeared with anti-semitic troll Milo Yiannopoulos. And DeSantis has spoken again and again at Restoration Weekend, an annual white nationalist gathering whose director has claimed that there is a Black-led race war against white people. DeSantis is a fan: “[I’m] a big admirer of an organization [which] shoots straight, tells the American people the truth and is standing up for the right thing,” he said.

Now in the waning days of his losing campaign, DeSantis is resorting to the same tired trickery that has worked so well for Republicans in recent years, attacking Gillum for his association with Dream Defenders, a Black-led racial justice non-profit formed after the murder of Trayvon Martin. This attack is part of a calculated effort to associate Andrew Gillum with the Boycott, Divestment and Sanctions movement that seeks to boycott Israel in the minds of Jewish voters, because Dream Defenders supports the BDS movement, even though Gillum is pro-Israel and opposes BDS.

Desantis is exploiting Jews’ very real fears about anti-Semitism by making very false claims about who our enemies are.

Today’s election will test Jewish voters. Will we hold Republicans accountable for the lethal mess they’ve made? How many of us are still willing to accept any candidate who proclaims love of Israel, even as they abet hatred of Jews?

In order to turn back the rising tide of anti-Semitism in the US, we must do more than send a clear message to the GOP; we must take away their power to do us more harm, by voting them out of office.

We have to defeat this ideology wholesale.

We have to make white nationalism a losing agenda.

Though we won’t be acting alone — millions will vote with us — American Jews have our distinct role to play this moment to either ratify or crush the politics of white nationalism.

If there is one lesson that American Jews should be able to teach our allies and countrymen, it’s that these forces must be defeated unconditionally.

Leo Ferguson is a staff organizer at The Jewish Vote, the sister organization of Jews For Racial & Economic Justice. He is the co-author of Understanding Antisemitism: An Offering to our Movement.

Anti-Semitism Is On The Ballot. Jews Must Vote No. 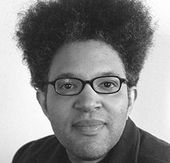 Anti-Semitism Is On The Ballot. Jews Must Vote No.