Mourning Amos Oz In Jerusalem, Where Even The Stones Seem To Weep 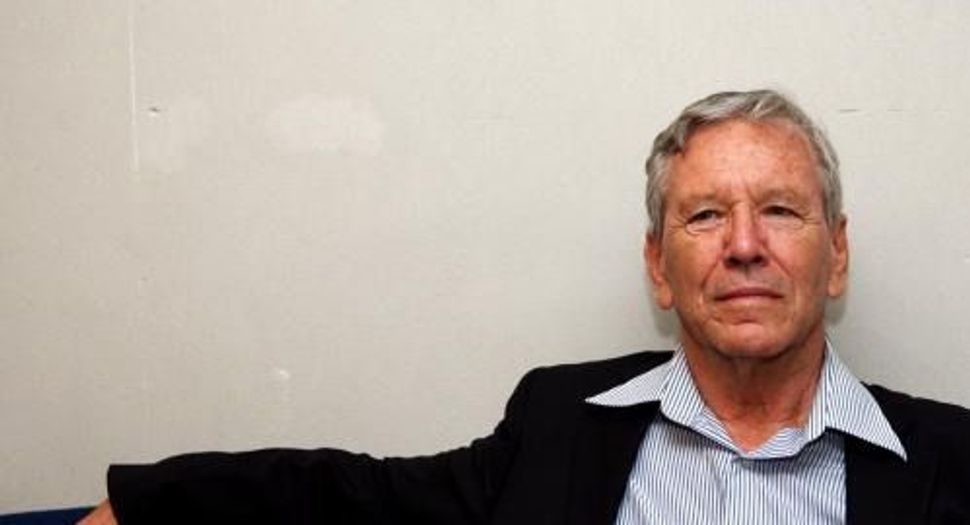 It is strange to learn of Amos Oz’s death while in Jerusalem, on the eve of Shabbat, as the dull winter cold descends on the city still drenched from yesterday’s downpour.

It’s as if the sky is grieving, the stones are crying. A native son is gone.

Oz, who died earlier today at 79, was born here and fled as a young adult to the kibbutz where he did much of his writing and where he placed many of his stories. But I will always associate him with Jerusalem, and its complicated history of hope and agony, despair and promise, love and darkness.

His autobiography, “A Tale of Love and Darkness,” is among my most favorite books, so iconic that Israelis can recite parts of it by heart. His heart-thumping description of being a young boy witnessing the birth of the Jewish state will remain with me forever.

The 2015 film of the same name by Natalie Portman does it no justice. Read the original. It will seep into your heart and stay there.

Israel is a nation that truly values its literary and scholarly heritage — Jerusalem especially. Streets are named for writers and rabbis and intellectuals. Oz embodied this special national character, and became one of its most successful and impactful exports, his work translated widely, by one account into 45 languages.

But he was more than a literary celebrity; he was the quiet, forceful conscience of a country losing its way. His service in the Israel Defense Forces as a young man — he returned to duty in the wars of 1967 and 1973 — taught him the agony of war and transformed him into a lifelong peacenik, an eloquent spokesman for a more modest Israel, one that upheld its democratic principles over its territorial claims.

A ruggedly handsome man, compact and unassuming, he spoke his mind without bombast, brushing off the countless, ridiculous charges that his dovish politics made him an enemy of the Jewish State, a traitor.

Speaking to a reporter in 2016, he said: “I’ve been called a traitor many times in my life. I think I’m in wonderful company. History is full of people, men and women, who happened to be ahead of their time and were accused of treason by some of their contemporaries.”

There was a clever wryness in the way he dealt with his political adversaries and expressed his views, the result of a literary mind analyzing human folly. He said this last April:

“I don’t know what the future holds for Jerusalem but I know what should happen. Every country in the world should follow President Trump and move its embassy in Israel to Jerusalem. At the same time, each one of those countries ought to open its own embassy in East Jerusalem as the capital of the Palestinian people.”

When I interviewed him in 2011, he spoke in glowing terms of the cultural renaissance Israel was experiencing, extolling the talent and creativity of a new generation of writers and artists challenging convention and enriching society.

I thought afterwards: If only the politics here was as sophisticated and creative as the culture. If only the elected officials could have minds nimble enough to imagine another story and the courage to write a more satisfying ending to the intractable conflict between Israelis and Palestinians, Jews and Muslims, Jews and other Jews.

If only they could be a little more like Amos Oz.

He leaves a gaping hole in the discourse and a lifetime of literature that should serve as an inspiration and a challenge to us all.

Mourning Amos Oz In Jerusalem, Where Even The Stones Seem To Weep