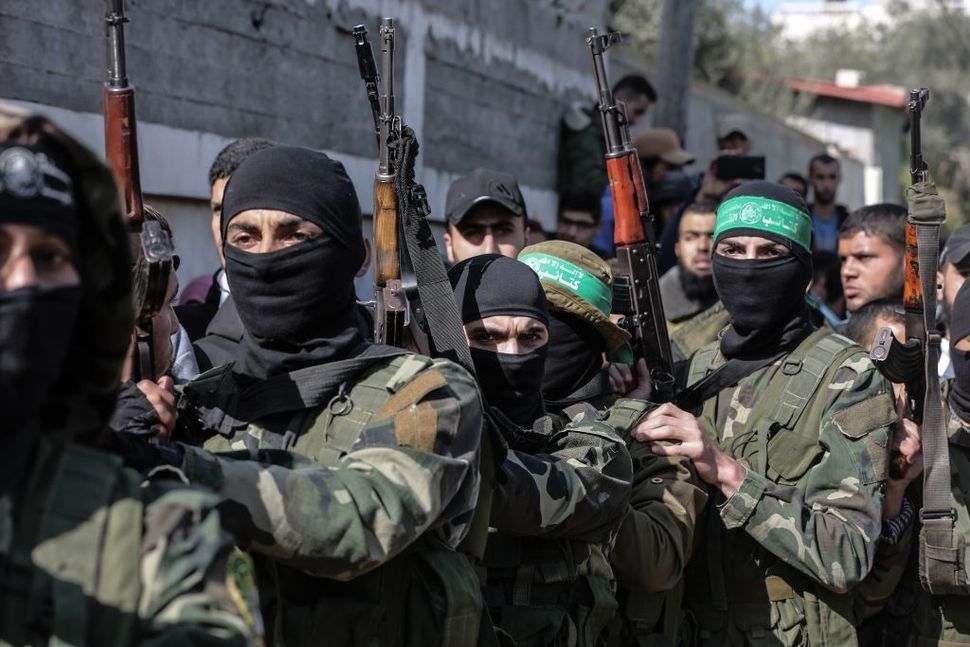 Direct ties have been found in between Hamas and the BDS movement. Image by Getty Images

For years, we have heard various claims from Israeli officials positing that the global movement to boycott Israel, known as the BDS Movement, is tainted and controlled by extreme anti-Israel individuals who are unconcerned with the human rights of Palestinians which they claim to champion.

However, until this week, no incriminating evidence had ever been provided.

All that changed when a report by Israel’s Ministry of Strategic Affairs provided conclusive evidence that the energy of terrorists and their organizations has infiltrated, and is even driving, the BDS activities.

The report reveals direct ties between numerous boycott groups and US, Canada, and EU-designated terror organizations such as Hamas and the Palestinian Front for the Liberation of Palestine.

“Hamas and PFLP operatives have infiltrated and adopted seemingly benign NGOs in the Palestinian Authority, Europe, North America and South Africa, for the purpose of advancing their ideological goal: the elimination of the State of Israel as the nation-state of the Jewish people,” reads the report. “Convicted terrorist operatives who have served prison sentences currently hold senior positions in NGOs which delegitimize and promote the BDS campaign against Israel. In these positions, they recruit fellow terrorist operatives to their NGOs. Israeli courts have determined that some of the terrorist operatives listed in this report pose a concrete security threat.”

Until I read this report, I have always remained a moderate voice. I have advocated listening to criticism of Israel and its policies, even when uncomfortable for us. But as BDS it looks like we’ve all been duped.

Of all the details revealed in the report, one stands out as particularly disturbing: the driving force behind the international BDS efforts is the Ramallah-based BDS National Committee (BNC), which is composed of a coalition of Palestinian terror organizations called the Palestinian National Islamic Forces (PNIF). In other words, while the BDS movement would have us believe that it’s all about justice for Palestinians, the “executive board” of the BNC is no less than a league of terrorist organizations.

This terror coalition is a weave of extensive partnerships with Palestinian civil rights groups to jointly run the so-called BNC. The boycott activities throughout the world are effectively being directed and implemented by terror organizations from Ramallah.

This takes place each day with few batting an eye as the mantra of human rights and free speech conceals the true nature and sinister motives that lie beneath the campaign’s “executive board.”

The BNC controls the official websites and social media accounts belonging to what is known as the “BDS Movement.”

The donations supporting BDS are being transferred to an umbrella organization that is partially comprised of terror organizations. But what is even more disturbing is that the same organization funneling the funds to a terror-led organization enjoys a respectable reputation in the US.

Indeed, BDS organizations and their members lobby Congressmen on Capitol Hill, and have recently been arguing American legislation against boycotts is inconsistent with American values and its constitution

In other words, organizations that support boycotts and transfer money to an organization composed of foreign terror movements are granted the opportunity to use such a prominent platform to influence the American public. In addition, they have the audacity to preach to the American public about the virtues of democracy. What is it they say about false prophets in sheep’s clothing, that are actually ravening wolves?

The only question now is whether anyone will be willing to further investigate the disturbing evidence that has surfaced in the latest report and put an end to this charade.

I for one feel duped. And I will not stop demanding that this terror organization masked as a non-violent movement be seen for what it is.