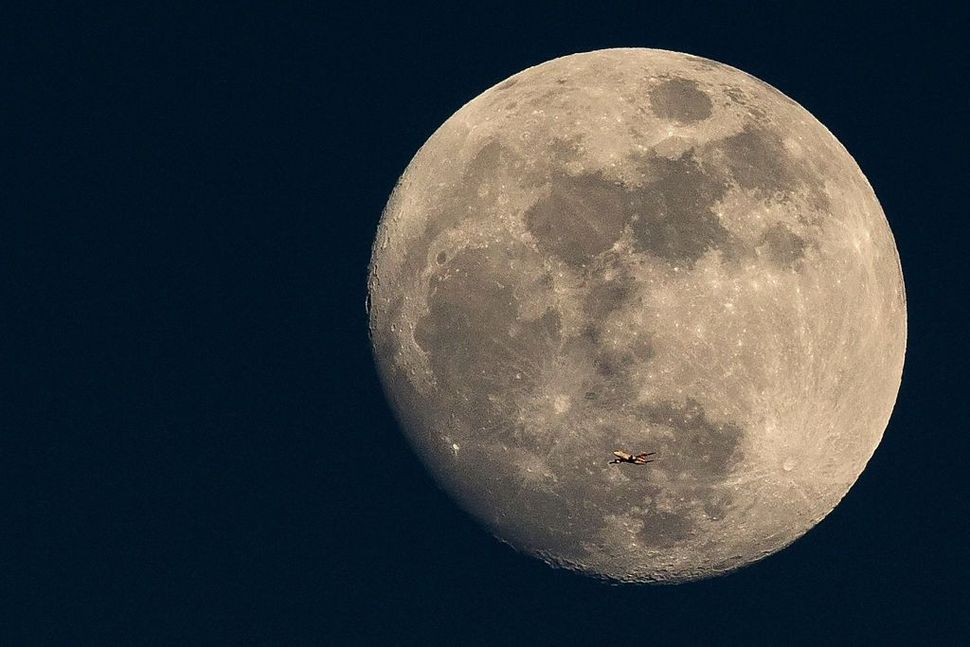 We are almost comfortable saying it was a fairly awesome week for the Jews. Let’s check out the (literally) uplifting Jewish news stories from this week.

One giant step for Israel: Beresheet, the space craft made by Israeli company SpaceIL successfully launched from Cape Canaveral on Thursday night, aiming for a moon landing in April. This would make Israel the fourth country to ever land on the moon, and this would be the first case of a private company succeeding in doing so. The craft, which is about the size of a washing machine, holds testimony from a Holocaust survivor, children’s drawings, a Torah, and examples of Israeli literature and scientific achievement.

Israelis and Palestinians team up: Yes, that’s right. The JTA reports that Palestinian and Israeli leaders in business and politics met to form a new initiative that will create economic opportunities for both groups in the West Bank. Ashraf Jabari, a Hebron local who is leading the initiative, told the JTA, “We need to break the fence between Israelis and Palestinians and to know that there’s no other way but to work together. We can’t keep going like we have over 25 years and waiting for a political settlement. We don’t have time to wait for politicians.”

Safety and equality for women at work: The Jewish umbrella group SafetyRespectEquity Coalition gave $1 million in grants to Jewish groups to focus on eliminating workplace harassment and empowering women leaders, the Jerusalem Post reports. May they use the grant thoughtfully, and in good health.

Sex, law, and emojis: Eric Goldman, a Jewish professor at Santa Clara University, studies the proliferation of emoji (electronic ideograms) in US court cases. His expertise has been called on by UK lawyers, who seek to have judges trained to understand common connotations of emojis, like the arguably sexual eggplant and malevolent bathtub. Emoji interpretation can change vital interpretation of evidence, Goldman said, according to the Washington Post. “Google users thought the ‘grinning face with smiling eyes’ emoji meant ‘blissfully happy,’ while Apple users thought it meant ‘ready to fight,’” he said. Jews: what will they think of next?

Torah: This week we read parsha Ki Tisa in the book of Exodus, and Torah-wise, it’s a pretty bad-news week for the Jews — panicking when Moses does not immediately return from Mount Sinai, the Israelites decide to make a new God. Out of earrings. Oy. Idol worship is so clearly forbidden in Judaism (remember, these people received the 10 Commandments just four chapters ago!) and the creation of the Golden Calf makes God enraged. “Now, let me be, that my anger may blaze forth against them and that I may destroy them, and make of you a great people,” God says to Moses.

Yet, faced with the prospect of getting rid of the whiney crew who turned disloyal practically the instant he took a bathroom break, not to mention the chance to become the father of a new people, Moses begs God for mercy on the people’s behalf. Here, in one of the most painful sections of the Torah, we read one of the most beautiful quotes. “God! God! You are compassionate and gracious, slow to anger, abounding in kindness and faithfulness, extending kindness to the thousandth generation, forgiving iniquity, transgression, and sin.”

Be compassionate, gracious, and slow to anger this week. And have a peaceful shabbat.