To Bibi Or Not To Bibi? The Election Is In 8 Days And I Still Don’t Know 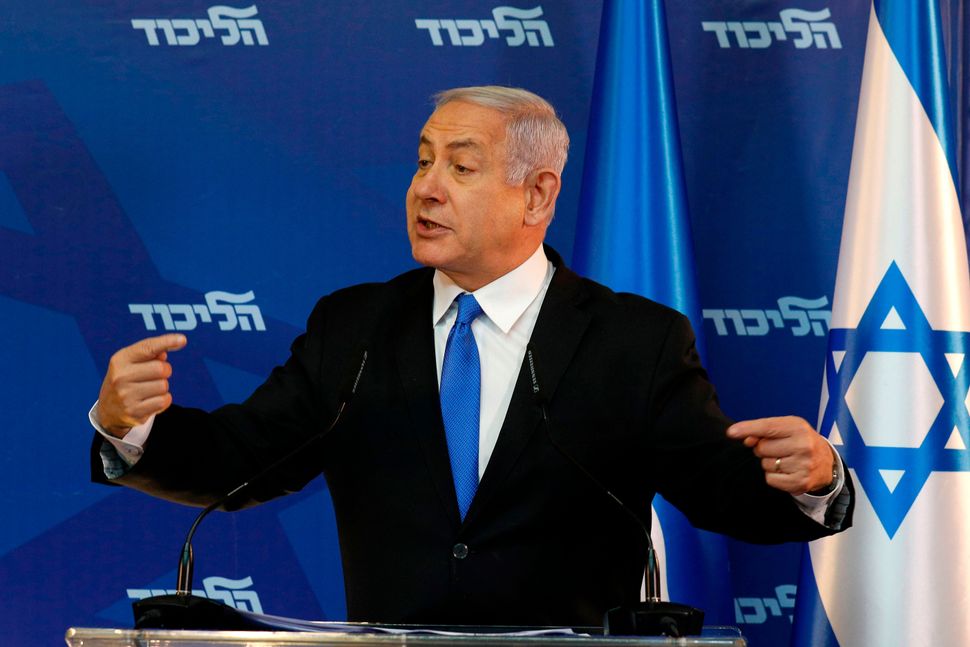 The Israeli elections are in eight days. Unlike in the US, we aren’t voting on healthcare (every citizen has it) or abortion (it’s legal and isn’t up for debate) or even immigration (a newly erected barrier in the Sinai has cut illegal immigration from tens of thousands to zero).

Here in Israel, the security situation is the number one issue on people’s minds. Some still dream of a peace process. But on the heels of over a decade of rockets in return for giving up land, and intifadas solved only with a security barrier, few remain who feel this dream can become reality.

As for me, with the election in just over a week, I still don’t know who I’m voting for.

Some days, I think I have to vote for Likud, Prime Minister Benjamin Netanyahu’s party, for the simple fact of Netanyahu’s record on security. Fewer Israelis have died on his watch than any other Israeli Prime Minister, after all. And for me, being a Zionist means in part that no one can defend us but we ourselves, and that’s got to be our primary objective. After all, if we don’t exist, we can’t fix anything else, so what else really matters?

But on the other hand, mere existence cannot be enough. And it seems like Netanyahu’s gone off the rails. He partnered with the extremist Otzma Yehudit Party, revealing that he’d do anything to stay in power. He sounds too much like Trump. And it worries me that he will align with anyone just to get elected, believing he can control them.

Still, anyone thinking that a vote for Netanyahu is a vote for racism simply isn’t paying attention to what’s happening here or respecting the people who have to live with the morning after, those who lived through the intifadas and endured their loved ones dying in wars and terror and who bear witness to the fact that the Security Barrier saves lives — both Israeli and Palestinian.

I think the world likes to forget that we live in the Middle East, and that the majority of Israelis are Sephardic and Mizrahi Jews whose families lived in the Middle East and North Africa for centuries. They came from a very different part of the world, where the strong rule and the weak die. Their parents and grandparents tell stories of lives as dhimmies, of being kicked out of their lands in the dead of night, of leaving every penny they had behind, of being lucky to get out with their lives.

They know what it was like not to have a Jewish State to go to. And no one is willing to take that chance again.

Many of them will vote for Netanyahu because they believe he can keep us safe. Many in these communities don’t really care about a few favors in exchange for Champagne and cigars, or a single, reigned-in radical in a team of over 60.

Even I believe Netanyahu has the best interests of the state at heart. And he has done an incredible job as a statesman, working on Israel’s relationships around the world.

But is that enough? We already have a state; what we need is to make it the best it can be.

And anyway, it’s Netanyahu who’s been in charge for the past 10 years as rockets have rained down on an entire generation of Israelis who only know life in 15, 30, and 45 second increments on their way to bomb shelters full of children with PTSD and anxiety.

So I’ll vote for Blue and White, I think, for a while anyway. They are the only ones who can beat Netanyahu.

But can Benny Gantz do the job? What do we know about him other than he ran the army? Can he and two other Chiefs of Staff who have never been politicians, plus Yair Lapid, run the country?

Then there’s the fact that in their hastily slapped together party, based on “anyone but Bibi,” someone had to be sacrificed, and it surprised no one that it was the women. Women number just two in the top 10 spots on the list. Those in the party with years under their belts fighting for freedom in the places where religion and state clash — and area which affects me greatly — are at the bottom of Blue and White’s priorities, as they are at the bottom of their list.

I do admire Ayelet Shaked who is so strong and so determined. So maybe, I think, I could vote for the New Right Party?

But I have concerns about her plans for weakening the Supreme Court, where we have had our wins for women’s rights against a government held hostage by the ultra-Orthodox parties. If Shaked weakens those courts as she promises to, she could be compromising hard-won women’s rights.

On the other hand, I admit, I’m very worried about a strong Supreme Court and its potential allegiance with those who want to take away the Jewish State’s identity.

What about Jewish Home? For me, they’ve gone too far right, and while I do think we need more Jewish values and history in schools, I’m hopeful we can get that without everything else that would come with that party’s influence.

Some days I think I’m going to vote Meretz. These are usually the days where religion and state is in the news, or when some idiot makes a comment that is either racist or too close to being racist to really defend.

But I can’t vote for a party that removed Zionism from its platform.

With no one I can say an enthusiastic yes to, I think about the parties that are easy to rule out.

Easiest are the ultra-Orthodox parties, who have no women on their lists and whose values do not align with mine. They have made the religion I love so distasteful to so many.

I am proud that we have Arab parties in the Knesset, but I couldn’t vote for them, either. Unfortunately, a number of those Knesset members were found visiting, aiding, and identifying with terrorists. By no means are all the party members terrorist sympathizers, but as a block, I do think they would be happy to see an end to the Jewish state.

That said, I want to vote for a party that includes Arabs, Bedouin and Druze Israelis, because I believe Arab citizens should have equal and full rights (as they do) as well as representation in government.

Labor, too, is off my list. The party is weak and floundering, though I really do like Stav Shapir and hope she finds a prominent place in government where she can work towards her ideals.

I don’t know who I’ll be voting. For but I hope the people watching the elections from afar respect where we see coming from and the choices we have to make.

To Bibi Or Not To Bibi? The Election Is In 8 Days And I Still Don’t Know