Ignore If Not Now – Birthright Is A Lefty Organization. I Should Know. I Started It. 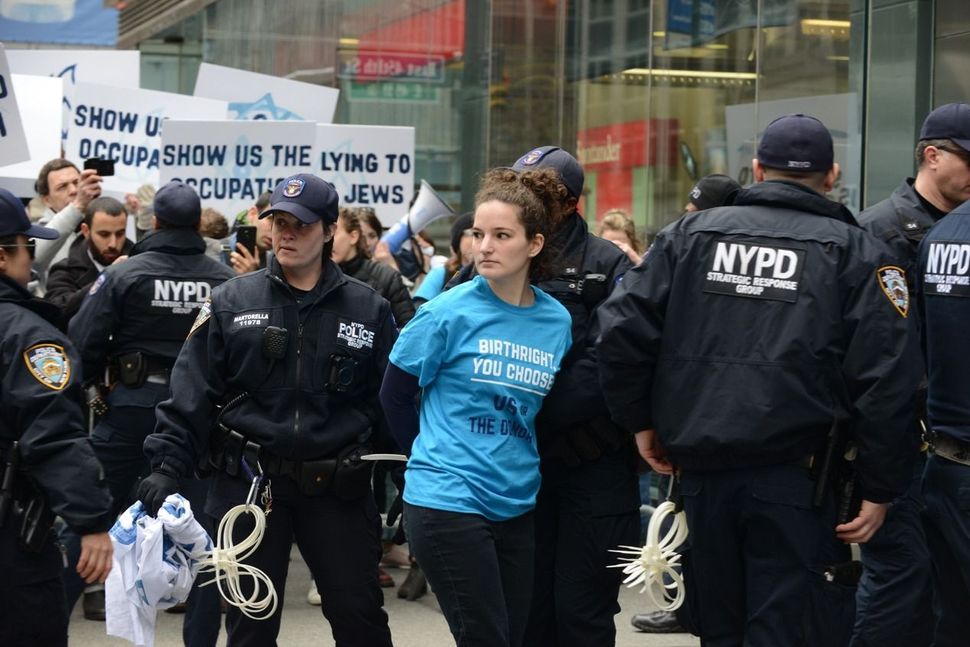 I must admit that I took it personally when I saw the pictures of members of the anti-occupation group If Not Now last Friday blocking Third Avenue in Manhattan, and then blocking the entrance to the offices of Birthright Israel. They claimed that Birthright, a program that I helped start, is lying to young Jews by “hiding” the Palestinian side of the story.

How ironic that a program which was initially opposed by the entire Jewish establishment is now being opposed by those who claim to be challenging that same establishment. The protests also engage in a devastating distortion of what the program is.

Birthright, which I initiated in 1994 and which became a reality five years later, faced a huge opposition in Israel and in the Jewish world. Indeed, young, liberal Jewish women and men are much closer to me ideologically than many others who now support Birthright. It is quite amazing to see how an almost subversive idea, which was originally rejected by the Jewish establishment, became after less than two decades an object of such protests. I really hope it’s not malice but ignorance which caused last Friday’s events. 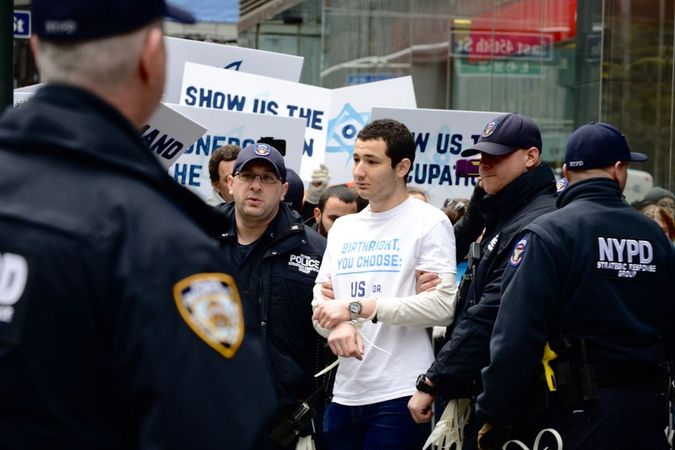 A young man is arrested while participating in the If Not Now Rally in front of Birthright’s New York headquarters. Image by Gili Getz

The truth is that Birthright came from the same drive as another initiative I was deeply involved with: the Oslo peace accords.

Back in 1994, I was very busy with efforts to implement the Oslo process, which Terje Rod-Larse and myself had begun two years beforehand. Parallel to that, as Israel’s deputy Foreign Minister, I traveled extensively to the US and to other countries, and I used the opportunity of those official visits to meet with local Jewish communities. It was during these travels that I became very worried about the prospects for Jewish continuity.

Analyzing the numbers of unaffiliated Jews and the small number of young Jews visiting Israel, my idea was to address the annual cohort of Jews outside of Israel, whose number was (and remains) about 100,000. I wanted to invite these young people to Israel for few days, at the expense of the Israeli government, Jewish philanthropists and Jewish communities. My idea was to try and create a wide network of young Jews from around the world and from Israel, to increase awareness of the common Jewish story, not as a religion but as extended family.

But not everyone agreed with me. In Israel, I was told by the Jewish Agency and by my colleagues in the Knesset that if there was so much money lying around, it should be invested in the Israeli periphery, and not in American and other rich students, who might prefer to visit other places but could easily afford to buy a flight ticket to Tel Aviv.

In the US, I was told that it would be impossible to sustain such trips for long, and when “Birthright” failed, it would be very difficult to recreate all those local initiatives which offered trips to Israel, financed jointly by the Jewish Federation, local temples and families.

Some of the philanthropists who later on were pivotal in the success of the project, like Michael Steinhart and Charles Bronfman, told me that the idea was not realistic, and that the free ticket would not be attractive enough for the youngsters.

I was not invited to speak at the General Assembly of the North American Jewish Federations in Denver in 1994, and some young volunteers distributed my plan, in a very informal way to the delegates. The establishment was opposed, and afraid of my idea.

Only five years later, when Steinhardt and Bronfman were convinced that Birthright was a potential game changer, and only after the Barak government on which I served as a Justice Minister was established in Israel, did the plan become operational.

The Birthright trips are not a panacea, but rather play a role in the lives of the young visitors, who keep coming to us again and again, who create lifelong friendships among themselves and the Israeli youngsters whom they met in Israel.

For me, the Birthright bus, and the dynamics which take place there, is much more important than Masada. And there’s simply nothing political about that.

Similarly, the content of the Birthright trip is not donor-oriented. The operators are selected by tenders, and they offer the visitors many options for their visit.

Perhaps the worst distortion of the anti-Birthright protests is about the West Bank. The truth is, none of the trips take place outside Israeli sovereignty, and those who want Birthright to include the West Bank are the ones ironically referring to the occupied territories as if they were annexed to Israel. Thanks heaven, that has not happened yet, and it should not be encouraged.

On the other hand, there is no reason not to use the free tickets in order to stay longer, and to organize private visits to the Palestinian areas. No one can or wants to hide the Palestinian-Israeli conflict and its painful ramifications.

For me personally, Birthright and Oslo come from the same place. The continuity of my extended family is the most important public passion for me, especially against the background of the Holocaust, but not only because of that. One side of it is reinforcing Jewish continuity, and on the other is having peace with the Palestinians, and assuring us a border behind which there will be a Jewish majority that will allow them to have their own independent state, which they fully deserve.

Blocking Birthright offices, even symbolically, is taking aim at the wrong target. Instead, young Jews upset about what’s going on in Israel should use the opportunity, spend ten days in Israel, meet Israelis, meet each other, ask tough questions, see the achievements and the failures of the Jewish state, and then meet with the Palestinians.

The conflict is far from insoluble. If Not Now should become part of the solution, not part of the problem.

Dr. Yossi Beilin is a former Israeli Minister of Justice, a coauthor of the “Beilin-Abu Mazen” document (1995) and the initiator of the “Geneva Initiative” (2003). He is the chairman of the board of Hillel in Israel.

Ignore If Not Now – Birthright Is A Lefty Organization. I Should Know. I Started It.