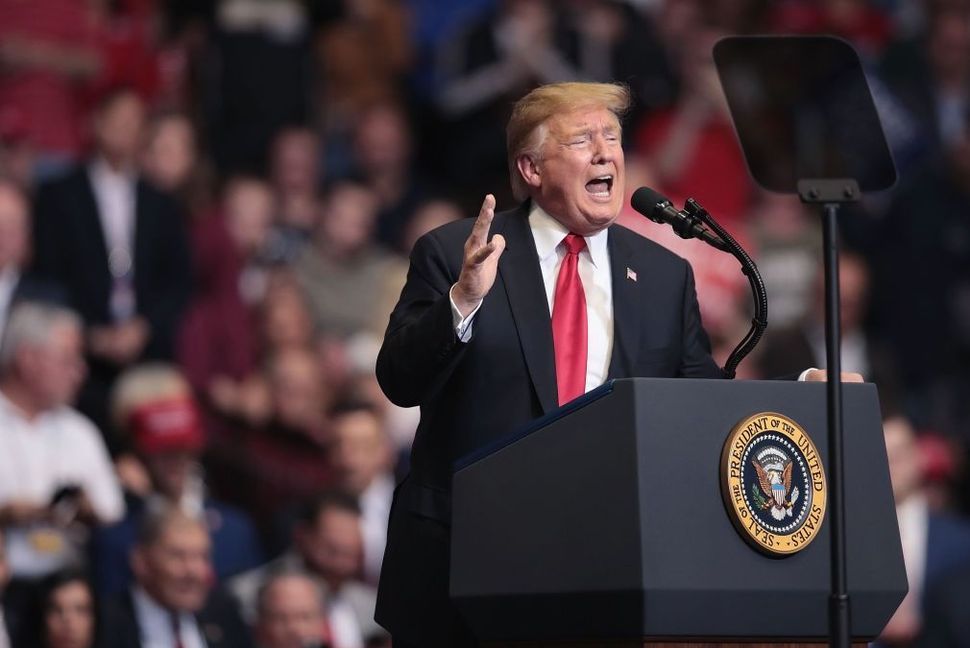 New York Times columnist Michelle Goldberg was not pleased at the results of the Mueller investigation and the attempt by Attorney General William Barr to spin it in favor of President Trump.

“That arrogant, willfully misleading press conference was shocking even by 2019 standards. We continue to underreact to our government’s transformation into an authoritarian junta,” she tweeted.

That arrogant, willfully misleading press conference was shocking even by 2019 standards. We continue to underreact to our government’s transformation into an authoritarian junta.

The comment was more than a little bit confusing to me. The United States isn’t an authoritarian junta — and I should know. My parents are from Pakistan and I spent quite a few summers in the country as its leadership oscillated from civilian governments to military governments. During graduate school, I had the opportunity to befriend a Pakistani journalist who was part of the protests that helped bring down the military government of General Pervez Musharraf.

In order to topple Musharraf’s regime, thousands of Pakistanis — including lawyers in suits — took to the streets to defend an independent judiciary, in a series of events that eventually resulted in free elections once again. Many of the protesters were met with tear gas, and were willing to endure physical violence to defend their country’s democratic system.

But that’s in a moderately repressive dictatorship. Prior to going to graduate school, I had an opportunity to meet a Syrian journalist who fled the country during the revolution. He described atrocities that would be unimaginable in the United States. I asked him how the people could continue to protest even when facing a government that was murdering its people just for speaking their minds. “After six months, there is no fear,” he told me, evincing a sort of bravery I have rarely seen here in the States.

When I think about the examples of Pakistan and Syria, I count myself as blessed to live in the United States, which is overall a very free and prosperous country. We are far from being ruled by an authoritarian junta. In a dictatorship, critics are punished with jail time or death. In the U.S., thousands of activists, media personalities, and even comedians are making successful careers based on criticizing the president. In a dictatorship, you can’t vote out the government; as the case with Pakistan showed, people had to risk life and limb to displace Musharraf. In the United States, just this past November, the ruling party suffered massive defeats at the local, state, and federal level.

So then why is there so much fear and panic on social media? Why is political hyperbole so common?

Part of the reason why is because there is a deep tradition of what historian Lisa Vox calls “apocalypticism” in the United States. We have a deep cultural strain that always sees the end of the world around the corner. Historically, this has been powered by certain religious beliefs like dispensational premillennialism, which is a belief among some Christians that Jesus will return in their lifetimes and the world as we know it will end. More recently, it has been adopted in more secular forms that see the world as growing ever worse.

Social media companies make this form of apocalypticism worse because they give people incentives to always use the harshest and most moralistic language; your words are more likely to be shared if you are outraged than if you are calm or measured. It makes politics a rhetorical arms race where you have to use increasingly alarmist language in order to climb the social media prestige ladder.

This isn’t to say that our response to social and political problems should be to ignore them or to downplay very real issues in America; that would be the opposite extreme of outrage culture.

But it is to say that we can properly contextualize our social and political problems and respond in thoughtful and measured ways without simply reacting to hyperbole.

We often turn to hyperbole and public displays of anger when we feel like we have no other options to enact political change. But there are alternatives to constantly displaying our outrage to our peer group.

If you happen to oppose President Trump’s policies on immigration, for instance, you can lobby your lawmaker to introduce legislation opposing his policies; if that doesn’t work, you can work to elect someone different as your representative, or volunteer for a presidential candidate. November’s elections showed that the U.S. political system is flawed but fundamentally intact: You have ways to redress your grievances that don’t exist in any authoritarian junta.

While it may seem like I’m picking on the political left, a similar dynamic exists on the political right. When President Obama sought to enact a modest health care reform plan based on a template partly created by the conservative Heritage Foundation, many on the right denounced him as setting up “death panels,” and it was a common refrain during his presidency that he was going to massively redistribute wealth and fundamentally alter capitalism. If that was his goal, he was pretty bad at it. Most income gains under Obama went to the very-richest.

If, say, Bernie Sanders is elected the next president, we may see this polarization cycle once again re-emerge, with conservative lawmakers already analogizing his worldview to that which created the humanitarian disaster in Venezuela. But if Sanders simply wants the top tax rate to be something closer to what it was under the first term of President Reagan, he’s hardly destroying American capitalism.

That doesn’t mean you should just shut up about your opposition to Sanders’s tax policies or Trump’s immigration policies. But if we can take deep breaths and respond thoughtfully in our political arguments, we can both be more persuasive towards those who don’t share our exact worldview and reduce the sort of social anxiety that’s making us miserable.