If Donald Trump Were To Lead A Passover Seder 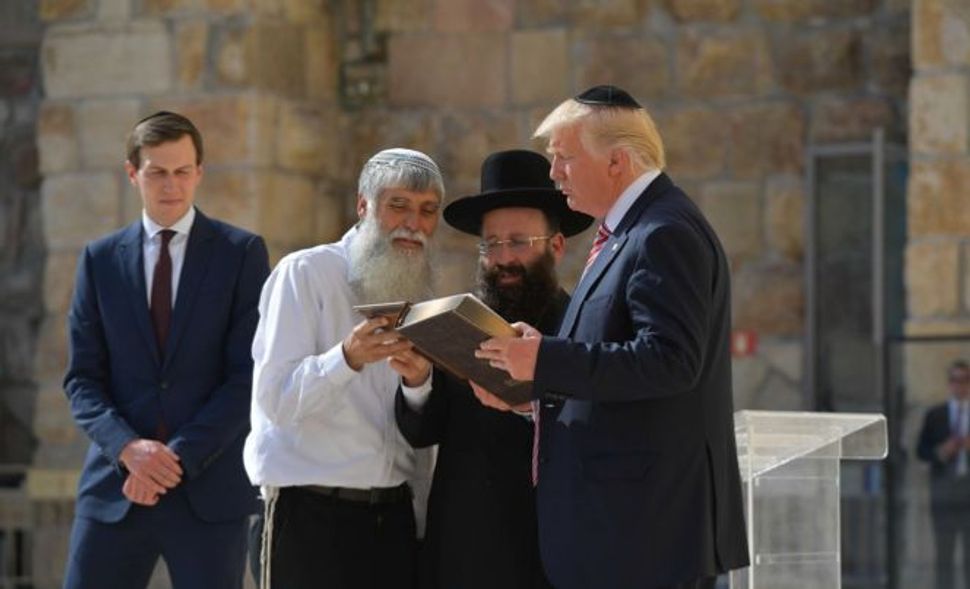 US President Donald Trump listens to Rabbi Shmuel Rabinovitch (C) during a visit to the Western Wall, the holiest site where Jews can pray, in Jerusalem’s Old City on May 22, 2017. On the left, Trump’s son-in-law and senior advisor Jared Kushner. Image by Getty Images

“I’d only ever been to one Passover. Back in 1984, when my best Jew lawyer, Roy Cohn, finally convinced me to accept one of his invitations to a Seder at his penthouse in Manhattan. Frankly, there’s only one word to describe that night. Boring. Even with Madonna as my date, and I’m talking still-hot, pre-pregnant, pre-Kabbalah Madonna, it was unbearable. Before we could eat, we had to take turns reading from these old, raggedy, dirt — filthy really — paper manuals, these Haggadahs, right, that’s what you call them? Well, let me tell you, they’re very low energy, very poorly written stuff, and the whole thing went on forever, I left after the second cracker course.” 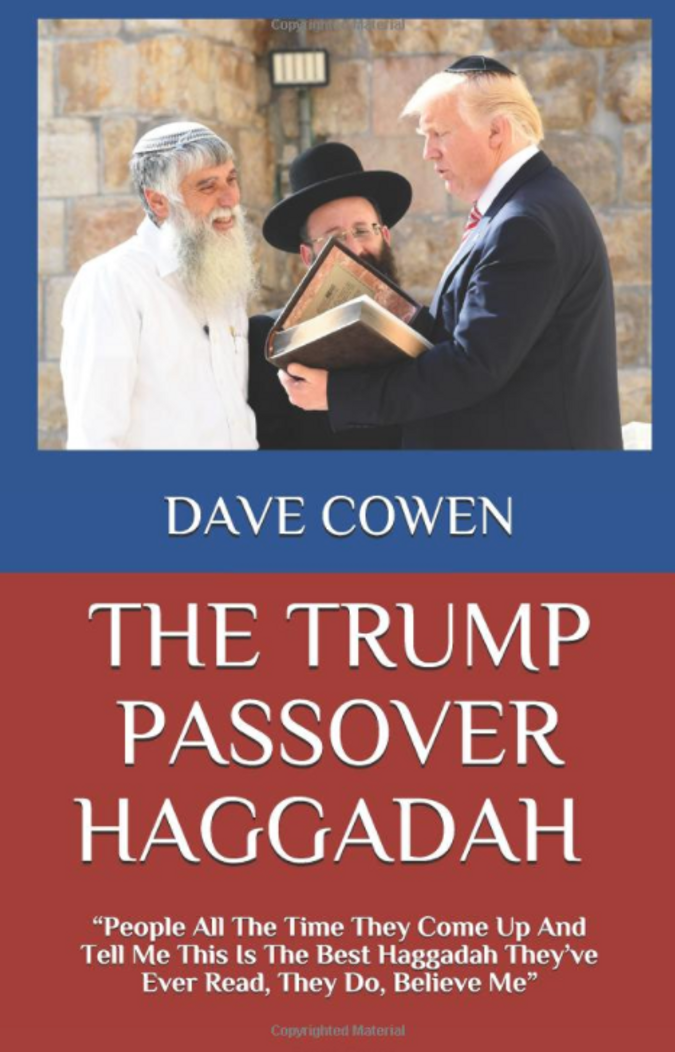 And so begins Dave Cowen’s satirical Trump Passover Haggadah, currently on the Amazon bestseller list in political humor, for a bargain $6.23. Similar in style to the brilliant McSweeney’s take on the Kushner family Passover Haggadah, this one offers a script of what a White House Seder might look like in 2018 — some SNL-worthy, some rather corny — with a full cast of characters:

Melania sets the table (“We need cushions at each seat for reclining. We already do that, too! Donald likes to eat his meals on the couch while getting debriefed by Fox & Friends.”).

Mike Pence insists they wait for his wife to arrive before making Kiddush, because “unless my wife is present, I can never…attend an event where alcohol is being served”.

Jared recites the Shehecheyanu prayer, thanking Daddy for his job (“Don’t worry, everyone, Kush is on it, Kush is a big boy, he handled the stress of his Bar Mitzvah, he can handle this.”)

And Bernie Sanders shows up and does the Afikomen (“We’ll give a piece of the ‘poor man’s bread’ to every one of the 150 million American families who are not in the 1%”).

The four questions are of course asked by Ivanka (the wise child), Tiffany (the wicked child), Donald Junior (the simple child), and Eric (the child who doesn’t know how to ask).

Just remember, as you read, to recline to the right. Far right.

Are you nauseous yet? I know I am. But I suppose it’s the age-old Jewish resort to humor — even in the ugliest of times.

This year in the White House. Next year, comrades — in Moscow. 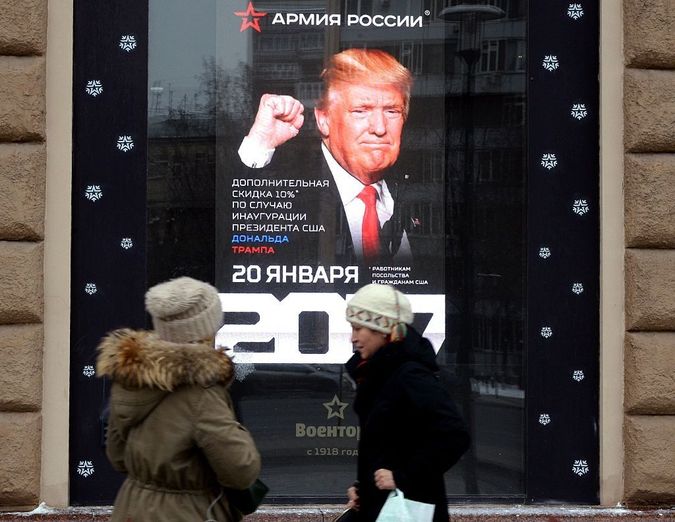 Women walk past an advertising board of a Voentorg shop displaying a portrait of US President-elect Donald Trump in central Moscow on January 19, 2017. Image by Getty Images

If Donald Trump Were To Lead A Passover Seder