Democrats Hate Bibi But Not Israel – Just Like Their 2020 Candidates, Study Finds 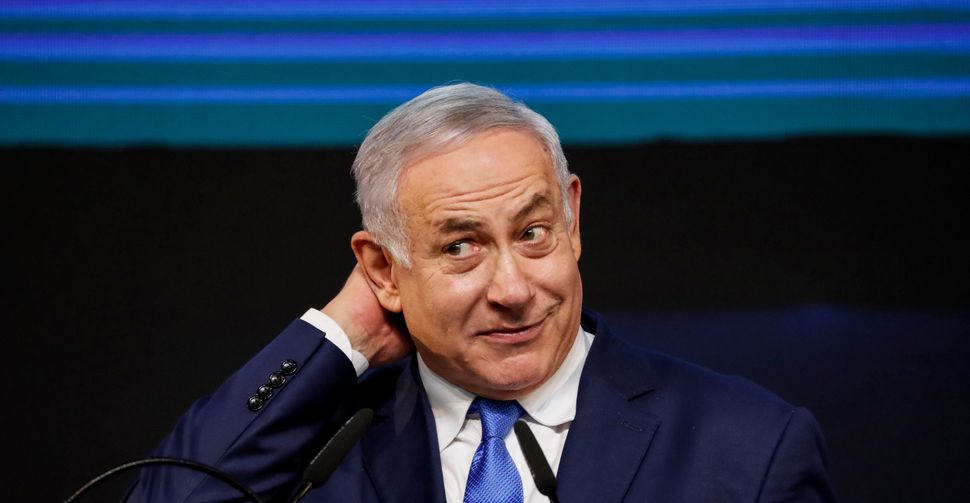 The U.S.-Israel alliance serves America’s interests. We benefit from the close bonds between the governments and peoples. Name-calling by political leaders against the democratically elected government of Israel is counterproductive to maintaining close ties and advancing peace.

But Sanders had also affirmed in no uncertain terms Israel’s right to exist in peace and security, echoing similar remarks made by fellow presidential candidates Beto O’Rourke, Amy Klobuchar, and Elizabeth Warren. “I am 100% pro Israel,” Sanders said.

On Wednesday, evidence in the form of a survey emerged that Americans, but especially Democrats, are in closer range to Bernie’s views than those of AIPAC and the RJC. The partisan differences over Israel appear to be cementing and they’re likely to endure regardless of whether the next Democratic presidential nominee is Senator Sanders or someone more aligned with the traditional pro-Israel establishment.

But the survey also accentuated an important fact: Democratic voters critical of Israel are more than capable of grasping nuance, balancing positive views of Israelis with reproachful attitudes toward their leaders — just like Sanders, Klobuchar and Warren.

What this means is that those speaking of a “Corbynization” of the Democratic Party are either prematurely panicking or engaging in wishful thinking.

However, the poll, which was taken over the first two weeks of April, found that Americans rather liked Israelis as people, with 64% of the country holding positive views of them. Here, too, there was a noticeable partisan difference with 77% of Republicans holding those warm views versus 57% of Democrats.

Nevertheless, Pew’s research bolstered the narrative that support for Israel in the Democratic Party is in overall decline. These historically low numbers for Israel in the party follow not only 8 years of tension between Netanyahu and a popular Democratic president; they also come amidst extraordinarily close relations between President Trump and Netanyahu.

Given this glum dichotomy, few jaws dropped when the survey was released. What could Israel expect after repeatedly going the extra mile to flatter and stroke the ego of the main exponent of the racist “Birther” conspiracy theory? Writing in Ha’aretz, Chemi Shalev observes that Democrats are starting to view Netanyahu as an extension of Trump, the leader of his “foreign legion” in the campaign against liberal norms and progressive values.

Now that some Democratic candidates are pledging to reinstate American backing of the Iran nuclear agreement in 2021 (assuming Iran remains in compliance), the partisan divide on Israel is likely to intensify.

While a range of views have been expressed among the party’s leading candidates, even those with lengthy pro-Israel records have so far not come to the defense of Israel’s leaders. There is simply no good reason for prominent Democrats to associate themselves even tangentially with Netanyahu and his brand of right-wing and, yes, racist politics.

What this means for the future is somewhat less certain. Will Democrats’ views toward the Israeli government soften after Netanyahu leaves office? Or will Palestinian-Americans and their allies continue to make inroads on the American center-left and build independent pillars of support to directly confront the status quo, thereby driving the party further to the left?

These questions can’t be answered in total confidence today. But it seems clear enough from the data that Humpty Dumpty won’t be put back together again so easily.

American pro-Israel groups would do well to set modest expectations instead of trying to turn back the clock in the Democratic Party in order to meet Trump and Netanyahu, which would risk a bitter confrontation with progressives.

They should understand the chances of the next Democratic administration maintaining all the favorable positions Israel managed to extract from the Trump administration are remote. Instead of pining for a Democratic Nikki Haley, they should learn to appreciate the sensible and critical approach of a new generation of Democrats.

Democrats Hate Bibi But Not Israel – Just Like Their 2020 Candidates, Study Finds