Enough With The Victim Narrative. Jews Have So Much To Celebrate. 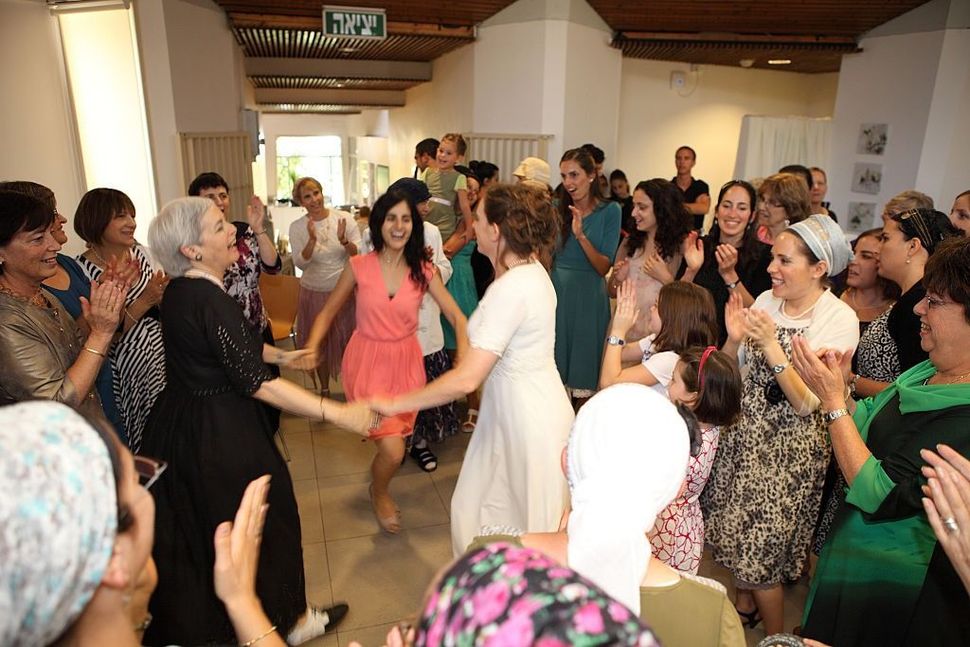 There is a dissonance between the Jewish story and the way we tell that narrative. We are a people who have demonstrated an inverse relationship between numbers and impact for thousands of years. We represent an unparalleled catalyst for curiosity and growth. As we celebrate the 71st year since its rebirth, the State of Israel has achieved mind-boggling feats, against seemingly insurmountable odds, and this is just part of the incredible story we have to tell.

Still, this is not the story we tell. Instead, victimization and crisis are deeply ingrained within our narrative as a people. We are all too focused on reactively extinguishing fires rather than proactively sowing seeds and planting trees.

To a certain degree, this makes sense. We are living through a time of rising anti-Semitism, which has ascended heights unseen for generations.

But it’s not just this recent spate of white nationalist attacks. Having grown up in Sydney, Australia, where so many in the community are descendants of survivors, the Holocaust has always been a core component of the community’s Jewish identity. The Gen17 Australian Jewish Community Survey found that 95% of participants saw remembering the Holocaust as important to their personal Jewish identity, marking it as the highest factor.

Similarly, the 2013 Pew Report revealed that a staggering 73% of U.S. Jews see remembering the Holocaust as essential to their sense of Jewishness, and there are many other studies that reflect the same global trend.

Threats to one’s Jewish identity often provoke an instinctive reaction of protectiveness. But it’s essential for those who care about Jewish continuity that we change course, and not just focus on the recent – or historic — threats. Focusing on Jews as victims who are constantly embattled does a disservice to our community and our history.

When teaching Jewish history, the Holocaust must, of course, be given due attention, but it should not become an emotional crutch alone. The most effective Jewish teachers also focus on the incredible array of Jewish cultures and traditions that emerged over the last 2,000 years, helping young Jews realize that traditions have continued relevance and can be built upon in modern Jewish practice.

While this narrative continues to inspire a sense of Jewishness, it has generally not been strong enough to translate emotion into action in a consistent and pervasive way. As such, this negative narrative is becoming increasingly ineffective and yet crisis remains the dominant narrative — even for Israel.

The establishment of the State of Israel has been coupled with significant general improvements for global Jewry, and (until recently) many Jews were not directly exposed to anti-Semitism and the powerfully emotional tribalism it can induce.

And yet, the Israeli timeline, as taught and discussed, is focused on wars. The years 1948, 1967, and 1973 are, in the Jewish psyche, some of the most powerful dates in modern Jewish history and often synonymous with Israel, despite its many other achievements.

Of course, these wars must be taught and discussed. And yet, they have replaced all of the positive factors with the doom and gloom victim narrative.

As we stand between Yom HaShoah (Holocaust Remembrance Day), Yom HaZikaron (Israeli Memorial Day) and Yom HaAtzmaut (Israel Independence Day), three days that embody the complex duality of tragedy and triumph, we must consider how to shift this balance towards the positive. We must stand tall and say that we are proud to be Jews, not because of terrorism, violence in places like Pittsburgh of Poway, or Israel’s enemies, but in spite of them.

I have seen too many Jewish educators double down on Jewish victimhood, limiting their educational impact by focusing on instilling a responsibility to lead Jewish lives purely because the victims of prior generations could not. To me, this underscores a lack of confidence in our ability to inspire positivity and pride.

Judaism, when lived fully, includes enriching, positive substance that can make a far more enduring impact on the individual than the declining sense of obligation to marry Jewish and the uninspired schlep to a synagogue on the High Holidays. On the other hand, exposure to the Shabbat experience, for example, can lead to an appreciation that supposedly disruptive restrictions can grant the freedom and headspace to value the truly important things in life.

Jewish teachings about charity and hospitality allow one to appreciate how an ancient moral compass can enhance quality of life for the most vulnerable members of modern society. And a deeper understanding of the vibrant, nuanced, multi-faceted reality of Israel can allow one to acknowledge its issues while seeing past its falsified reputation and appreciate the truth of its inclusivity and flourishing democracy.

A healthy Jewish communal body cannot thrive on a diet of tragedy alone. It cannot devolve into a skeleton devoid of bone marrow based on external threats, and instead must celebrate the inner beauty of Jewish life. To move from oy to joy, we need a paradigm shift in our pedagogy. The impetus for Jewish living must come from inside the Jewish world, being proactive rather than reactive. We must begin by truly believing that the Jewish story is worth telling and then reconsider how we tell that story.

After all, our children no longer want to hear how not to leave. They need to experience why they must stay.

Rabbi Benji Levy is the CEO of Mosaic United.

Enough With The Victim Narrative. Jews Have So Much To Celebrate.